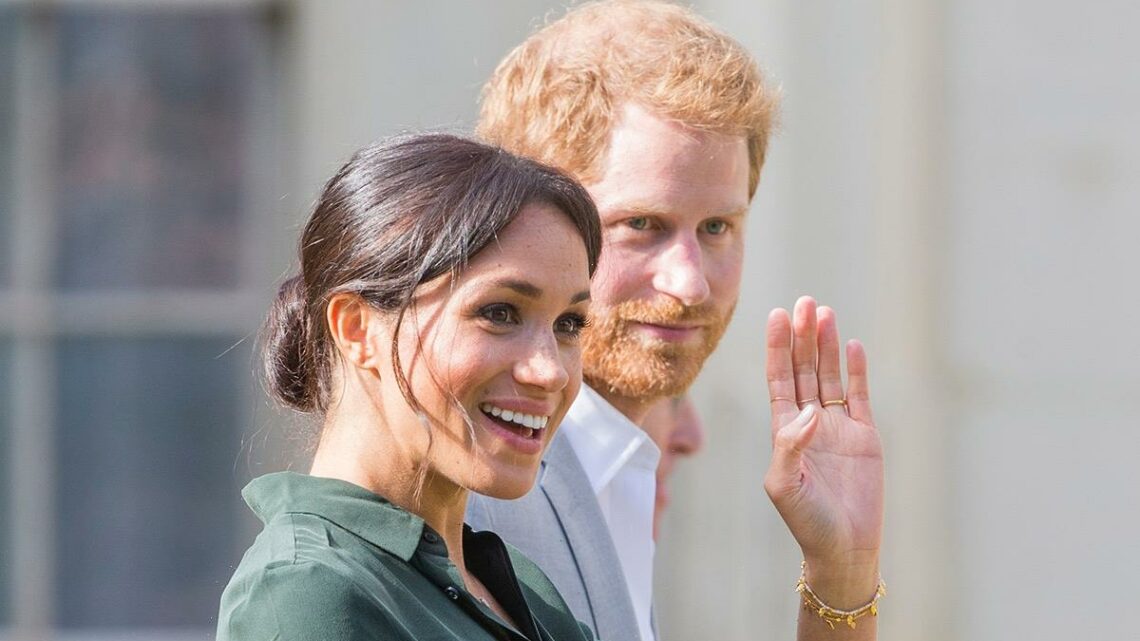 Congratulations to Meghan Markle and Prince Harry who are celebrating the safe arrival of their baby daughter. The couple confirmed the birth of their little girl on Sunday in a statement which began: “It is with great joy that Prince Harry and Meghan, The Duke and Duchess of Sussex, welcome their daughter, Lilibet “Lili” Diana Mountbatten-Windsor, to the world.

“Lili was born on Friday, June 4 at 11:40 a.m. in the trusted care of the doctors and staff at Santa Barbara Cottage Hospital in Santa Barbara, CA. She weighed 7 lbs 11 oz. Both mother and child are healthy and well, and settling in at home.”

The happy news has reignited interest in the couple’s status following their decision to step down as senior royals – in particular, whether or not their daughter will inherit a title.

In short, the answer is no. In 1917, King George V ordered that only the grandchildren of the monarch – Prince William, Prince Harry, Princess Beatrice and Princess Eugenie – would be entitled to use the style of Prince or Princess and HRH. Notably, Princess Anne opted not to give her children Peter and Zara titles.

MORE: Prince Harry and Meghan announce daughter’s name – the sweet meaning behind it

The couple’s son Archie does not have a royal title

In 2012, the Queen issued a new Letters Patent that the rule would be extended to all of Prince William’s children, and not just his eldest child.

With that in mind, Prince Harry and Meghan’s daughter and their son Archie will only be able to inherit prince and princess titles once Prince Charles becomes king since they will then be grandchildren of the monarch.

However, it is entirely possible that Prince Charles will issue a Letters Patent of his own, which would restrict the title of HRH to the heir to the throne and their immediate family to reflect the ‘slimmed-down’ monarchy, given the fact there are fewer working members.

Alan Parsons, Marillion To Headline ‘Cruise To The Edge’ 2022