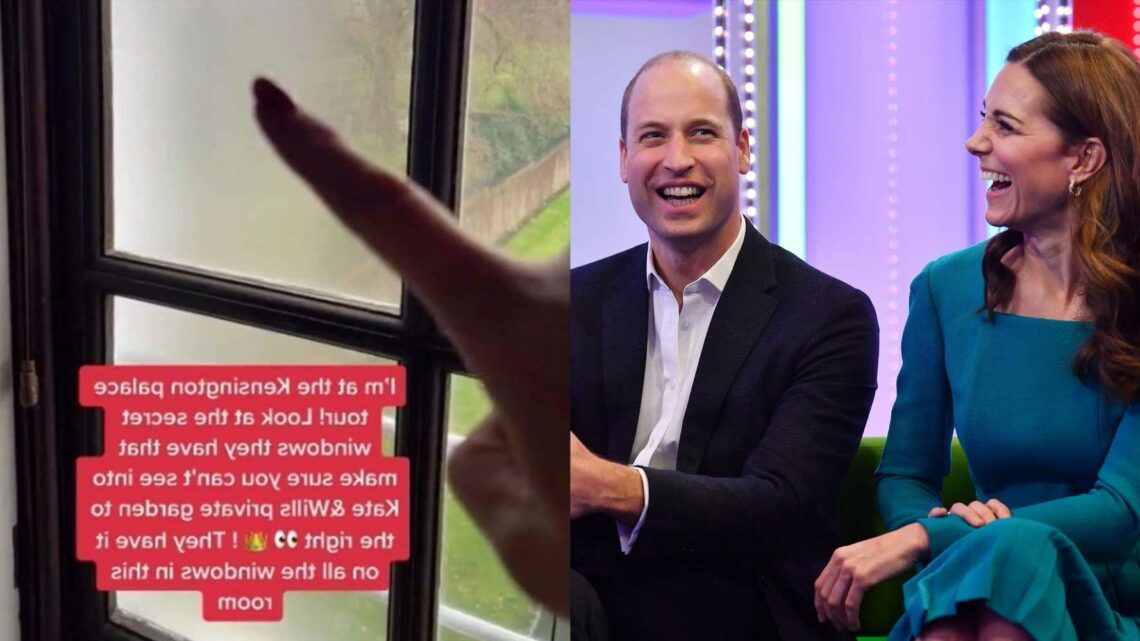 One of the most stressful things about being a working royal has to be living (even if it’s just for part of the year) in places that members of the public can pay to walk through. For just £16.00 (about $21.65), for example, tourists and royal stans can explore parts of Kensington Palace, which also happens to be home to some members of the royal family in London.

Prince William, Kate Middleton, and their kids, Prince George, 8, Princess Charlotte, 6, and Prince Louis, 3, call the swank palace home when they’re living the city life. Just because the public has access to the Palace, though, doesn’t mean the Cambridge fam is living in a fishbowl. Apparently, Will and Kate have some pretty smart hacks in place to protect their privacy.

According to The Sun, TikTok user Laura-Ann Barr (whose username is @allthatspretty) revealed that Kensington Palace has strategically-frosted windows that make it impossible for tourists to see into Will and Kate’s private garden. And, TBH, it’s more effective than it sounds like it would be:

“I’m at the Kensington Palace tour!” she wrote on a clip showing off the blurry view from some of the Palace’s windows. “Look at the secret windows they have that make sure you can’t see into Kate & Will’s private garden to the right. They have it on all the windows in this room.”

It’s not clear if the “secret windows” are something Will and Kate requested or if they were already in place before the couple moved in. The Cambridge family’s living quarters, Kensington Palace’s Apartment 1A, used to be occupied by the Queen’s sister, Princess Margaret, but Will and Kate took over the space in 2013, the same year they welcomed George, and it became their family’s primary residence in 2017.

Also, for the record, the fact that Will and Kate’s home is called an “apartment” is almost definitely painting a very inaccurate mental picture of its size. Apartments usually range from “shoebox sized” to “exactly big enough to be comfortable,” but Apartment 1A is ginormous, with four stories and 20 rooms. And keep in mind there are other “apartments” and still areas left over that aren’t actually people’s current private homes for the public to traipse about. #PalaceLife

You’re not alone: network of tips and advice for those stuck in COVID isolation
Recent Posts