Jabari Banks got the surprise of a lifetime when Will Smith told him that he landed the lead role in the reboot of ’90s sitcom ‘The Fresh Prince of Bel-Air’.

Jabari Banks‘ life is about to get flipped, turned upside down. The young actor just discovered that he landed the role of Will Smith in Peacock’s reboot of ’90s sitcom, The Fresh Prince Of Bel-Air — and Will Smith was the one to deliver the joyous news.

Peacock made the announcement on August 31, when they shared an emotional video of Will congratulating Jabari. “This is Jabari Banks. In 10 seconds his whole life is about to change,” text at the beginning of the video reveals. Then Will jumped on a video call with Jabari and told him, “From the deepest parts of my heart, I want to say congratulations to you. You have the role of Will on Bel-Air.” 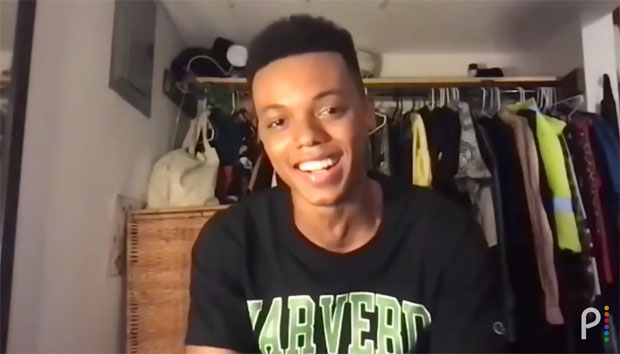 The show’s official logline read: “Set in modern-day America, Bel-Air is a serialized one-hour dramatic analogue of the 90’s sitcom The Fresh Prince of Bel-Air that leans into the original premise: Will’s complicated journey from the streets of West Philadelphia to the gated mansions of Bel-Air. With a reimagined vision, Bel-Air will dive deeper into the inherent conflicts, emotions and biases that were impossible to fully explore in a 30-minute sitcom format, while still delivering swagger and nods to the original show.”

The project was inspired by writer-director Morgan Cooper’s viral fan film Bel-Air. The four-minute spec trailer that debuted in March 2019 caught the attention of Will, and it has already received a two-season order.

Interestingly, Jabari Banks, who already shares the last name of several characters in the series, lives in West Philadelphia, so he’s perfect for the role.