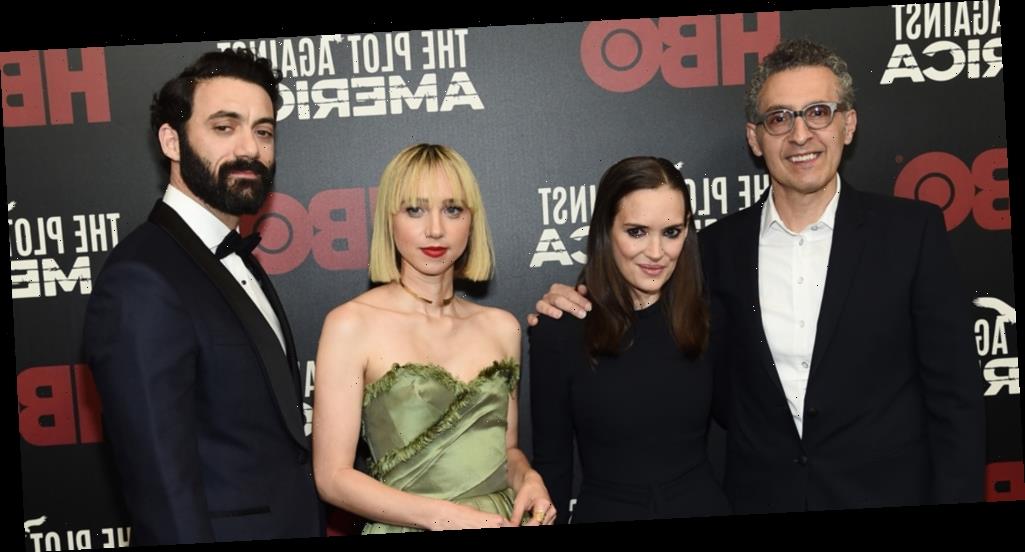 Winona Ryder and Zoe Kazan get sandwiched in by John Turturro and Morgan Spector at the premiere of HBO’s The Plot Against America held at Florence Gould Hall on Wednesday night (March 4) in New York City.

The Plot Against America imagines “an alternate American history told through the eyes of a working-class Jewish family in Newark, New Jersey, as they watch the political rise of Charles Lindbergh, an aviator-hero and xenophobic populist, who becomes president and turns the nation toward fascism.”

The series is set to debut on March 16.

25+ pictures inside of The Plot Against America premiere…