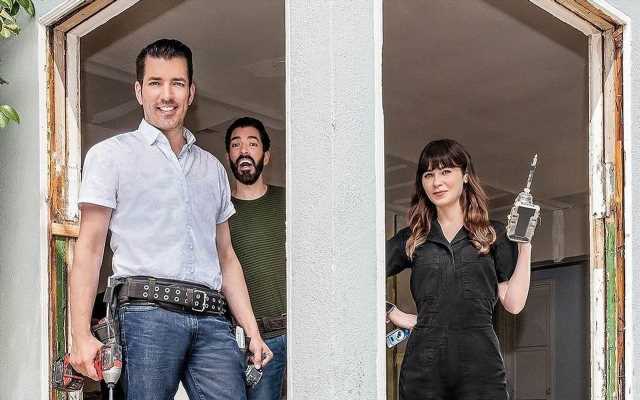 The ‘New Girl’ actress apparently has no problem telling her beau Jonathan Scott and twin brother Drew apart even before she met the ‘Property Brothers’ duo.

AceShowbiz –Zooey Deschanel can’t understand why so many people get her identical twin boyfriend Jonathan Scott confused with his brother.

The “New Girl” star has been dating the “Property Brothers” star since they met on a 2019 episode of James Corden‘s “Carpool Karaoke” segment along with Zooey’s fellow actress sister Emily.

And she seems to be the only person in the world who has no trouble telling her boyfriend and his brother Drew apart.

“To me, they don’t look alike at all, and their personalities are so different…,” Zooey tells Kelly Clarkson on her daytime U.S. talk show.

“What’s so funny is even before we met…, I was with my sister, and my sister was like, ‘I cannot tell them apart’… And I said, ‘What do you mean? They look so different to me.’ “

Zooey also opened up about her private life with the property expert, revealing they share quirky favourite hobby. “We play a lot of games and we love doing escape games,” she laughs.

It was apparently love at first sight for both of them. “We talked almost every day after we met,” Jonathan previously shared. “When we started dating, it was just…all of the things lined up…. (It was everything) I had been looking for in a person for years and years and years – and it was the same for her.”

He “struck gold” quarantining with the actress during the lockdown because she’s an “incredible chef.”

'Gilmore Girls': Town Meetings Took So Long to Film Sally Struthers Invented a Game to Get Through Them
Recent Posts