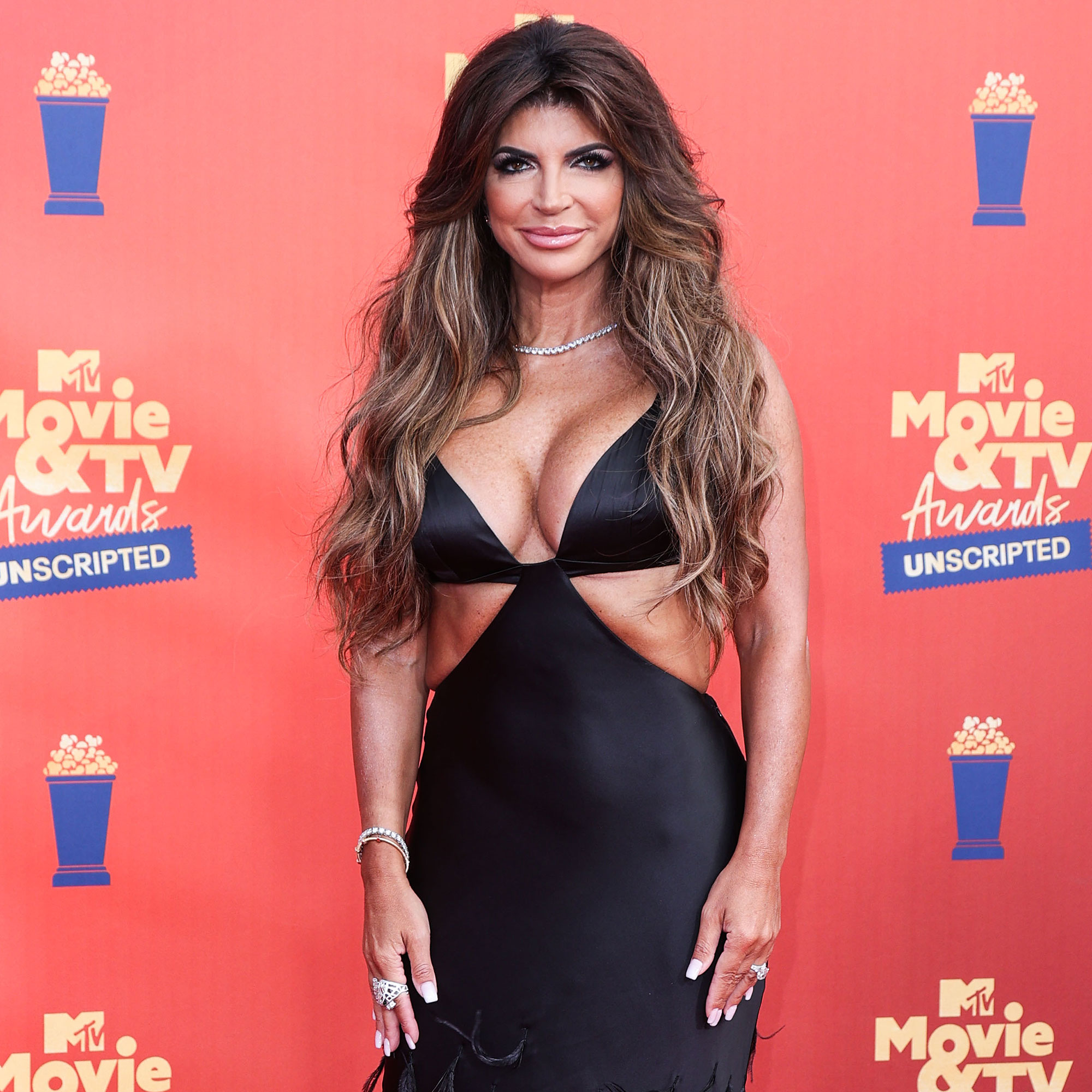 For her wedding to Luis Ruelas, Teresa Giudice wanted to make a big statement … with her hair.

The Real Housewives of New Jersey star, 50, who said “I do” on Saturday, August 6, rocked a towering mane of curls, packed with $7,000 worth of hair extensions, according to her hairstylist Lucia Casazza.

“As we know, Teresa is the queen of Jersey. We needed hair that was fit for a queen,” Casazza told Andy Cohen on his SiriusXM radio show Andy Cohen Live on Monday, August 8. “You know what we stand for in Jersey, you go big, or you go home,” the beauty guru, who has been working on Giudice’s mane since season 3 of the Bravo franchise, said.

Giudice wanted something “over the top,” sending Casazza “elaborate” and “fabulous” looks from traditional Italian and Mediterranean weddings, the hair expert told Cohen.”[Teresa] is always about the hair.”

Casazza also shared Ruelas had a say. “Luis loves her hair out of her face,” Casazza explained.

With that in mind, Casazza, Giudice and the Jersey native’s daughter Gia picked out a sparkly crown — a piece Casazza built the entire hair look around.

Inside Teresa Giudice and Luis Ruelas’ Rehearsal Dinner Ahead of Their Romantic Wedding: Photos

“It was all human hair … We added extensions. We used clips,” Casazza said. From there, Casazza created an “insert,” which she added more extensions to, creating the rounded poof that sat above Giudice’s tiara.

In total, Casazza used seven bundles of hair, two packs of clip-ins and over 1,500 bobby pins to keep Giudice’s tresses in place, she explained to Cohen. “[Her hair] took over $7,000 worth of extensions … and that kind of styling cost $2,500,” Casazza shared when asked about pricing. 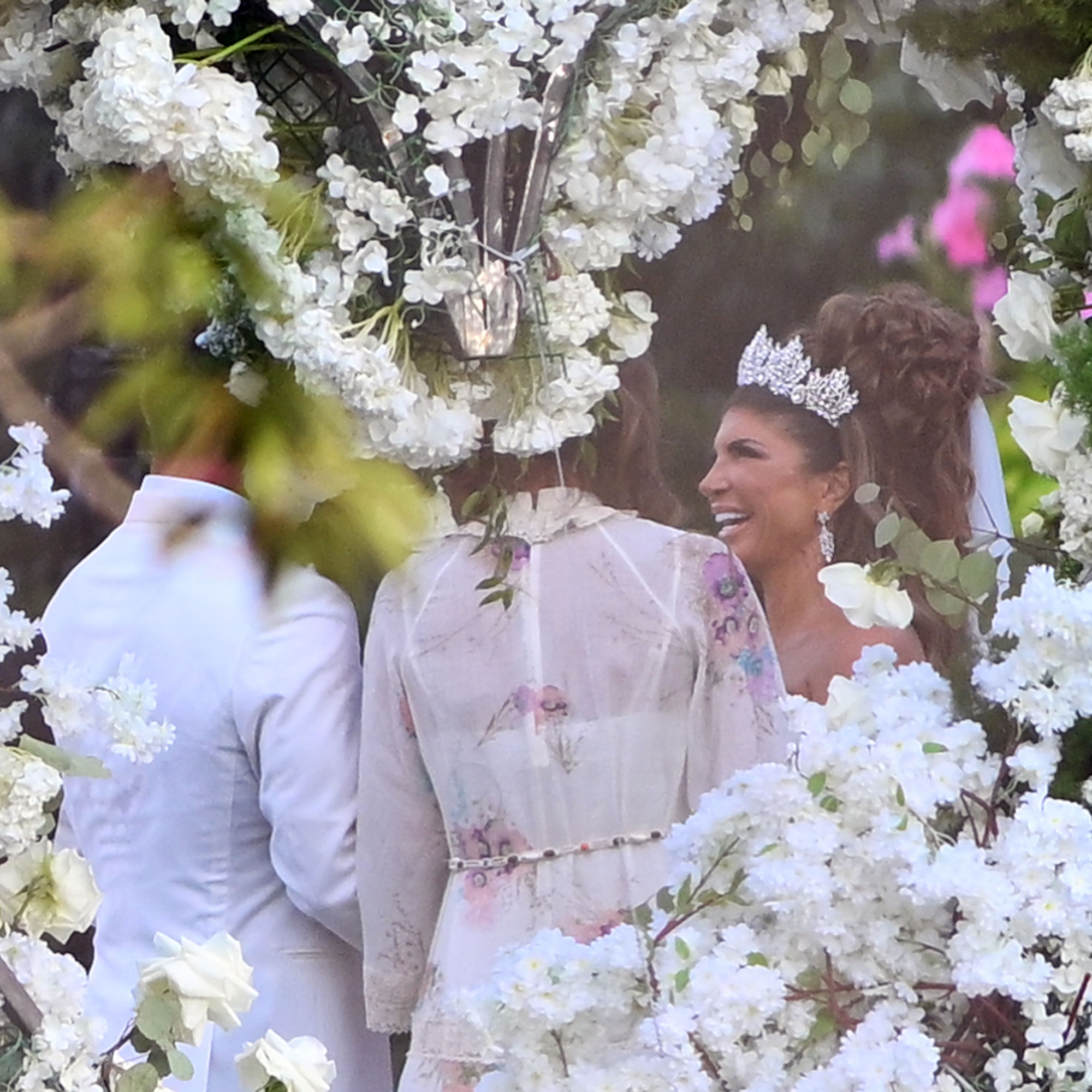 Giudice and Ruelas tied the knot at the Park Chateau Estate in East Brunswick, New Jersey.

To complement her show-stopping hair, Giudice wore a strapless gown by Mark Zunino that featured a mermaid cut. The groom looked dapper in a white tuxedo.

Teresa Giudice and Luis Ruelas: A Timeline of Their Relationship

Us Weekly first confirmed the pair were dating in November 2020, and Ruelas popped the question in October 2021. 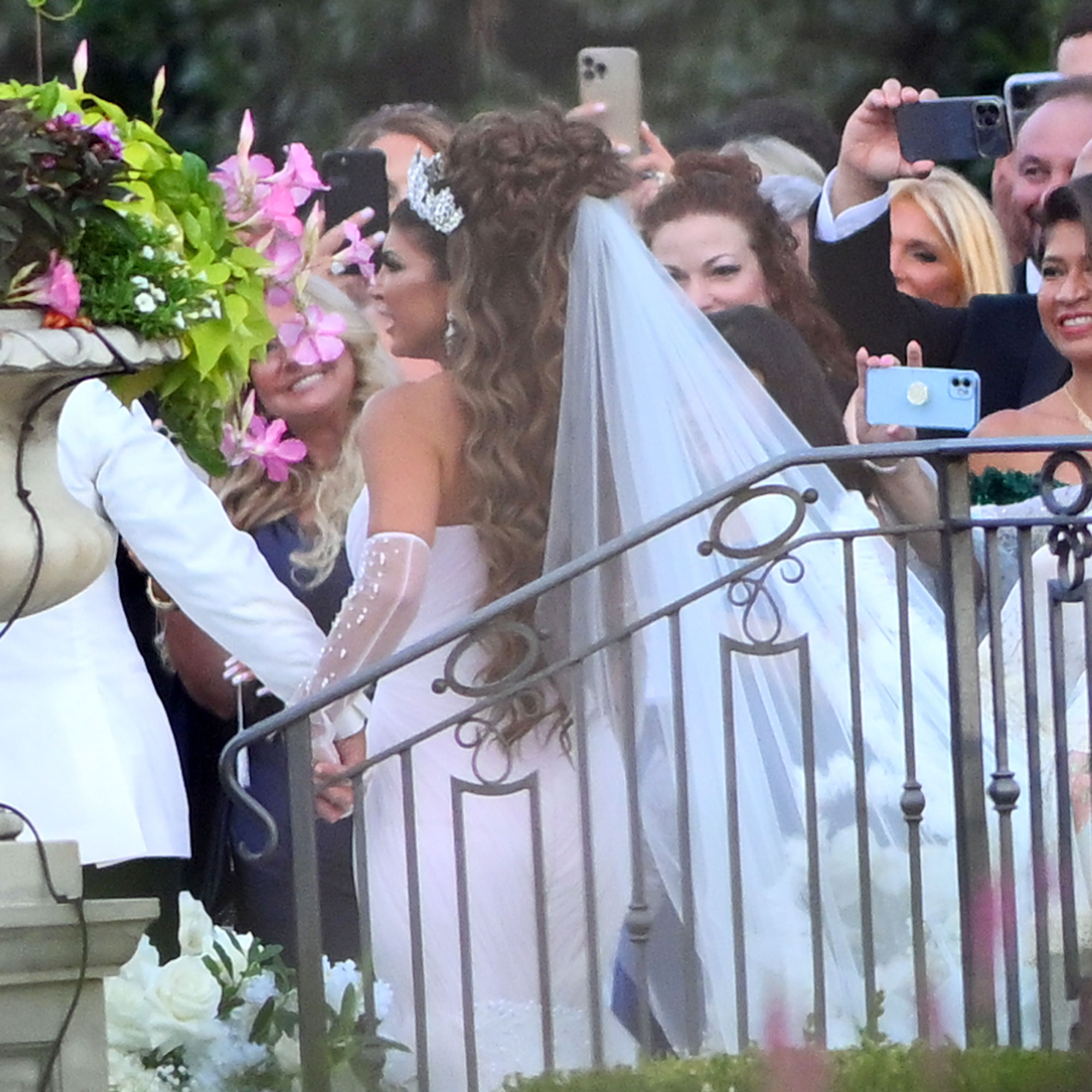 This is Giudice’s second marriage. She married Joe Giudice in 1999, and the former couple finalized their divorce in 2020. In addition to Gia, 21, they share daughters Gabriella, 18, Milania, 16, and Audriana, 13.

Ruelas, for his part, was previously married to Marisa DiMartino. The two separated in 2011 and share sons Louie Jr. and Nicholas.