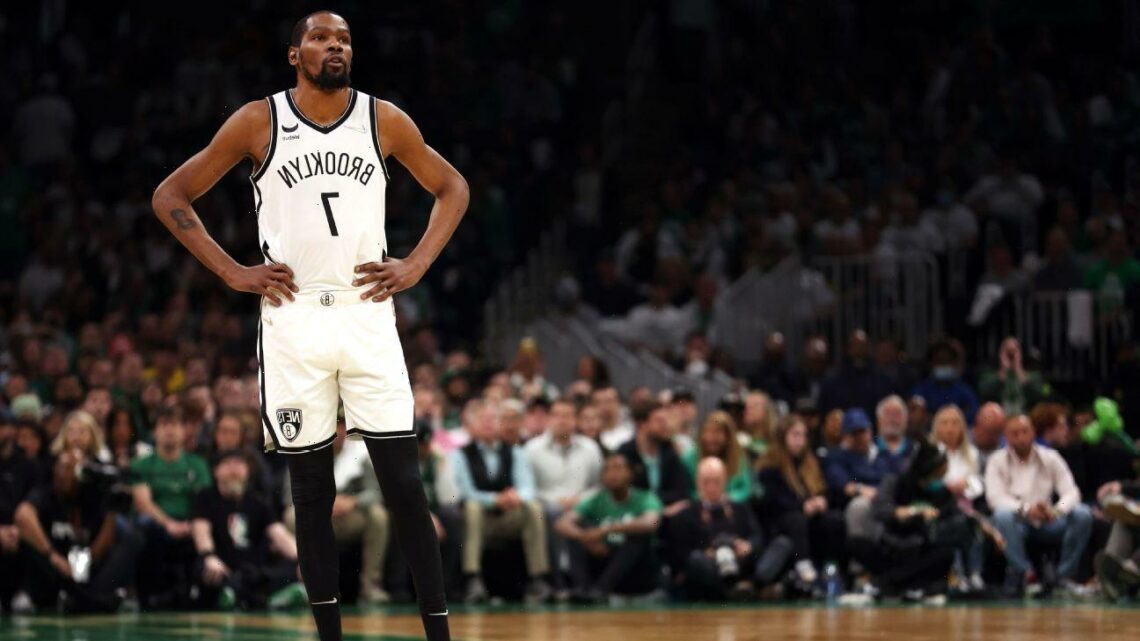 Jump ahead: Game of the night | Picks and props | Analytics edge

All odds are provided by Caesars Sportsbook.

What you need to know for Saturday’s playoff games

Crouching Nets, Betting Dragon: With the Nets in a pivotal spot, it’d be easy to blindly back their stars and let the chips fall where they may … and that might be right. But if usage is any indication, there’s some value to be had in one of their reserves: Goran Dragic. The veteran (nearly 1,600 playoff minutes on his NBA résumé) has taken 25 shots while committing just one turnover in his 46 minutes through two games, clearly benefiting from the attention his all-world teammates demand. The ceiling isn’t sky-high here, there’s only one basketball, but given his aggression and Boston’s willingness to sell out to stop Brooklyn’s stars, he is worth a look in the prop markets.

Money On Anunoby: Scottie Barnes’ status is in question, leaving the door wide open for OG Anunoby to continue to cash prop tickets. He’s averaging 24 points per game in this series (26 points in both games Barnes has missed), and his versatile skill set was on full display during Wednesday night’s heartbreaker: nine 3-point attempts and nine free throws. Only five times this regular season did a Raptor have that sort of scoring profile, and with the season on the line, it stands to reason that Anunoby will be heavily involved. His scoring prop is under 20 points, and given that he is shooting 47.2% from 3 in his eight games since returning from injury, Anunoby profiles as a good option for those looking to invest in the Raptors’ attempting to extend their season.

Luka’s Status: There is some momentum for Luka Doncic to make his 2022 postseason debut in Utah. Coach Jason Kidd used the word “optimistic” when discussing Donic’s potential to play, but it’s unlikely we will get confirmation of his status until closer to tip on Saturday afternoon. If Doncic is deemed available, not only will the point spread likely tighten, it’s notable that Spencer Dinwiddie sees his usage rate dip by 6.4% with the Slovenian superstar on the floor, the biggest dip on the roster. Center Dwight Powell, meanwhile, has seen his offensive efficiency spike in such scenarios.

Donovan from Deep: Dallas has been one of the best defenses this season and in the playoffs in limiting 3-point volume and success. Even with this agenda in place, Utah’s Donovan Mitchell has lofted 18 shots from beyond the arc during the past two games in the series, evidence his somewhat modest 3-point prop of 2.5 on DraftKings is an intriguing path to betting this critical contest for the Jazz.

Block Party: It’s clear Memphis wants to feature Jaren Jackson Jr. as the team’s primary rim protector in leaning on smaller lineup looks in the series with Minnesota, especially as center Steven Adams has been largely phased out of the rotation. Keep an eye on JJJ’s block props when they post, as he led the entire league in total blocks and block percentage this season. While foul trouble can potentially limit Jackson’s playing time, he has blocked a ridiculous 14% of Minnesota’s 2-point attempts while on the floor in the series.

Game of the night

Notable: The Celtics have failed to cover four of their past five playoff games when they are labeled as underdogs.

Best bet: Nets -3.0. During the Kevin Durant era, the Nets are 6-1 at Barclays Center. Brooklyn is too good to get swept, and the first two games in this first-round series have been extremely close. The Nets have won seven of their 10 home games. Despite being embarrassed by Boston during the regular season, Brooklyn will not allow the Celtics to dominate them at home during the playoffs. — Eric Moody

Best bet: Jaylen Brown over 34.5 points + assists + rebounds. Trying to avoid a 3-0 hole is crucial for the Nets. No team has ever come back from a 3-0 deficit to win a seven-game series. Brown is well aware of this and will aim to take over the game along with Jayson Tatum. In this series, Brown has averaged 22.5 PPG, 4.5 AGP and 4.5 RPG. In Game 3, he has a good chance of surpassing those per-game averages. — Moody

Breaking down the rest of the slate

Key players ruled out: none

Notable: The Grizzlies somehow covered on Thursday night, and they’ve been a good team to double down on of late. Over their past seven playoff games, the total and ATS results have been tied to each other: In the two games in which the Grizzlies covered, the total went under, and the five that they failed to cover went over the total.

Best bet: Under 232.5. These are two offensive-minded teams that play with a high pace, but this game will not be played in a vacuum. In a Game 4, both teams are familiar with their opponents and their offensive sets. Plus, as the pressure and stakes increase, the possessions become more measured. Game 1 reached 247 points, thanks to 56 made free throws. Memphis has since stepped up its defense, and neither of the next two games came all that close to hitting the over. I expect that trend to continue. — Doug Kezirian

Notable: The 76ers have seen six of their past seven playoff games go under Vegas’ projected total.

Best bet: James Harden over 29.5 points + assists. During this series, Harden has averaged 18.3 PPG and 10 APG while shooting 41% from the field. He has been relatively quiet so far. Joel Embiid might be inactive due to pain and discomfort in his right thumb. As the 76ers try to sweep the Raptors in Game 4, they might lean more on Harden to give Embiid some rest for the second round. — Moody

Key players ruled out: none

Notable: The Jazz are just 1-6 ATS in their past seven playoff games, and four of their past five have gone over the total.

Best bet: Dallas money line +175. Jazz fans have been frustrated by the team’s inability to put together a complete game. It is surprising that Utah, which ranked ninth in points allowed per 100 possessions during the regular season, is struggling to contain the Mavericks’ offense. Dallas is my money-line pick in Game 4, considering the positive momentum it has right now. — Moody

Best bet: Donovan Mitchell over 30.5 points. Mitchell is the only offensive standout for the Jazz. While shooting 41.3% from the field, he averaged 26.7 FGA, 32.7 PPG and 40.4 MPG. Mitchell should continue to see all of the minutes he can handle as the Jazz look to tie this series. — Moody

The house where Basic Instinct was filmed on sale for £22.6million