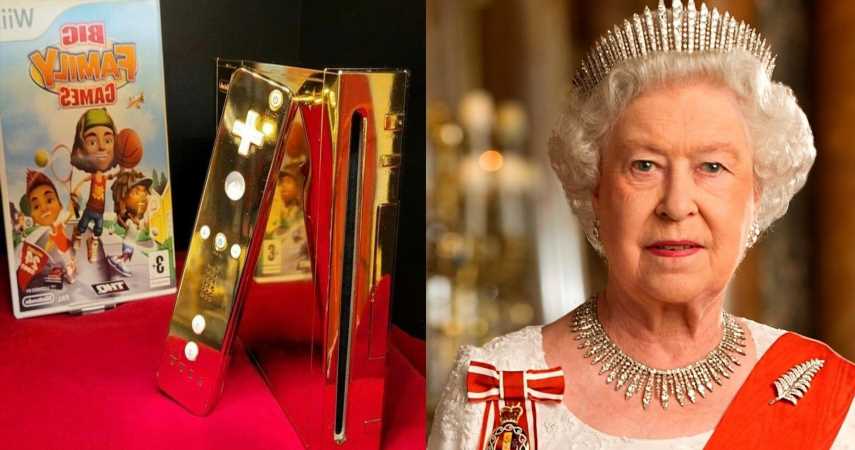 The general public is aware that everything owned by the Queen happens to be the top-end, most luxurious option available on the market. However, not many people are aware of the fact that there was a Nintendo Wii that was created for Her Majesty. The Daily Star reports that; “A 24-karat gold Nintendo Wii that was made for the Queen has been put on eBay for the whopping price of $300,000 (£215,145).” That’s right, the console originally made for her royal highness can be yours to keep and cherish… if you’re ready to dish out that much money for it.

All it took was one fleeting moment during which time the Queen confessed that she enjoyed playing Nintendo Wii Sports Bowling. Everything happened pretty quickly from that point forward.

Seeing an opportunity to create something truly magical and make history in the process, gaming website THQ Nordic quickly took action and seized the moment by creating a console that would truly be fit for the Queen.

A team immediately began creating ideas about what sort of unique elements could be added to the console to make it superior and more desirable to the Royal Family.

The finished product was the ultimate creation of a 24-carat console that is literally worth its weight in gold.

Most people would think everything is better when it’s made of gold. Unfortunately, after this incredible idea was put in motion and the pure-gold console was created, Buckingham Palace rejected the offer and refused to accept the very expensive gaming console.

A man by the name of Fillerup now has the console in his possession. According to NBC, “Fillerup, 32, said experts have valued the console at up to $1 million. He lives in the Netherlands and runs an online console database called Console Variations.”

He’s not asking for quite that much money though. In fact, he’s willing to let the unit go for way under the valuation costs. $300,000 will be the sweet spot for Fillerup, who desires to purchase his own home with the funds generated from this sale.

Although it would be truly historic to won a gold Nintendo Wii that was legitimately created for the Queen, most people aren’t willing to spend that kind of money on the unit.

If the idea still appeals to you, there are other, more crafty ways to own a gold-plated Wii. There are a series of lightly gold-plated units that are now for sale all over the internet for $500 or less, making it far more accessible to the general public.

The Queen said no, but for many other shoppers, a gold-plated Wii is a definite “yes”!

READ NEXT: 10 Nice Cities In Europe Where You Can Live Like Royalty On A Low Wage

X Factor contestants: where are they now? From TV to hit singles to working as a binman
Recent Posts