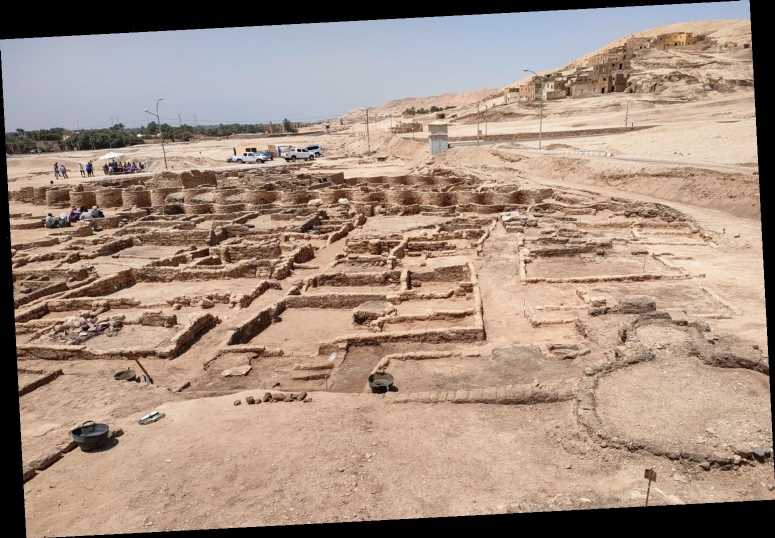 Archeologists have made an exciting new discovery in Egypt, uncovering a lost 3,000-year-old city.

On Thursday, Egyptologist Zahi Hawass announced that the "Lost Golden City" — which was still active during the reign of King Tutankhamun — had been found in Luxor.

"Many foreign missions searched for this city and never found it," Hawass wrote in a statement. "We began our work searching for the mortuary temple of Tutankhamun because the temples of both Horemheb and Ay were found in this area."

The find was described as "the largest city ever found in Egypt," and was discovered shortly after archeologists began their dig last September.

The lost city, which was the "largest administrative and industrial settlement in the era of the Egyptian empire on the western bank of Luxor," was founded by King Amenhotep III, who ruled the country from 1390 until 1353 BCE. One expert called it "the second most important archeological discovery since the tomb of Tutankhamun."

"The discovery of the Lost City, not only will give us a rare glimpse into the life of the Ancient Egyptians at the time where the Empire was at his wealthiest but will help us shed light on one of history's greatest mystery: why did Akhenaten & Nefertiti decide to move to Amarna," added Betsy Brian, Professor of Egyptology at John Hopkins University.

Within weeks of the start of the excavation in September, the dig team began to unearth "formations of mud bricks" — which led to the discovery of the lost city "in a good condition of preservation, with almost complete walls, and with rooms filled with tools of daily life," according to the statement.

Now, seven months later, several areas have been completely uncovered, while additional excavation work remains to be done in other areas. Among the discoveries, a "remarkable burial" was found of a person "with arms outstretched to his side, and remains of rope wrapped around his knees."

"The location and position of this skeleton are rather odd, and more investigations are in progress," according to the statement from Hawass.

"The excavation also reveals a mud seal with inscriptions that can be read: 'gm pa Aton' that can be translated as 'the domain of the dazzling Aten', this is the name of a temple built by King Akhenaten at Karnak," the statement continued. "As history goes, one year after this pot was made, the city was abandoned and the capital relocated to Amarna. But was it? And why? And was the city repopulated again when Tutankhamun returned to Thebes?"

As for what else may be uncovered, "only further excavations of the area will reveal what truly happened 3,500 years ago."