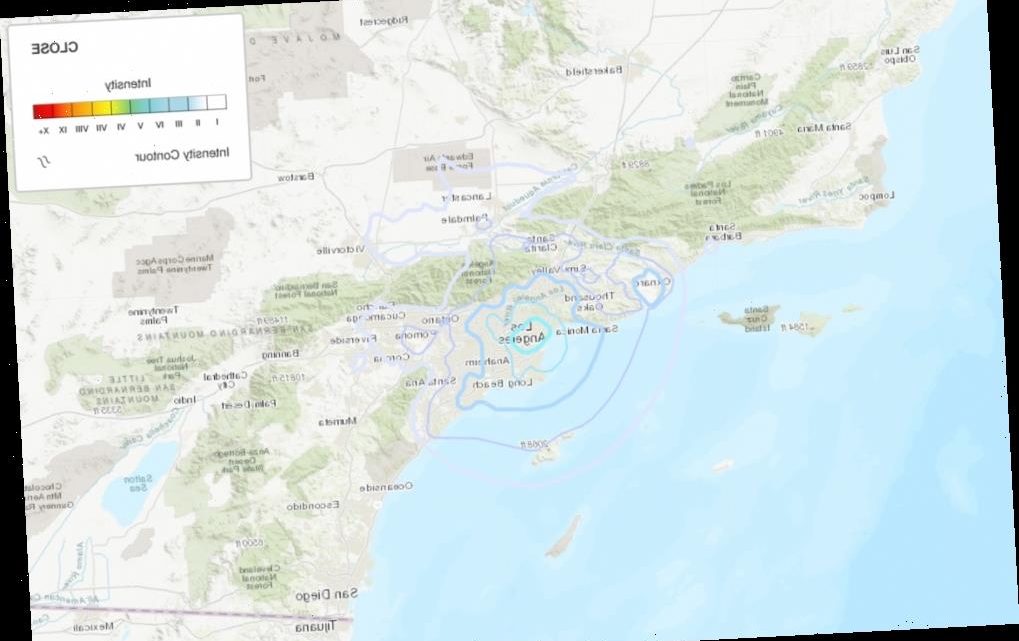 A set of earthquakes rocked Los Angeles early Monday morning, the strongest of which was a magnitude 4.0 that struck just before 5 a.m.

The U.S. Geological Survey reported the 4.0M quake in Lennox, California at 4:44 a.m. local time, and said it occurred at a depth of 19.3 kilometers.

The earthquake was preceded by two smaller foreshocks that both hit around half an hour earlier, one a magnitude-3.3 and the other a magnitude-2.5, the Los Angeles Times reported.

Los Angeles Mayor Eric Garcetti said that there were no reports of damage following a routine survey from the Los Angeles Fire Department.

The Pasadena Fire Department also reported no damage, but offered residents a word of warning.

"A reminder that Mother Nature is unpredictable and we need to be prepared for all types of disasters," the department wrote on Twitter. "Check and update your disaster kits, make family communication plans and get trained."

Seismologist Dr. Lucy Jones wrote on Twitter that although the 4.0M quake was very deep, it was likely felt by most people awake in Los Angeles at the time.

Its effects were felt live on air on CBS2 News This Morning by anchor DeMarco Morgan, meteorologist Amber Lee and reporter Lesley Marin.

"Felt a little bit of a jolt. Did you guys feel that?" Lee said, before her colleagues jumped in to say they did.

"Yeah, that definitely was an earthquake right there. Wow," Morgan said.

Others felt it, too, like retired basketball star Paul Pierce, who tweeted, "Earthquake?… Anyone else feel that earthquake?"

"nothin like waking up to an earthquake!! Sheeeeesh I'm not used to that feeling at all," Jonah Marais of the band Why Don't We added on Twitter. "such an uneasy feeling waking up to my bed shaking."

The USGS said on Twitter that the earthquake did not originate from a specific, named fault.

"There are so many of them," the USGS said. "In the past new faults have been discovered because of earthquakes on them."

There have been three earthquakes of magnitude 3.0 or greater in the Los Angeles area over the last 10 days, the Times reported.