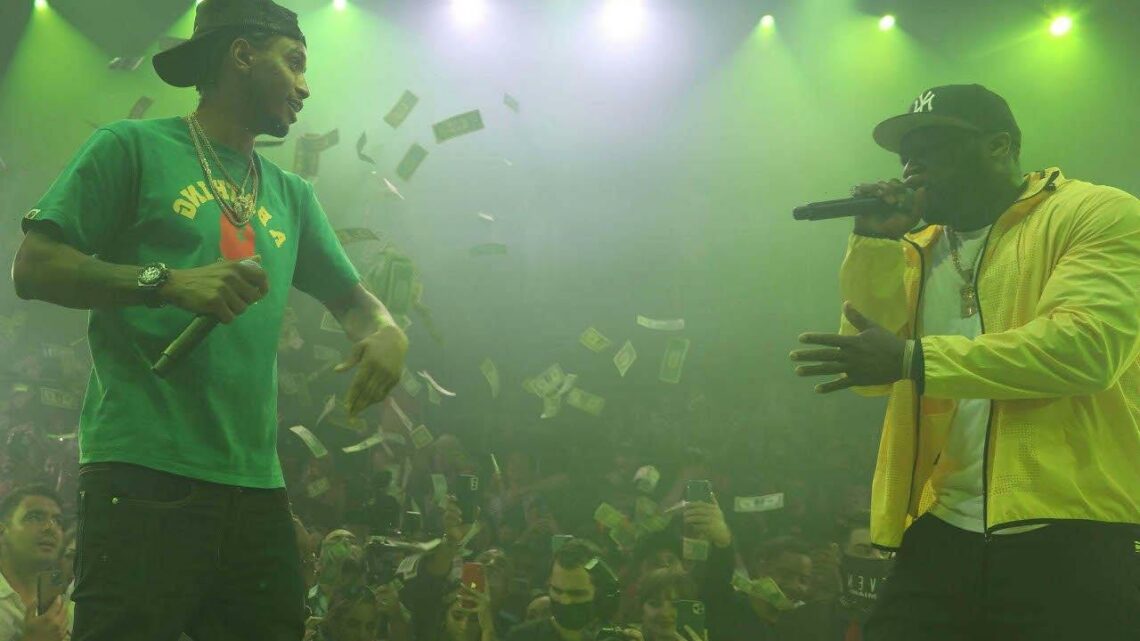 The ‘In Da Club’ hitmaker takes to his Instagram account to personally call out the ‘Neighbors Know My Name’ crooner and explain why he’s banned from the annual event.

AceShowbiz -No one wants to be on 50 Cent‘s bad side, but that’s exactly where Trey Songz is right now. While the R&B singer didn’t seem to have ignited a personal beef with the “In Da Club” hitmaker, the latter took to his Instagram account to personally call out the “Neighbors Know My Name” crooner.

On Tuesday, September 1, Fiddy announced to the world that he’s banning Trey from annual Tycoon weekend event due to his “crazy” behavior. “Last TYCOON he crashed a Wraith,” 50 wrote. “This TYCOON he was acting crazy, wanting to fight and s**t over the girls. He broke some s**t up in his room. Nah tell @treysongz he can’t come. SMH.”

Trey, meanwhile, has yet to respond to Fiddy’s post.

The banning came as surprise considering that 50 and Trey worked together back in 2019. At the time, the former used Trey’s version of “Big Rich Town” as the theme song for season six of “Power“. The song, however, was ultimately replaced with the original version featuring R&B singer Joe following fans’ outrage.

In response to the backlash, Trey took to Instagram and shared a black-and-white photo of himself puffing on a cigar. “Ima slap the s**t outta one of you n***as bout this Power s**t,” the Virginia-born singer wrote in the caption. Fiddy, meanwhile, warned Trey, “@treysongz im a be mad at you if you catch a case Over a remix now. they just want to make some kinda fun outta of us on this one.”

Prior to that, 50 addressed the whole drama in an Instagram video. “Everybody talkin bout Trey Songz,” he said in the clip. “Trey did that as a favor for me, man. I’m gonna have to put that motherf**ker back the way it was [laughs].”

That aside, Trey is currently keeping a low profile this year after several women came forward accusing him of sexual assault. A woman named Mariah Thielen, however, defended the singer as she claimed that a lawyer of Jauhara Jeffries, one of Trey’s alleged victims, offered her up to $200,000 to say that she witnessed Trey assaulted her friend Jauhara.

Mum divides opinion as she shows off the ‘back to school’ breakfast for her brood – but whose side are you on? | The Sun