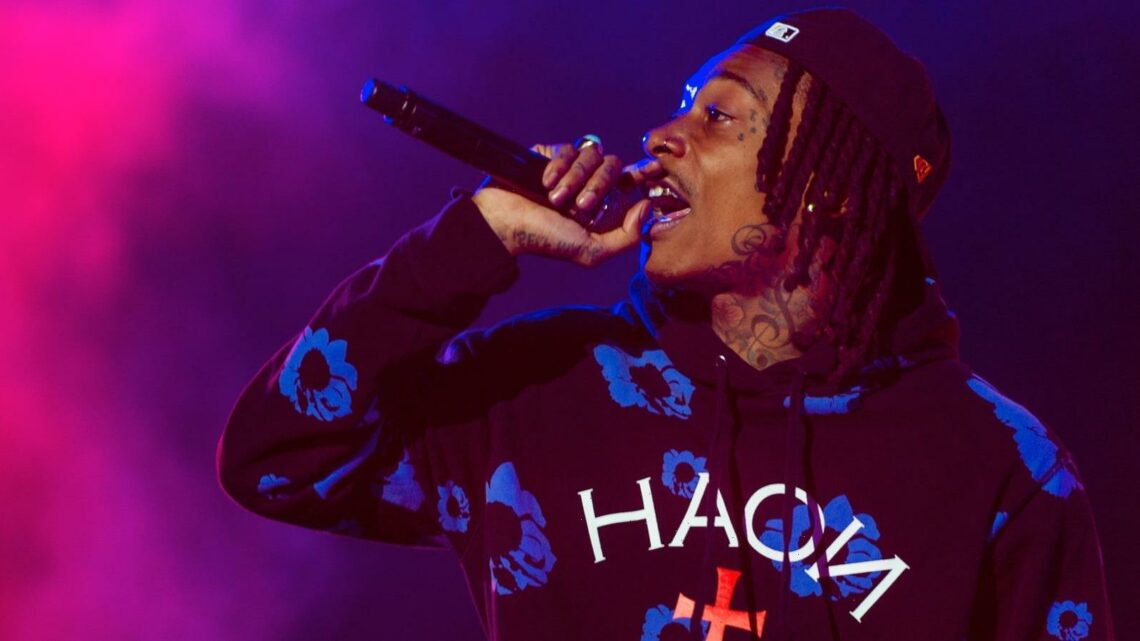 Cameron Jibril Thomaz, better known as Wiz Khalifa, has made his way onto the Forbes cash kings list, and he’s been named among the top 50 wealthiest rappers. He is famous for his high-profile arrest or music releases such as Black and Yellow or See You Again,  which has over a billion views on YouTube. This charismatic 33-year old rapper has accomplished a lot in a relatively short time. As of 2021, Khalifa’s net worth is estimated to be $60 million. Besides his album sale, which has contributed significantly to his wealth, he has a recreational cannabis brand, clothing brand, and a thriving music label. He recently partnered with Canadian Supreme Cannabis to further his market in Toronto. Now let’s take a look at what all of his success has brought him. Here’s a list of some fantastic things that Wiz Khalifa owns that are proof of his kingly status:

Exclusive rides are one of Wiz Khalifa’s obsessions. Several of his cars are included in this list, but his black 2012 Dodge Challenger SRT-8 is one of his favorites, as Yahoo reports, and cost him around $31,800. A V8 engine with 425 horsepower powers the car. The features in this ride include a push-to-start button, auto climate control, side airbags, and a revised brake system. This powerful machine can accelerate from 0-60 MPH in only 6.4 seconds, and it has a maximum speed of 204 MPH.

This is one example of a classic muscle car owned by Wiz Khalifa, one of several in his collections. This selection is unique because most of the car is still in factory condition, a rare find for this model. But this doesn’t stop Khalifa from riding this around town. He also has an El Camino SS that is painted the same blue color. The cars look pretty similar from the front, but they are very distinctive on the back end. This car set him back about $32,500.

Whiz Khalifa is a fanatic for muscle cars, which explains why he has this classic beast in his garage. The Chevrolet Chevelle is one of the most renowned muscle cars in the world. Khalifa’s model has a classic blue color, and as one would expect with a millionaire rapper like Wiz, most car accessories are customized just for him. These tweaks increase the car’s value and its performance on the road. They also make it pretty unique, which is what Khalifa is after. He spent about $35,000 on this vehicle to get it just the way he wanted it.

The Cadillac Escalade has attracted celebrities for years, but more recent models have included even more luxurious features and upgrades. The 2015 Cadillac Escalade that Khalifa picked up is an upgraded version with more chrome and everything one would desire in a luxury SUV. Wiz Khalifa owns an all-black model, and he has been spotted cruising with it in LA several times.

Wiz Khalifa’s love for flashy cars makes it easy to see why he couldn’t resist buying this bright blue Porsche 911. This is a beloved car of his, and he often spotted cruising in it. This Porsche has a top speed of 320 km/h and can accelerate to 100 km/h in less than 4 seconds. It has upholstered leather seats and controls to enable smooth handling. This ride is worth a cool $104,000. With a net worth of $60 million, as reported by Celebrity Net Worth, the high-end Porsche has not even chipped away much from his overall wealth.

By now, it’s pretty clear what Khalifa likes to spend his money on. The Rolls-Royce is another car in his collection and the most expensive with a hefty price tag of $400,000. This is a popular ride with celebrities due to its luxurious features and the fact that it is a status symbol. The machine can accelerate from 0-60 MPH in just 4.8 seconds. The vehicle’s interior is upholstered in genuine leather, a 16 speaker 600-watt twin subwoofer system, a 9.2 inch LCD screen, and USB connectivity. It’s a ride that offers comfort and style.

Wiz Khalifa’s Pennsylvania home in Canonsburg cost him an exorbitant $900,000, according to The Wallet. The property covers 3891 square feet and is only a few miles from where he went to high school. The house boasts of 5 bedrooms, a master ensuite bedroom, and a separate guest house. The mansion also has stylish stainless appliances in the kitchen with high ceilings featuring Doughlas fir panels. It also has exotic Brazilian KOA floors and an extensive car garage to house his flashy rides.

Wiz Khalifa’s life only gets better with the luxurious $3.4 million home he purchased in LA in 2019. The newly-built mansion has a 9-foot pivoting front door, a floating staircase, and ceilings that reach 24-foot high. There are glass doors to the living room where there’s a bar and a fireplace. The swimming place is also visible from this spot. The upstairs master suite features an oversized closet with a jewelry stand for the rapper’s chains. The property also has outdoor spaces, wrap-around balconies, a pool house, and an open-air terrace lounge. What’s more, he has dedicated this lavish home to the most important person in his life, his son Sebastian.

With a net worth of $60 million, Wiz is one of the most successful rappers and loves to spend his money on the good things in life. These are the craziest things Wiz Khalifa has spent his millions on so far, but it seems the rapper is nowhere near done with his lavish spending.