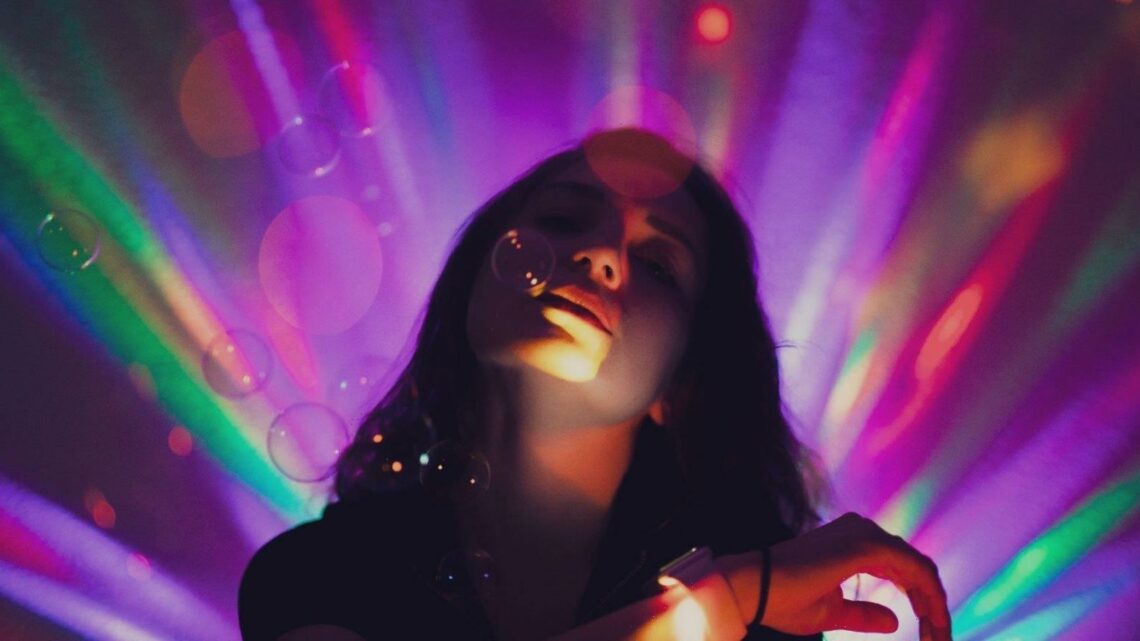 Will nightclubs really open on 21 June? Will we always have to download an app to buy a drink? Will it be safe to go out at night? London’s night czar Amy Lamé answers the big questions about the return of big nights out.

“Just thinking about making a new best friend in the ladies toilets in a club makes me smile because it’s one of those special moments on a night out – sharing make-up, gossip or whatever it may be. I miss it so much.”

Performer, writer, TV and radio presenter Amy Lamé knows exactly the kind of night-time rituals so many of us are missing right now. With nightclubs being the first venues to close and the last ones to reopen in the pandemic, it’s been well over a year since we hit the dancefloor with our pals. Sure, it’s been a blessing to have our rooftop bars and cosy pubs back – but nothing beats that big night out in the capital city.

“I’d like to think we can get back to that but I just don’t know,” she continues to tell Stylist. “I don’t know how comfortable I’d be sharing my lip gloss with a stranger at this moment in time – maybe in the future. But right now it’s just so important that we follow the rules and don’t let our guard down – particularly as we get to this final hurdle. We all really want this reopening to be the last time we go through it.”

The final hurdle Lamé is referring to is the 21 June deadline we’re all waiting for. According to the government’s lockdown-easing plans, all social-distancing laws will end on this date, which in turn means that nightclubs will be allowed to reopen. However, this is all dependent on factors such as the R rate and the spread of the Indian variant of Covid-19.

On 21 May, Boris Johnson said he doesn’t see any signs that he would need to “deviate” from plans to completely lift the lockdown. He intends to let people know by the end of May whether the 21 June lifting will go ahead. But Professor Neil Ferguson, the Imperial College London epidemiologist whose work was key to the first lockdown, has since said that the final stage of the roadmap is still “in the balance”.

With this conflicting mix of uncertainty and hope in mind, who better to ask about the future of London’s nightlife in a post-21 June world than Lamé? We put our biggest questions to the Mayor of London’s first appointed night czar…

Let’s start with the big question on every night owls’ lips: will nightclubs reopen on 21 June?

We’re doing everything we can to plan for reopening in June but we’ve learned our lesson over the past year and a bit – controlling the virus can be unpredictable at times, so we just need to keep following the rules and getting vaccinated when you are offered it. The government seems dedicated to keeping that 21 June date, but we just don’t know. They’ve been doing these test events [like the rave in Liverpool] to find out the results, so that is going to be crucial in deciding.

The nightlife sector took a massive hit during the pandemic – what is the reality of what’s happened to venues?

I’ll be honest with you, I’m concerned that many nightclubs won’t be able to reopen because venues were struggling with rising rental rates even before the pandemic hit. Then it happened. While some venues got government support, others weren’t able to; in London, virtually no venues were able to access that money. We have a situation of rising debt.

The mayor and I have been doing all we can to help them. I wrote to every council in London asking them to postpone the collection of annual license fees for 12 months. And the mayor launched his Culture at Risk support fund for the most at risk venues in London. If London lost them, we’d lose the very essence of what makes this city. We need the government to step up and do more – create a proper support package for nightclubs.

What will the future of clubbing and big night out experiences be like?

The people who work in the nightlife sector are some of the most resilient people I’ve ever met in my entire life and they’ve found new and innovative ways of engaging with audiences. Fabric produced London Unlocked in lockdown – a series of live streamed DJ sets in unusual and iconic locations around the city. I went to virtual club nights and music gigs – it’s a different experience, dancing on your own in your front room, but that just shows how creative the sector is.

While we’re all craving to get back into that in-person nightlife, I think there will still be a demand for that online content. But, let’s face it, there’s nothing like being sweaty and singing at the top of your lungs with your friends on a dancefloor.

But the Mayor and I are encouraging people to go out, and I think the options will be more diverse and innovative than ever because we’ve come to value our life at night even more. We’ve just launched the Let’s Do London campaign: there are so many events that are happening and showcasing London’s spaces that haven’t traditionally been open late at night, such as museums and cultural spaces. For example, The Globe will start staging midnight matinees, and The British Film Institute will be holding a lot of late night screenings.

Is there a reason why pubs and bars seem to be closing relatively early despite there being no curfew at the moment?

It’s difficult for businesses at the moment because many of them aren’t operating on a profit. Tables are much more spaced apart and there are fewer in the room – that’s the right thing to do for social-distancing but it puts pressure on businesses. I think a lot of them are being super cautious, waiting and seeing how it all goes, because it’s only been a couple of weeks since they reopened. There’s also a shortage of skilled workers within hospitality, which might add to earlier closures.

But I have to say that I’m very pleased that the curfew was abolished and hasn’t come back – that’s something the Mayor and I strongly campaigned against.

And what about women’s safety? If we’re going to be out later and more often, what is being done to ensure that women can do this safely?

This is absolutely crucial. The safety of women and girls is a priority for me – I’m a woman who’s always worked at night since I was a teenager. One of the things that, unfortunately, has recently been brought into very sharp focus is that too often too many women feel unsafe when they’re travelling, working or going out at night. It’s important for people to know that this is a safe city but [we also know] that people are feeling unsafe – and that is unacceptable.

We have done a lot of work to intervene and prevent male violence against women and girls, to help remove that threat of dangerous individuals and tackle misogynistic attitudes. I think if we want to truly fix the problem we need to see a fundamental culture shift, and this has to start with us being really upfront and honest, saying it like it is. It’s not incumbent on women to change our behaviour; it’s incumbent on men to change their behaviour.

One of the ways I’ve tried to tackle this is with the Women’s Night Safety Charter, which I worked on with the Mayor. It’s part of the Violence Against Women and Girls strategy and London’s commitment to the UN’s Safe Cities and Safe Public Spaces initiative (which means we are linked with other global cities that are focused on doing the same).

The idea is that we ask organisations that operate at night to make a set of simple pledges, from nominating a champion in the organisation to actively promote women’s safety at night, through to training staff to ensure that all women who report are believed, and to encourage reporting by victims and bystanders. We’re also focusing on redesigning public spaces and work spaces that make them safer for women.

It’s likely that people are going to be drinking alcohol in public spaces more – do you have concerns that this could lead to more anti-social behaviour?

Everybody has felt cooped up for so long, but we all have to remember that this isn’t an excuse for bad behaviour. It’s unacceptable. The Mayor, myself and the police are clear that we’re not going to tolerate this anymore.

Right, next big question: a lot of people are fed up with repeatedly downloading apps and entering card details to buy a glass of wine. Do you think this is going to be a more permanent way of paying when we’re out at night?

I can understand how some places feel it has enabled a more touch-free system which helps reduce the spread of the virus. But it can disadvantage some people as well – not everyone has a smartphone. I think that the apps were a way of adapting to a situation very quickly but, yeah, I do miss having a real menu in hand to look through!

The hospitality industry knows their customers so well, so I think that if people did want to express their thoughts on how to improve the process in the future, businesses would listen. Ultimately, they want customers to come back and feel engaged.

But also don’t let it put you off supporting the sector as much as you can – it really, really needs us right now.

And what about you – London’s night czar– what are you looking forward to doing at night in a post-lockdown world?

Oh my gosh, how long have you got? I’d love to be able to just walk into a pub on a whim. Like when you’re wandering down a street in London, spot somewhere and say, “Ah that looks so nice in there, shall we pop in?” I miss the spontaneity. I miss gigs, too – standing in a crowd of people in a dark basement while watching a band that no one has heard of. Also, I can’t wait to go back to an LGBTQ+ event: you can’t underestimate how empowering being in a space with lots of likeminded people is.

There are not enough hours in the world for everything I want to do at night.

Find out more about the Let’s Do London campaign and the events taking place this summer on the Mayor of London’s website. You can also learn more about Stylist’s A Fearless Future Campaign and find out how to join us on our website.