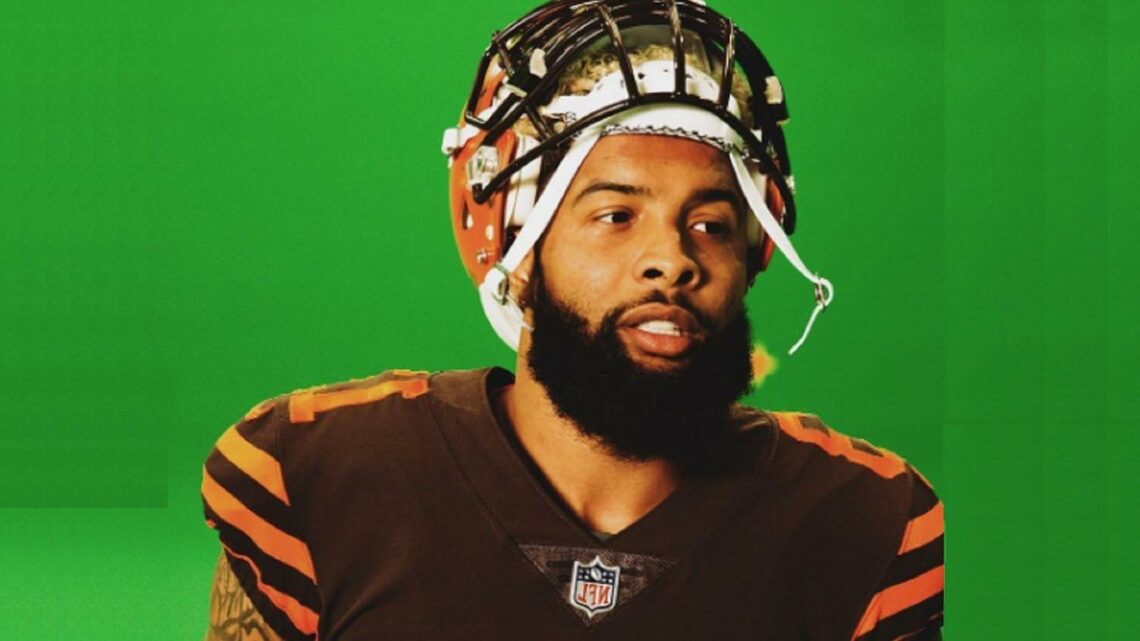 One of the finest football players in today’s generation is Odell Beckham Jr. Since the day he made his one-handed leaping catch in his rookie season, he has advanced to outstanding success and fame. The champion enjoys a posh lifestyle due to his enormous worth to the game and ranking as one of the highest-paid players. Odell has used a little portion of his income by collecting and customizing vehicles that fit his aesthetic. His one-year deal with the West Coast team is worth $4.25 million, but Forbes estimates that his overall football earnings equal a staggering $21.5 million. Odell can surely afford to treat himself to a few items and amass a sizable collection of exotic vehicles that costs $9 million.

Even though Odell’s Mercedes-Benz CLS 63 AMG is one of the few vehicles he didn’t customize, it has a glam aesthetic. The exterior of the Benz is matte black, and it’s bright red Supreme-stamped wheels complete the look. The car can change from 0 to 100 km/h in five seconds, and despite having a striking appearance, this car’s $100,000 value is on the lesser end of Odell’s collection. The automobile has a distinctive design on the matte gray exterior, complemented by big 19-inch red alloy wheels. All of the text on the car, including the Mercedes insignia, is completed in red.

The 2016 Mercedes-AMG GTS model is the seventh vehicle on this list and is yet another vehicle from the German luxury and commercial automotive brand Mercedes-Benz. Odell’s car has a $130,000 sticker price and an exterior finish of pearl white. The AMG GTS was the brand’s replacement for the SLS AMG sports car, and when the vehicle first went on sale, it was solely in the GTS specification. Later, in the spring of 2016, the entry-level GT model was made available. The GT was the second sports car that Mercedes and AMG entirely internalized.

His black Mercedes Maybach s600 is ranked lower on Odell’s opulent automobiles list.Even though it’s one of his less expensive vehicles, its $190,000 value is still significant. This supercar can go up to 210 kilometers per hour, and Odell added some excellent touches. It shines with red-painted Forgiato wheels, custom-painted brakes and accents, floating center caps, smoked taillights, and a Louis Vuitton enclosure.

The next expensive vehicle in Odell’s fleet is a sleek, black, which costs $340,000 and bought from the Italian automaker Ferrari. He owns F12 Berlinetta with a v8 engine producing 454 horsepower and a top speed of 240 kilometers per hour, his Ferrari is undoubtedly a sprinter. The Ferrari F12 Berlinetta model is the sole Ferrari in Odell’s collection. The vehicle’s MSRP is $319,995, and its exterior color is Black. The NFL athlete has been seen on a few occasions driving about in the F12. The F12 was introduced by Ferrari during the 2012 Geneva Motor Show. It was put together in Maranello, Italy.

Additionally, Odell has a white Rolls-Royce Wraith with a $325,000 valuation. The car is ideal for thrill-seekers because it has a top speed of 250 kilometers per hour. The interior of Odell’s Wraith is all white, with a starlit ceiling, hubcaps, and hood ornaments made of rose gold. The 2017 Wraith is the first Rolls-Royce on this list. The car’s exterior is painted white, and rose-gold touches can be seen around it. Additionally, the interior has a white finish. The wheels, the badging, and the consoles all have rose-gold accents. The starlit ceiling in the interior is likewise created specifically to his preferences.

Dreamworks Motorsports also made modifications to Odell’s 2021 Lamborghini Urus. A lot of celebrities these days owns luxurious and expensive automobile from Lamborghini. Although the original price of this SUV is $222,000, the projected retail value of his customized vehicle is over $350,000. With a fantastic speed of 190 MPH and a 0-62 MPH time of 3.6 seconds, the Urus is one of the fastest performance SUVs. A full Novitec widebody with a carbon fiber hood, matte white paint, tinted windows, Armytrix exhaust system with cats, blue and black highlights, a suspension lowering package, and 24-inch Velos wheels are included the exterior.

Odell’s flashy orange Rolls-Royce Cullinan, valued at $350,000, is the height of extravagantness. Odell’s modifications undoubtedly contribute to the expensive price tag of the vehicle. He replaced the iconic Rolls-Royce Spirit of Ecstasy hood ornament to honor his tenure with the Cleveland Browns. Odell’s excellent one-handed catch from the 2014 season is now depicted on the hood with a miniature of him wearing the number 13 jersey. In addition, the customized Cullinan has a boom box in the trunk, ceiling stars, floating center caps, and highly dark window tinting.

Another expensive car Odell owns is an automobile from the British luxury automaker Rolls-Royce. He owns a Rolls-Royce Dawn which costs around $353,000.The premium car boasts bright orange leather and a dazzling white exterior. The football player chose to equip his Rolls-Royce with specialized navigation and audio equipment, making it ideal for traveling up to 250 km/h. One of OBJ’s most expensive vehicles is a Rolls-Royce Dawn with a brilliant white exterior and vivid orange leather interior. It has distinctive navigation and music systems that are made to properly suit his personality.