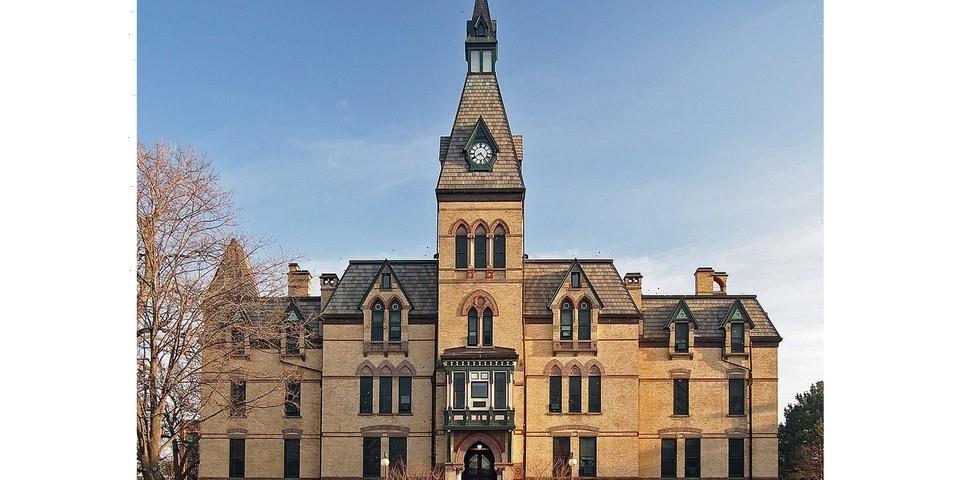 Hamline University in Saint Paul, Minnesota is facing criticism over the firing of a professor who had shown an illustration of the Prophet Muhammad in an art history class. As first reported by The New York Times, Dr. Erika López Prater had repeatedly warned her students in the syllabus that they may opt out of seeing images of holy figures, such as a Medieval artwork of the Prophet Muhammad, as it is considered in some Muslim circles to be un-Islamic. “The prophet himself was aware that if people saw his face portrayed by people, they would soon start worshiping him,” a scholar told CNN. “So he himself spoke against such images, saying ‘I’m just a man.’”

One student, Aram Wedatalla, who also serves as the president of Hamline’s Muslim student association took offense to the lesson and complained to university officials. “I am 23 years old. I’ve never seen a picture of the Prophet, never in my whole entire life, and it breaks my heart that a professor who is supposed to be my role model, show a picture of the Prophet with a trigger warning,” Wedatalla said in a past interview. Dr. López Prater was told shortly after that her contract would not be renewed as her actions were deemed “Islamophobic” — causing the professor to sue the university alleging defamation and religious intolerance.

In just a few days time, Hamline has rescinded its initial stance, stating: “In the interest of hearing from and supporting our Muslim students, language was used that does not reflect our sentiments on academic freedom. Based on all that we have learned, we have determined that our usage of the term ‘Islamophobic’ was therefore flawed.”

Several Muslim advocacy groups have come to Dr. López Prater’s defense, such as the Council on American-Islamic Relations (CAIR), who released a statementc saying that although they discourage depictions of the Prophet, “professors who analyze ancient paintings for an academic purpose are not the same as Islamophobes who show such images to cause offense.” Similarly, Dr. Prater’s lawyer stated that Ms. Wedatalla “wanted to impose her specific religious views on López Prater, non-Muslim students and Muslim students who did not object to images.”
Source: Read Full Article