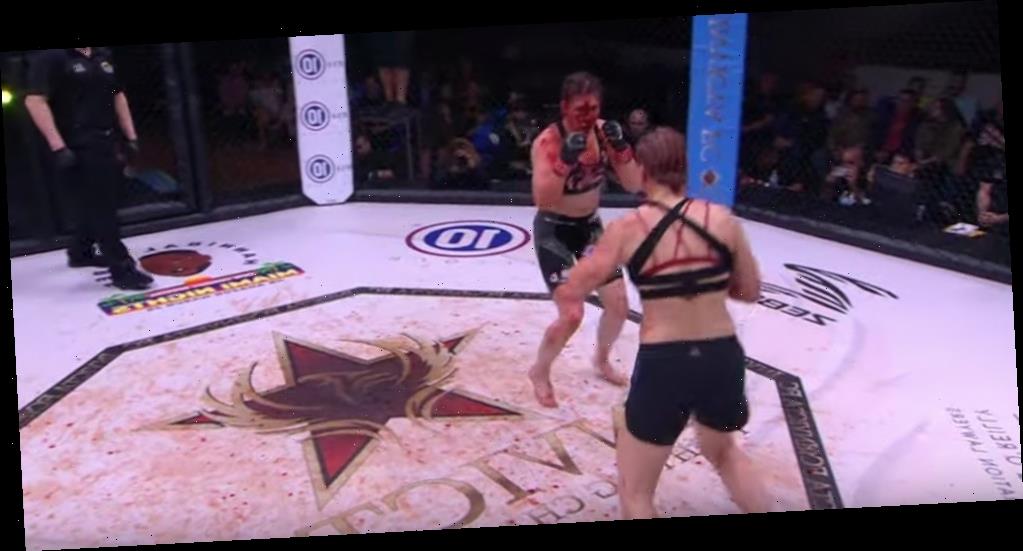 It has been an extraordinarily brutal yet compelling weekend for women's mixed martial arts (MMA).

One day before Weili Zhang and Joanna Jedrzejczyk hit each other so hard they looked disfigured in a UFC strawweight championship fight, Julija Stoliarenko and Lisa Verzosa left an Invicta FC canvas in Kansas looking like a crime scene.

It all went down on Friday at the Memorial Hall in Kansas City. Stoliarenko and Verzosa headlined the Phoenix Series 3 show in a bantamweight title bout.

With a main event status it was expected to be a top tier contest, but few were perhaps expecting it to end up the way it did. It was carnage of the bloodiest kind.

Here's a look at the fight which made it look like the competitors had shared the cage with a bear.

The MMA website Sherdog said it was "perhaps the bloodiest confrontation in Invicta Fighting Championships history." It was a bout which Stoliarenko won, having opened up a huge, nasty cut on Verzosa's head.

Verzosa's cut was so horrific it looked like she had been attacked by a bear. And it wasn't the only laceration she sufferd, as she was also opened up on her cheekbone.

Watch highlights of the bout below, a bout which Stoliarenko won thanks to her effective striking and numerous submission attempts.

Stoliarenko bemoaned the result afterwards even though she won. The Lithuanian athlete took issue with the split nature of the decision, saying she had done enough to be given a unanimous decision win.