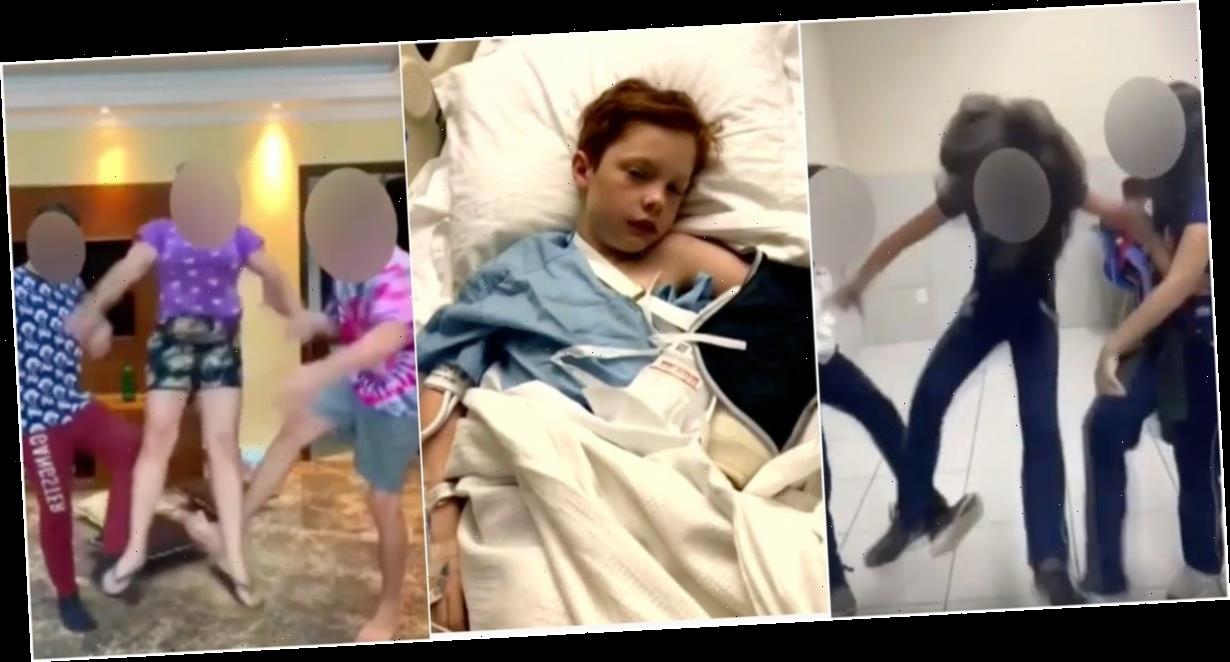 A 13-year-old boy was hospitalized with a concussion after trying a viral challenge on TikTok, reported CBS Los Angeles. The boy's parents, Stacy and Marc Shenker from Cherry Hill in New Jersey, said their son had suffered seizures after his friends performed the "skull-breaker" on him.

Someone is pranked by having two people stand next to them under the impression they are being taught a dance. When they jump, the people on either side knock their legs from underneath them, and they fall backwards.

"He was laying down unresponsive, and they had called the ambulance," Stacy told CBS LA of what happened when her son was the victim.

Business Insider India reported the challenge started at a school in Venezuela, where it was called "rompecraneos." If someone hits their head when they fall it can cause a skull fracture and even death.

On TikTok, the trend seems to have died down, and most of the latest videos tagged with #skullbreakerchallenge are people warning others not to try it. But this might not be enough to ward off curious young children.

"People don't know how serious this actually is," one user Chané said in her video.

Many people who work in emergency services are also spreading awareness of why the challenge is dangerous.

Joseph Meloche, the superintendent of Cherry Hills public schools, wrote an open letter where he advised parents to tell their children not to replicate what they see on social media or TikTok.

"Recently, a few CHPS students attempted to replicate 'pranks' or 'challenges' they saw on TikTok, and other platforms, resulting in classmates being injured — physically and emotionally," he said.

"Often, children act impulsively and without considering the consequence of their actions. If your child has an electronic device, ask them to share what apps they are viewing and using. Help them to understand the extreme unintended outcomes that may occur because of a fleeting moment of making a bad choice."

In response, TikTok told CBS LA that it doesn't allow content that "promotes or encourages violence," and removes any video that is reported as such.