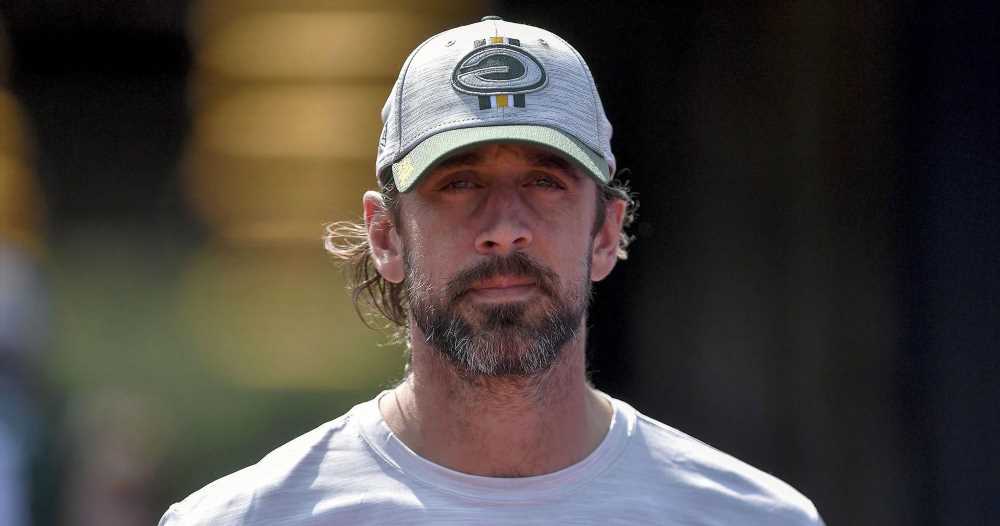 Aaron Rodgers Was 'Worried' the COVID Vaccine Would Impact His Fertility

Planning for his future. Aaron Rodgers defended his unvaccinated status after his COVID-19 diagnosis, revealing that his desire to have children impacted his choice not to get the shot.

The Green Bay Packers quarterback, 37, addressed his one-game suspension during the Friday, November 5, episode of “The Pat McAfee Show,” noting that he’s “doing really well” as he recovers from coronavirus. While asserting that he “didn’t lie” about his vaccination record before the NFL season began, Rodgers explained that he had some questions about the medicine’s possible side effects.

“The next great chapter of my life, I believe, is being a father and it’s something that I care about a lot,” the athlete said on Friday. “And to my knowledge, there’s been zero long-term studies around sterility or fertility issues around the vaccine, so that was definitely something that I was worried about and it went through my mind.”

The California native, who’s currently engaged to Shailene Woodley, noted that he looked into alternative options before discovering an “immunization protocol,” which he decided was the “best” choice for him.

“The league was fully aware of it upon my return to the Packers,” he clarified, claiming that he presented the NFL with “over 500 pages of research” to plead his case.

Rodgers firmly asserted that he’s “not some sort of anti-vax, flat-earther” person. However, he was concerned about getting the mRNA vaccine because of a known allergy.

Aaron Rodgers and Shailene Woodley: A Timeline of Their Relationship

“On the CDC’s own website, it says should you have an allergy to any of these ingredients, you should not get one of the MRNA vaccines,” the former Super Bowl MVP continued, noting that the only option left for him was the Johnson & Johnson shot, which he heard caused “some really difficult times and physical abnormalities” in certain patients.

The NFL confirmed on Wednesday, November 3, that the sports association would “be reviewing the matter with the Packers” after multiple outlets reported that Rodgers had contracted COVID-19. The news raised eyebrows among fans because Rodgers had previously referred to himself as being “immunized” against the virus in August.

Famous Fathers Who Had Kids Late in Life

“It wasn’t some sort of ruse or lie; it was the truth,” he said of his past comments on Friday, reflecting on the “witch hunt” situation that he saw within the league. “I’m somebody who’s a critical thinker. I march to the beat of my own drum. I believe strongly in bodily autonomy and the ability to make choices for your body, not to have to acquiesce to some woke culture or crazed group of individuals who say you have to do something. Health is not a one-size-fits-all for everybody. For me, it involved a lot of study in the off season.”

Rodgers announced his engagement to Woodley, 29, in February and revealed one month later that he had “always dreamt about” starting a family.

“I’m in that age group where a lot of my close friends from high school and college are fathers now and have families of their own,” he said during an Instagram Live with Zenith Watches’ CEO Julien Tornare. “It’s maybe not in the immediate future but definitely something that I really look forward to. … I’m really excited about that chapter whenever that comes.”