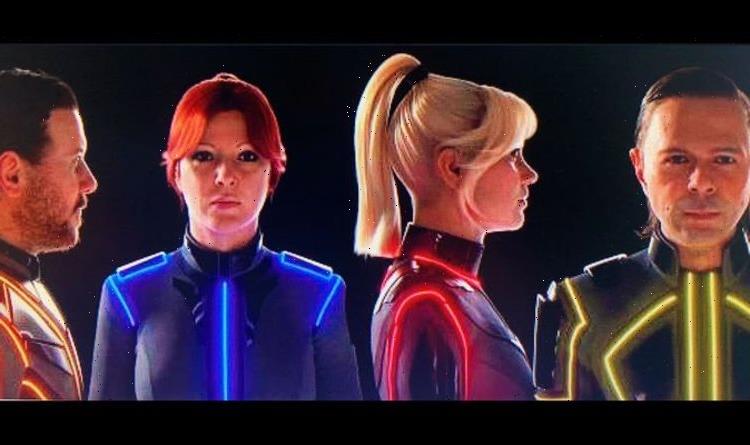 It’s been decades since the group split in 1983 but there have been constant reports since 2016 that Benny, Bjorn, Agnetha and Frida were back together and working on new music and some sort of live hologram concert show. Last week the band posted the first video teaser for the upcoming ABBA Voyage experience. On Monday they officially joined Tik Tok. And today is finally the day for a formal announcement to the world, held in London and broadcast live on Youtube. SCROLL DOWN TO WATCH THE LIVE ABBA ANNOUNCEMENT

It was accompanied by an extraordinary image of the four members in their ABBA youth which you can see below. Commentators also immediately pointed out there was a sci-fi, Tron-like style to the advert.

This fits with all the reports that the holograms would depicts the four stars in their 1979 heyday.

Carl Magnus Palm, who has written numerous books on ABBA, told the press the holograms technology would far surpass previous ones of Whitney Houston and Elvis: “It’s going to look more lifelike and they are going to look like they did in 1979.”

Reports have claimed the new ABBA Voyage show will launch at London’s Olympic Park in Stratford next year, with eight shows a week.

Benny previously described how Pop Idol supremo Simon Fuller had come to the band with the idea.

WATCH THE ABBA VOYAGE ANNOUNCEMENT LIVE AT 5.45PM TODAY BELOW

Want to listen to your favourite artists and the latest songs? Sign up for a free 30 day trial at the link to listen to unlimited music on Amazon Music!

Harvey Guillén on What We Do in the Shadows Season 3 and Being Brown, Round and Proud
Recent Posts