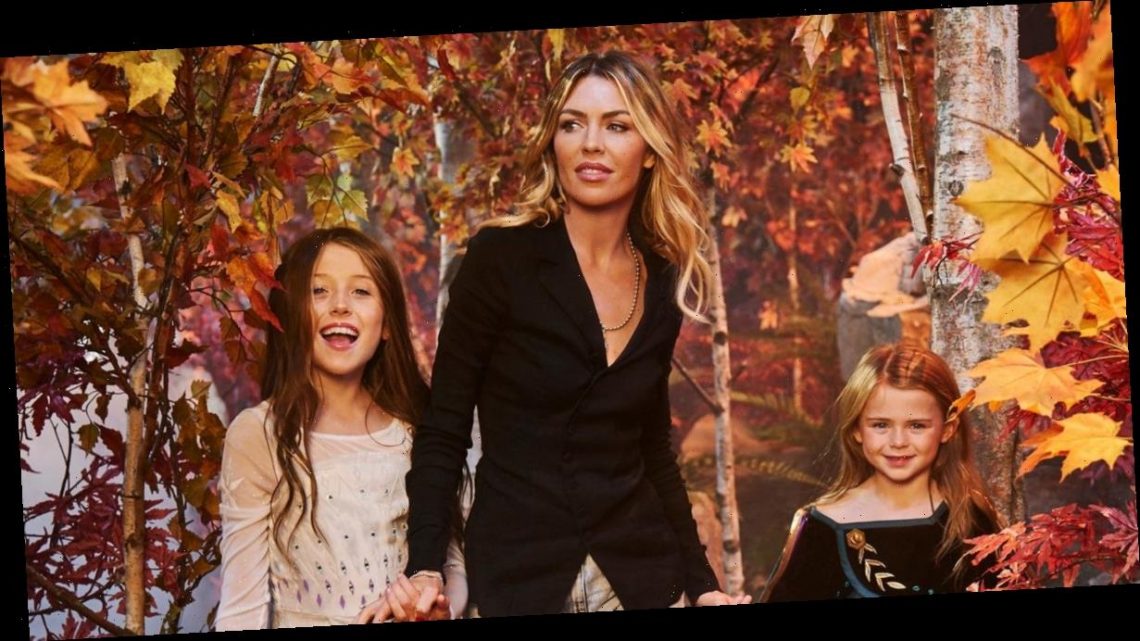 Following in their mums model footsteps, Abbey Clancy’s adorable daughters Sophia, nine, and five-year-old Liberty looked as adorable as ever as they stormed the catwalk recently.

The two youngsters were accompanied by famous mum Abbey, 34, for a Frozen Fashion Week event, in a bid to unveil Frozen 2’s new beautiful Autumn-Winter collection.

Britain’s Next Top Model star Abbey, who is married to footballer Peter Crouch, looked a vision in denim jeans partnered with a black jacket, with her blonde locks tumbling down past her shoulders in a blow-dried look. Abbey finished the outfit with some black suede ankle books and looked ever the glamorous mum between her two little ones.

The girls looked like princesses, with Sophia in a long white gown with a purple hem and sparkles, and little Liberty in a velvet green outfit with sweet boots and a fairytale cape. The girls looked fantastic as they posed for the cameras on the forest-themed catwalk, with Sophia jumping up onto a rock to strike a pose and show off her beautiful ombre dress.

For Sophia, this wasn’t her first rodeo as a model, with the nine year old having previously modelled alongside mum Abbey for a Lipsy collection.

The mum and daughter duo posed up a storm in party frocks in December 2019, with Sophia’s collection flaunting pieces perfect for any fairytale festivities, playdates and birthday soirees. The family’s Frozen catwalk comes after Abbey and Peter Crouch revealed their £3million family home was flooded during lockdown, causing £80K worth of damage.

The 39 year old footballer said he and his wife are still in the process of fixing their home after the floor “took out” one of his four children’s bedrooms. Peter told the Lockdown Parenting Hell podcast: “We had a flood during lockdown and it took out one of the bedrooms. It’s an official flood.

“We had the flood and one of the bedrooms is out of action. We had to sort of jiggle things around so hopefully when the bedroom is back in action we’ll get the boys back in there together.”

Peter and Abbey share four children including Sophia and Liberty, then two little boys, Johnny, two, and Jack, one.

Nat And Alex in 'The Naked Brothers Band' 'Memba Them?!