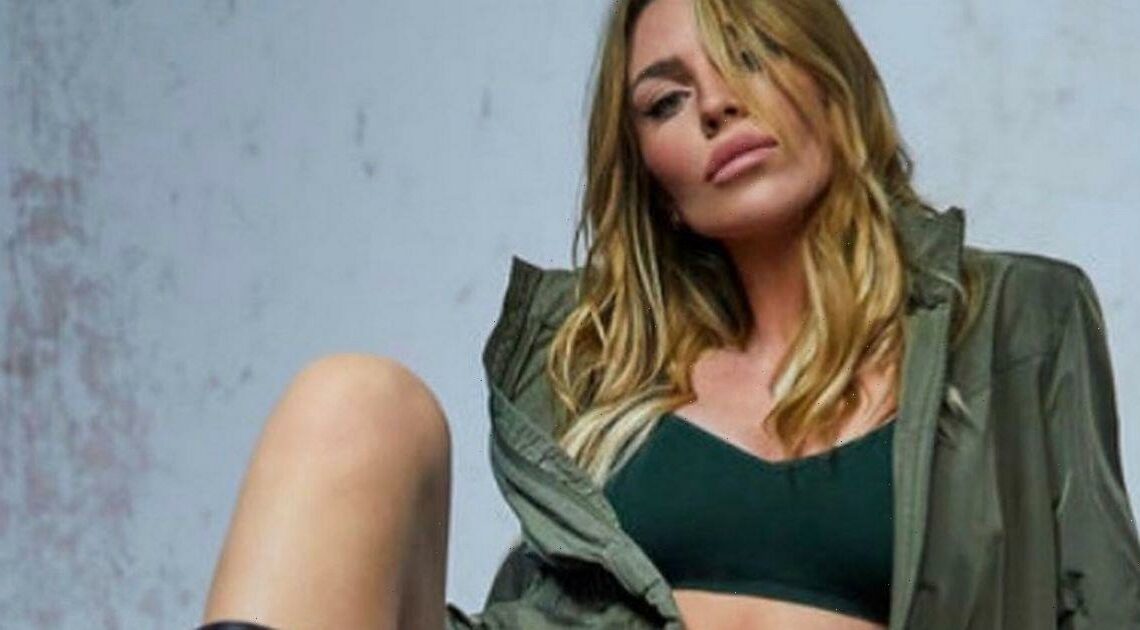 The 36-year-old model looked incredible as she stripped down to lingerie and boots for the edgy photoshoot.

Taking to Instagram to showcase the campaign, Abbey also sported a selection of jackets and coats as she posed up a storm in front of the camera.

In one snap, the mum-of-four was seen modelling a khaki jacket teamed with a crop top and matching high-waisted briefs.

She appeared completely confident in the shot whilst positioning her toned leg out from beneath the jacket.

Another showed the former Strictly star in green lingerie and black boots, while a third was taken as Abbey slipped into a flattering black dress.

Alongside the photos, she penned: "Some of my favourites pieces from my new campaign out now with @barbourinternational and @tessutiwoman."

Abbey's celebrity pals rushed to comment on the campaign, with Christine Lampard saying: "LOVE this."

The shoot comes days after Abbey stunned fans with a snap of her rarely seen sister Elle.

Posing for the photo, Abbey looked into the distance as she sported black thick sunglasses and a brown skintight top from SKIMS.

While hairdresser Elle snapped the selfie in a casual t-shirt and a black baseball cap.

Alongside a love heart emoji, Abbey captioned the shot: "Fam."

The pair recently celebrated their 11-year wedding anniversary, with the model slipping back into her wedding dress to mark the special occasion.

The dress – comprised of a strapless top with a fitted bodice and tiered silk ruffle skirt – looked just as good on the star, as she told fans: "It still fits!"

The couple tied the knot on June 30, 2011 at the Stapleford Park hotel in Leicestershire – three months after Abbey gave birth to their eldest daughter Sophia.

Tracey Cox: Person who will REALLY make you happy ISN'T 'The One'!