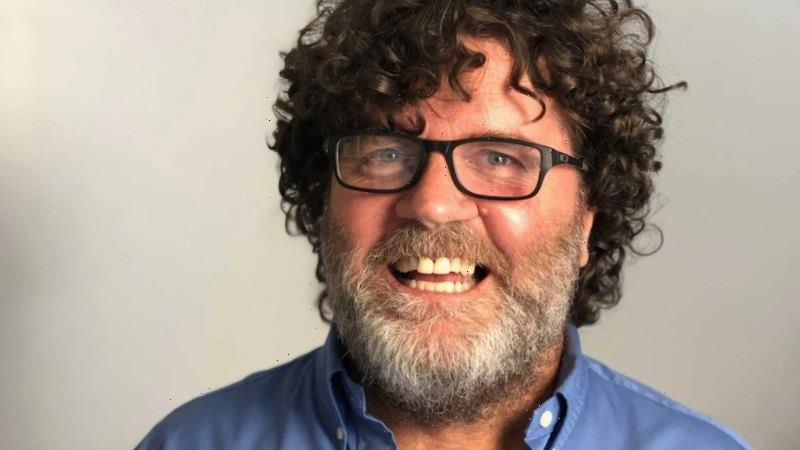 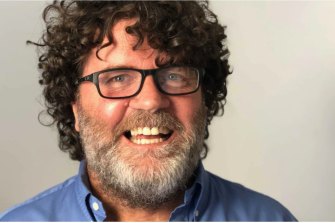 Since 1994 Mr Woolfe worked on radio, television, as an MC at big events in Perth, as a host, guest speaker, conference convenor and voiceover artist.

Mr Woolf’s former co-host Nadia Mitsopolous took over Mr Woolf’s regular breakfast slot but it wasn’t until 8.45am that his death was announced.

Mr Hutchison said Mr Woolf died early on Tuesday morning and described him as a “wonderful, funny and loving man.”

“It’s come as a huge shock to us. We’ve only just learned of his passing in the last few hours and it’s still sinking in,” he said.

“Everyone here at ABC Radio Perth, as you can imagine is in shock, trying to make sense of it.

“Russell, as you know, was a much loved and much-cherished part of our ABC Family, and we’re going to battle to find words for a little while this morning.”

His death prompted an outpouring of grief from listeners and former colleagues on ABC’s Mornings program.

“Russ was only here at ECU last week to do something with one of our students, he was kind and generous and hilarious and gosh we loved him,” he said.

“He would rock in to do what he called his annual lecture to my students. This year, he came with his good thongs on, his shorts, and a gingham shirt.

“He had the students enthralled for the better part of about two hours.”

The veteran broadcaster spent more than two decades with the national broadcaster and was the weather presenter for its WA newsroom from 2007 to 2011.

He also hosted the Drive program before moving to Minneapolis, USA in 2015.

In 2019, he returned to the ABC to take on the breakfast shift with Ms Mitsopolous.

The duo split to take on back-to-back shows this year.

Mr Woolf had a passion for encouraging regular people to tell their own unique stories.

“Famous people can tell famously good stories, and they’re great, but do you know what’s even better? It’s regular people being encouraged to tell their own unique stories,” he wrote on his LinkedIn profile.

“I know how to extract those stories, how to engage with an audience and to ease people into sharing their own remarkable stories.”

WA Premier Mark McGowan said in a tweet that for many West Australian’s Mr Woolf’s death would feel like the loss of a friend.

“His unique and iconic voice, wit and and personality made him beloved by countless Western Australians. For many of us, whether we knew him personally or not, it will feel like we’ve lost a friend today,” he said.

Mr Woolf is survived by his wife Kylie and daughter Bronte.

RS Recommends: The Best Earbuds With Ear Hooks (So They Won't Fall Out of Your Ears)