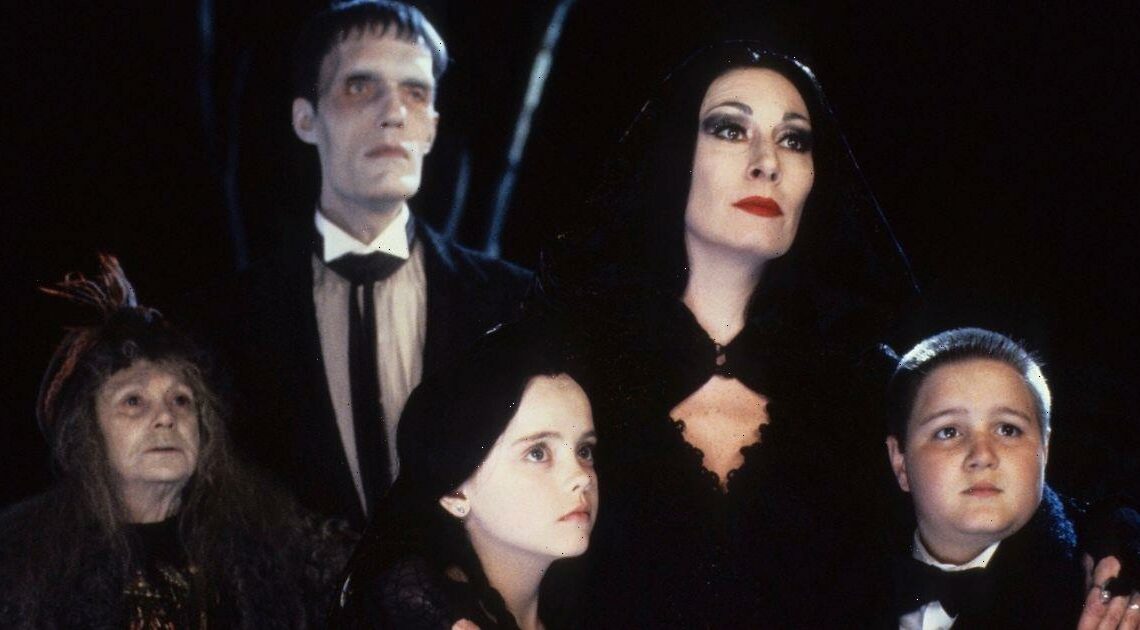 They're creepy and they're spooky, but they're also loved by generations of fans across the world – they're The Addams Family.

Though there have been remakes of the popular story in the past, including the most recent animated films starring Charlize Theron and Oscar Isaac, the nineties Addams Family movies are the silver screen's defining interpretations of everyone's favourite gothic family.

Whether it was Gomez and Morticia's romance, Wednesday and Pugsley's mischievous antics or the lovable Cousin IT, The Addams Family is one of the most iconic nineties films.

We look at where the cast of the film are now – from tragic deaths, to Hollywood stardom and career changes.

Morticia Adams was the very essence of gothic glamour, with her flowing long black hair, flawless make up and figure hugging black dress as the beautiful mother of the Addams family, and wife to Gomez.

On screen Morticia's romance with Gomez was the perfect relationship, something that Angelica told The Guardian that she had longed for in her own life, "I think it was my original wish, before everything happened, that I would have a perfect romance and a lovely husband." Angelica has previously been in a relationship with actor Jack Nicholson for seventeen years, but she wrote in her 2014 memoirs that during that time he had been unfaithful to her.

However, she found her own Gomez when she married sculptor Robert Graham, who she enjoyed a long and happy marriage to until he died in 2008.

After The Addams family, Anjelica starred in films including John Wick: Chapter 3 alongside Keanu Reeves and 1998's Forever After, but to generations of fans, she'll forever be Morticia Addams. Before becoming a Golden Globe nominated actor, he sang in clubs and bars, before landing his famous role as Gomez Addams.

From there, he starred in another gothic classic Dracula, and theatre productions including The Taming of the Shrew alongside Meryl Streep and Shakespeare adaptions, for which he won a Tony Award.

However, in the early nineties he was diagnosed with stomach cancer and three years later in 1994, he was hospitalised after suffering abdominal pains.

While in hospital he suffered a stroke and fell into a coma, and never regained consciousness.

For his performance in movie The Burning Season, he was posthumously awarded a Screen Actors Guild Award, an Emmy Award and a Golden Globe Award.

Christina Ricci was already a child star when she appeared as Wednesday Addams, having already starred in the film Mermaids alongside Winona Ryder and music icon Cher.

Known for her deadpan remarks and steely eyed stare, she became a Hollywood star and appearing in films including Sleepy Hollow, Casper, Cursed, Penelope and Monster.

Christina is soon to become a mum with husband and celebrity hairdresser Mark Hampton, announcing the news on her Instagram in August with the photo caption, "Life keeps getting better."

Pugsley Adams, played by Jimmy Workman, was often at the mercy of his older sister Wednesday's plans and schemes, but the two had a bond that was unbreakable.

Jimmy played Pugsley in the first film and sequel Addams Family Values, acting in a few further roles in films including As good as it gets, opposite Anjelica Huston's former partner Jack Nicholson. While Jimmy decided to step back from on-screen roles, he has a famous sibling who is still in the spotlight – his sister Ariel Winter, who viewers will know as Alex Dunphy from Modern Family, a role she has played since 2009.

However, he hasn't left the film industry completely and instead has taken up a role behind the scenes, while living in Los Angeles with his family.

Hollywood movie star Christopher Lloyd is fondly remembered for many roles in his career, one being the eccentric Uncle Fester.

Before The Addams Family, Christopher had starred in blockbuster hits including Who framed Roger Rabbit and one of his defining roles as Doc Brown in Back to Future.

Talking about his roles to The Guardian, Christopher said that he is a method actor and sometimes comes home still in character. Asking his wife if coming home in character annoys her, she said in the interview "no you're amazing", with Christopher saying, "She's my best fan."

Most recently he has been back on screen making a cameo as the Doc in the trailer for Back to the Future: The Musical and has been photographed in recent years reuniting with his fellow co-star Michael J. Fox, who he remains close friends with. The Addams family wouldn't be complete without their devoted Butler Lurch, played by Carel Strucken.

The Danish actor is most famous for his role in the Addams family films, but has had a long acting career working on films including George Lucas' Ewoks: The Battle for Endor in 1985 and Mr.Homn in Star Trek: The Next Generation in 1987.

He continues to act, working on programmes including Charmed, The Blacklist, Twin Peaks and most recently The Eden Theory in 2021.

Judith Malina was the beloved Granny Addams, who was always trying to solve the family problems with a potion or two.

She had a long acting career dating back to 1954, and after The Addams family, starred in further Hollywood hits including The Sopranos and ER, as well as being a member of New York's Living Theatre, which she founded.

Judith died aged 88 at her home in New Jersey.

Every film needs a villain, and The Addams Family were nearly deceived by Dr Greta who tried to take their fortune.

Tony Award winning actress Elizabeth Wilson played the scheming doctor, who had previously starred in films including The Graduate, 9 to 5 and the television series of Dark Shadows in the 60s.

She starred in further television programmes including Murder she wrote in 1995 and Law and Order in 2002, continuing to work throughout her eighties.

Elizabeth Wilson died aged 94 at her home in New Haven, Connecticut in 2015.

'The Wheel of Time': Who Are the Aes Sedai, and Why Do the Whitecloaks Hate Them?

Matt Chapman’s Monday Yeeehaaa – Where have all the owners gone? No wonder we're having tiny fields over the jumps
Recent Posts