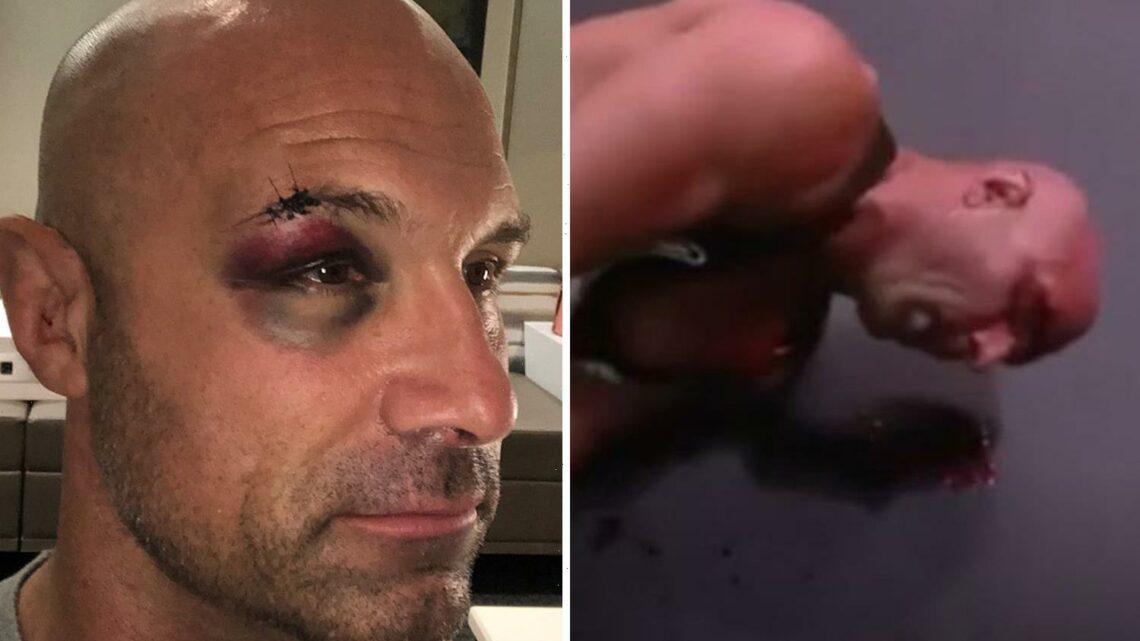 AEW star Christopher Daniels picked up a gruesome eye injury last Wednesday when he had his head kicked into a metal pole.

The wrestler needed stitches and his whole eyeball flooded with blood after Nick Jackson booted his head into the steel support during AEW Dynamite. 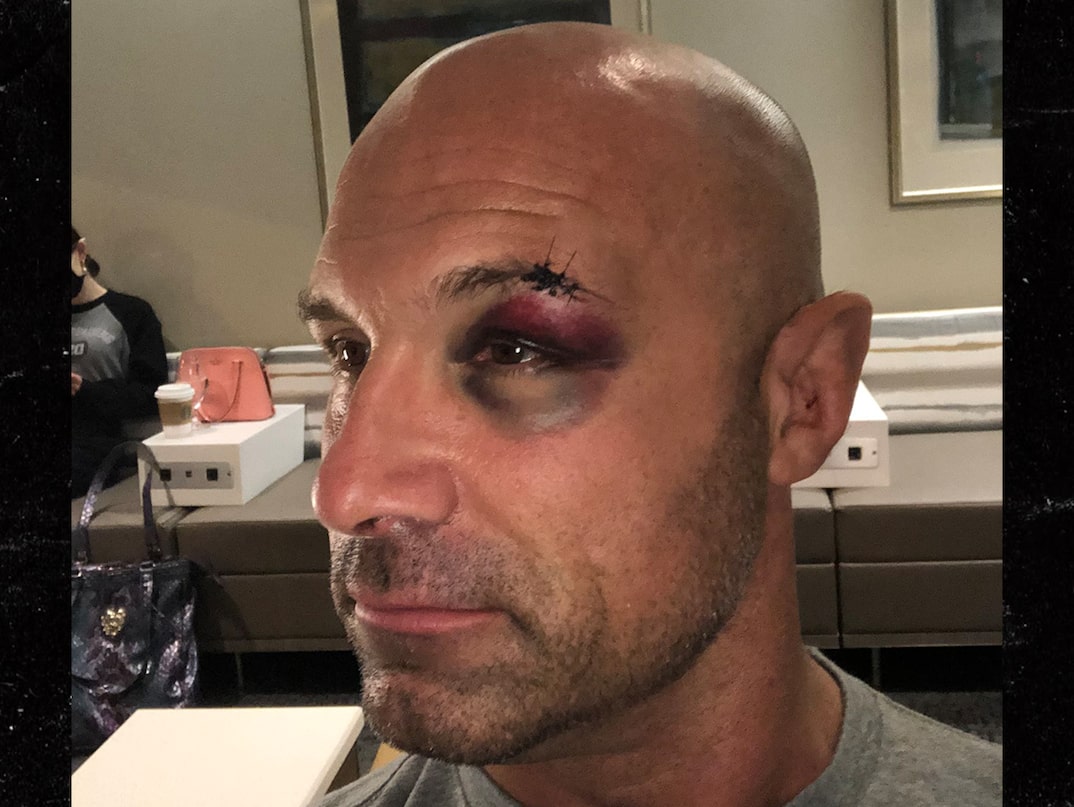 Dramatic footage showed the 51-year-old outside the ring by the corner supports when Jackson launched the surprise attack.

His standing kick caught Daniels square on the side of the head and sent his noggin straight into the solid metal.

Daniels fell to the floor where blood could be seen pouring from the wound.

Even the commentators stopped and were stunned by what they were seeing.

Daniels managed to fight on and finish the match but blood continued to spout from his face.

And the pictures he shared online in the aftermath show the true extent of the damage.

He needed stitches to the wound on his eyebrow and his entire eyeball had gone deep red from all the blood. 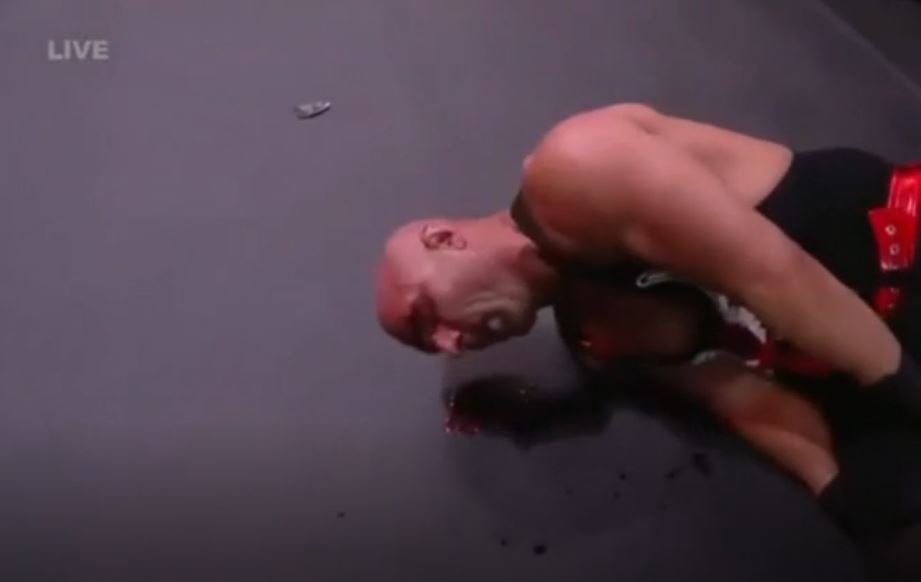 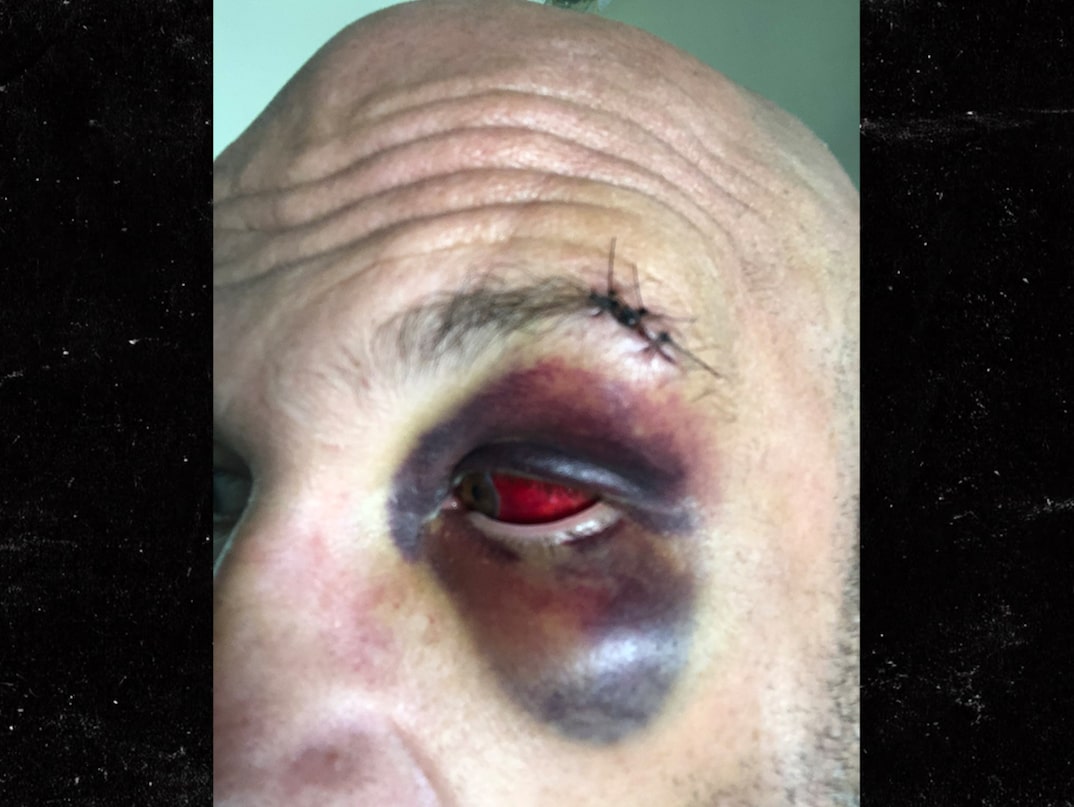 And with the deep bruising surrounding his eye, Daniels truly did look like something out of a horror movie.

However, the veteran's eye will have plenty of time to heal as him and Kazarian agreed to split after the match.

Elsewhere in wrestling, Rey Mysterio and son Dominik made history on May 16 when they became the first ever WWE father and son tag team champions.

The much-loved masked high-flier and his 24-year-old boy claimed the SmackDown gold by dethroning Dolph Ziggler and Bobby Roode.