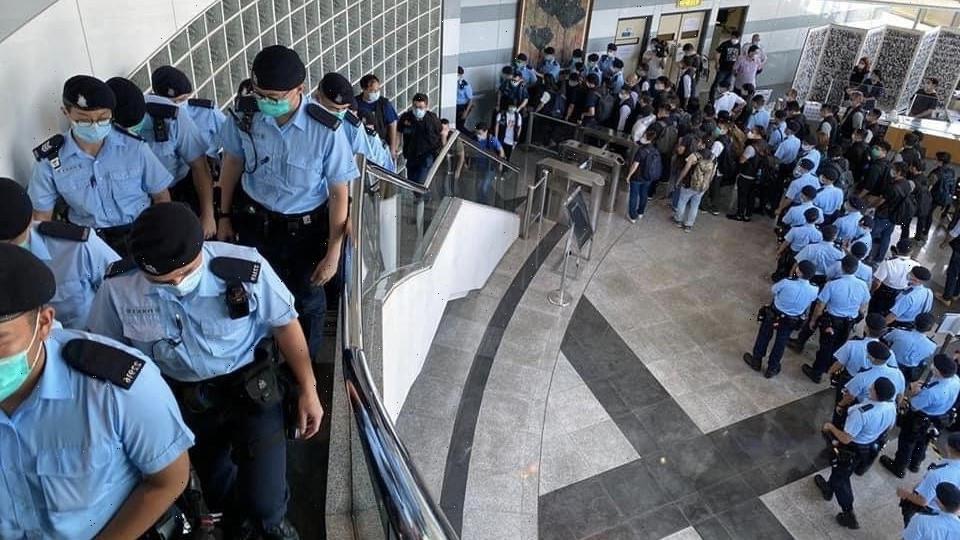 After Crushing of Apple Daily, Directors Resign From Next Digital Listed Company

All four remaining company directors of Next Digital, the corporation that owned Hong Kong’s now defunct pro-democracy newspaper Apple Daily, have resigned. There is a risk that Next Digital will now be forcibly delisted from the stock market in the city.

Shared in Next Digital were suspended from trading on June 17, 2021. Apple Daily published its last edition a few days later, on June 24.

Along with a formal regulatory filing – “Ip Yut Kin has tendered his resignation as a non-executive director and chairman of the Company and Louis Gordon Crovitz, Dr. Mark Lambert Clifford and Mr. Lam Chung Yan, Elic have tendered their resignations as independent non-executive directors of the Company, all with effect from 23:59 (Sept. 5, 2021)” – the directors issued a fierce condemnation of the government moves, which they say has forced the paper into silence and likely liquidation.

“The Hong Kong Secretary for Security cited the National Security Law to freeze company bank accounts, including those for Apple Daily newspaper in Hong Kong and its digital operations. The Secretary for Security further instructed that it would be a crime for the company to use its funds in other accounts to pay any expenses on behalf of these operations. This meant the company could no longer legally pay Apple Daily’s staff, including reporters, and the company was also banned from paying costs of doing business such as buying ink and keeping the electricity on. The company has assets, but was prohibited from using them. No court order was required to freeze assets under the terms of the National Security Law,” they said of events in June.

They added that “the Hong Kong government has never indicated which articles published by Apple Daily allegedly violated the National Security Law. This uncertainty created a climate of fear, resulting in many resignations among the remaining staff at the company in Hong Kong, including those responsible for the regulatory compliance duties of a publicly traded company.”

Jimmy Lai, the paper’s founder and 71% majority owner, is in jail pending trial. He is unable to vote his shares or access the company’s funds. Seven other directors and writers at Apple Daily have also been arrested.

“Events affecting the company and its people following the invocation of the National Security Law occurred despite there having been no trials and no convictions. Under this new law, a company can be forced into liquidation without the involvement of the courts,” the statement said.

Mark Simon, another former executive with Apple Daily and Next Digital, said on Monday that four regulatory bodied have been appointed to investigate Next Digital. In a Twitter message he called this “an onslaught meant to crush a company.”