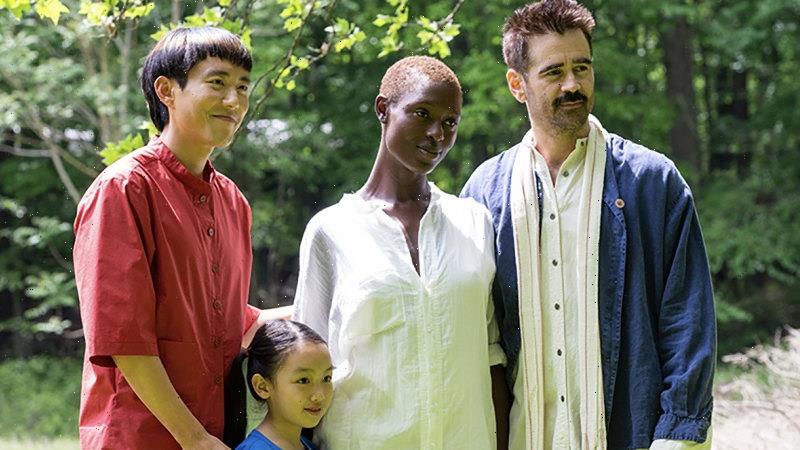 What is it lately with arthouse sci-fi movies and tea? In the recent Swan Song the terminally ill protagonist (Mahershala Ali) was hired by an organic tea company to work on a packaging design, his final gift to humanity before stepping aside in favour of his android double. 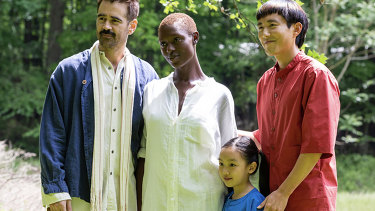 In After Yang, set in a similarly tasteful near-future America, the motif is boldly carried forward. Colin Farrell stars as Jake, the proprietor of a shop specialising in imported loose-leaf tea, a vocation inspired by a Werner Herzog documentary he saw in his college years.

The notion of a carefully assembled blend evidently strikes a chord with the Korean-American writer-director Kogonada (Columbus), who himself makes a point of blending elements from disparate cultures. Jake and his family live in a Japanese-influenced suburban home with sliding doors and untreated wood furniture, filmed in long takes from fixed camera angles after the fashion of the Taiwanese New Wave.

This family is blended in its own right: neither Jake nor his wife Kyra (Jodie Turner-Smith) share the Chinese heritage of their young adopted daughter Mika (Malea Emma Tjandrawidjaja).

To keep Mika in touch with her biological roots, they’ve added a fourth member to the household, Yang (Justin H. Min), an android or “technosapien” who serves as her tutor, babysitter, and protective elder brother, with a touch of the racist “houseboy” archetype from time gone by.

Yang may be inhumanly calm and competent, but he looks like a person and functions as one physically, to the extent of allowing him and Jake to drink tea together; whether he enjoys the taste is another question. A more significant question is whether he’s strictly conscious at all – and if so, whether he’s capable, for instance, of falling in love.

The past two centuries of science fiction give every reason to feel immediate unease about Yang’s presence in the household, whether we see him initially as a machine masquerading as human or as a slave programmed not to rebel.

Yet as with other films of this particular ilk, the oddest thing about After Yang is how the threat of some awful, dystopian revelation lurks without ever being realised. The details of how technosapiens are manufactured and then “recycled” are glossed over; the possibility that Yang might be fitted with corporate “spyware” is raised then set aside.

Likewise, we’re told only a teasing minimum about Yang as a lover, about how Jake and Kyra’s choice to acquire him may connect to strains in their relationship, or about the future history underlying all this, which apparently includes a recent world war.

Instead, we get a plot weirdly free of momentum and conflict which is ultimately little more than a delivery system for pseudo-profundities about the importance of accepting your fate, such as “There’s no something without nothing.”

Students of a more paranoid brand of science fiction will be aware that soothing New Age slogans often mask dark schemes – and may wonder, accordingly, what’s really been mixed into the tea the characters keep drinking.