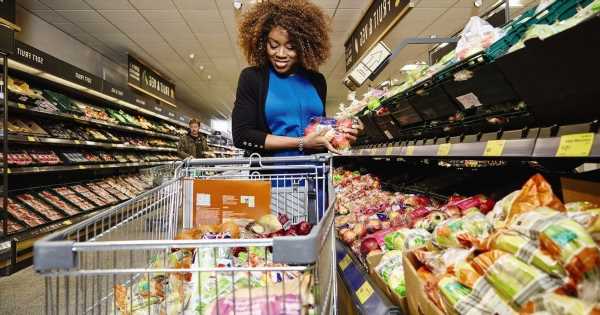 Aldi has come out on top as the cheapest supermarket in the UK for September according to consumer researchers at Which?

A basket of 22 branded and unbranded grocery items cost £24.03 at Aldi compared to £24.40 at Lidl which won the crown in August.

The 37p difference means at Aldi is once again the cheapest option for penny pinching Brits.

Especially considering the Which? data also showed that Aldi was 38% cheaper than the most expensive supermarket when looking at an equivalent basket.

The most-expensive option was high-end supermarket Waitrose where products cost £33.06.

Next up was Ocado which priced the basket at £29.84 followed by Morrisons tied with Tesco which cost £28.31.

To do the research Which? compared the price of branded items such as Andrex toilet paper, Colgate toothpaste and McVitie’s digestive biscuits with own-label products, including mixed peppers and semi-skimmed milk, reports the Mirror.

Aldi managing director of buying Julie Ashfield said: “We’re committed to providing our customers the best prices possible, and we’re immensely proud that we have taken the top spot.

"Being named the UK’s cheapest supermarket in September marks our tenth win and we’re dedicated to continuing to make life a little easier for our customers.”

Goods which showed some of the biggest variations in price included Maltesers and own-brand black grapes which cost £1.51 and £1.11 less respectively at Aldi versus Waitrose.

So, that’s quite a saving when you add it all up.

Aldi was also the cheapest in July before it was knocked off the top spot by Lidl in August.

Groceries which had the biggest price difference from most expensive to least expensive store were own-label, large free-range eggs which cost £1.06 less in Aldi compared to Waitrose.

Where do you prefer to shop and why? Tell us in the comments section…

Chadwick Bosemans Memory Shall Now Be Honored With A $5.4 Million Scholarship
Recent Posts