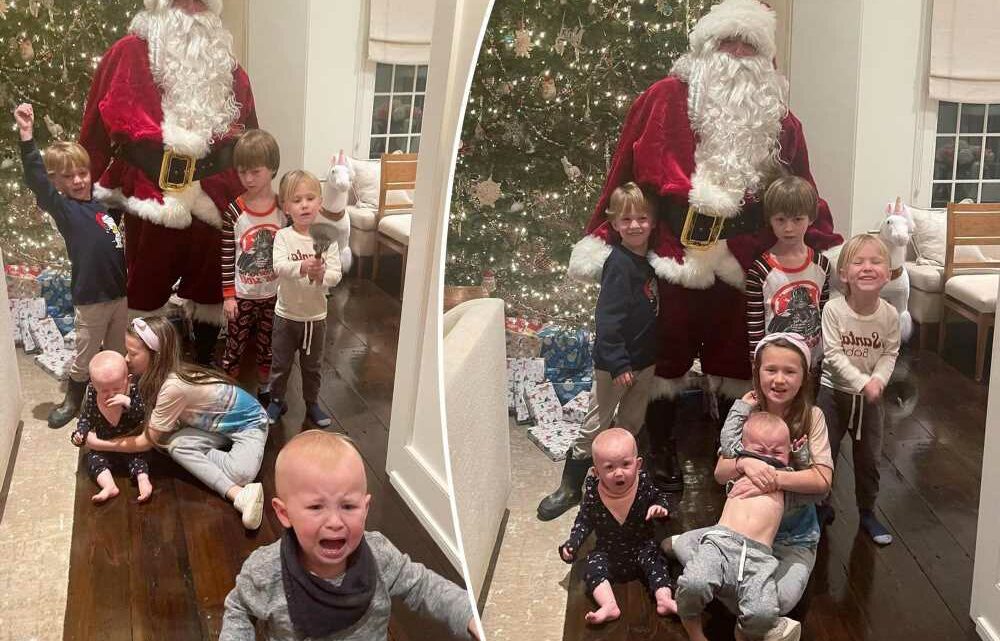 Alec Baldwin and his wife Hilaria escaped to the Hamptons for Christmas amid the ongoing investigation over the actor’s involvement in the deadly shooting on the “Rust” set.

Hilaria posted festive family photos to her Instagram on Christmas Eve on Friday where the “30 Rock” actor was seen dressed up as Santa Clause beside their six children.

“Reality vs….well….reality 🎅. This was the best we got from the photo batch 😂,” Hilaria, 37, captioned the post on Friday, adding, “Happy Christmas Eve y Feliz Nochebuena. Our love to you and your families 🎄❤️🎄❤️. Amor, amor!!!!”

The chaotic scene showed some of their kids crying and throwing fits while other siblings looked joyful and happy posing in front of their festive Christmas tree.

Hilaria also shared other snapshots of their Christmas Eve shenanigans including their time cooking together in the kitchen. She later shared photos of her kids opening their presents from under the tree. 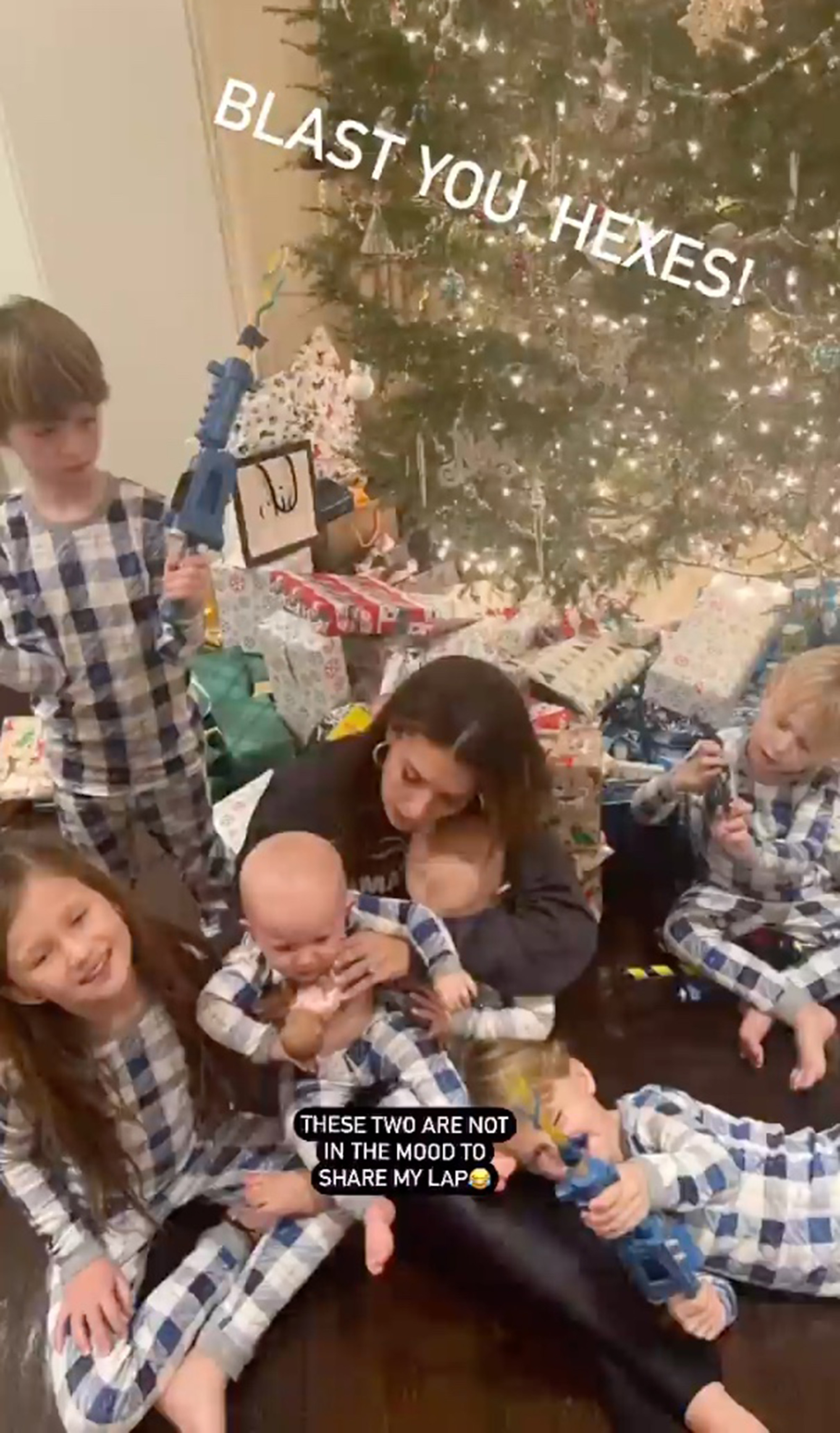 The couple decided to have a “quiet” holiday with the kids in the Hamptons this year, a source told People last week. 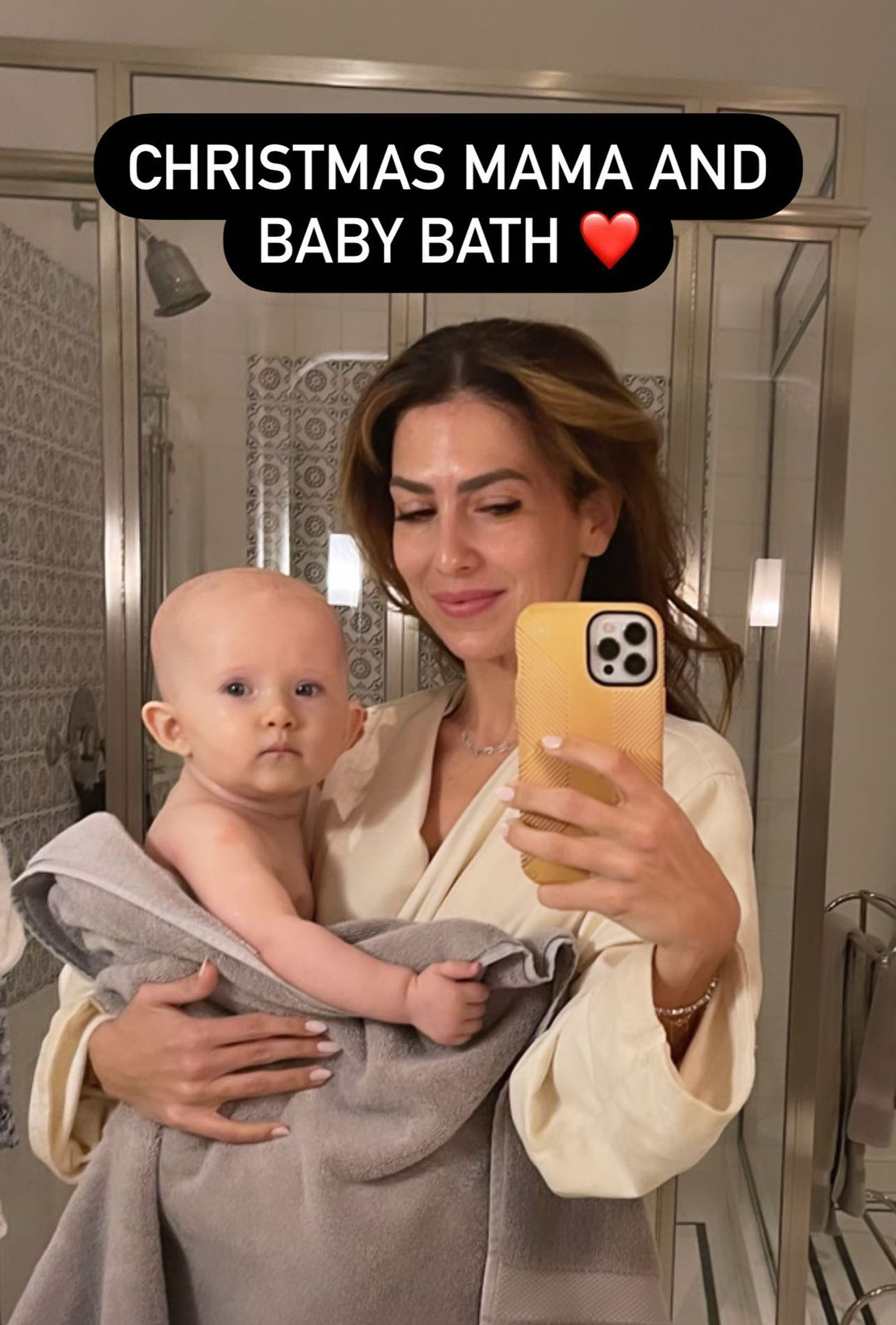 The pair have been keeping a low profile since Baldwin fatally shot cinematographer Halyna Hutchins on the “Rust” movie set in October. Baldwin fired a prop gun while rehearsing a scene of the western film, killing Hutchins and wounding the film’s director.

Baldwin told  ABC News’ George Stephanopoulos earlier this month that he “didn’t pull the trigger” and also claimed that someone else, not him, put the live round in the gun.