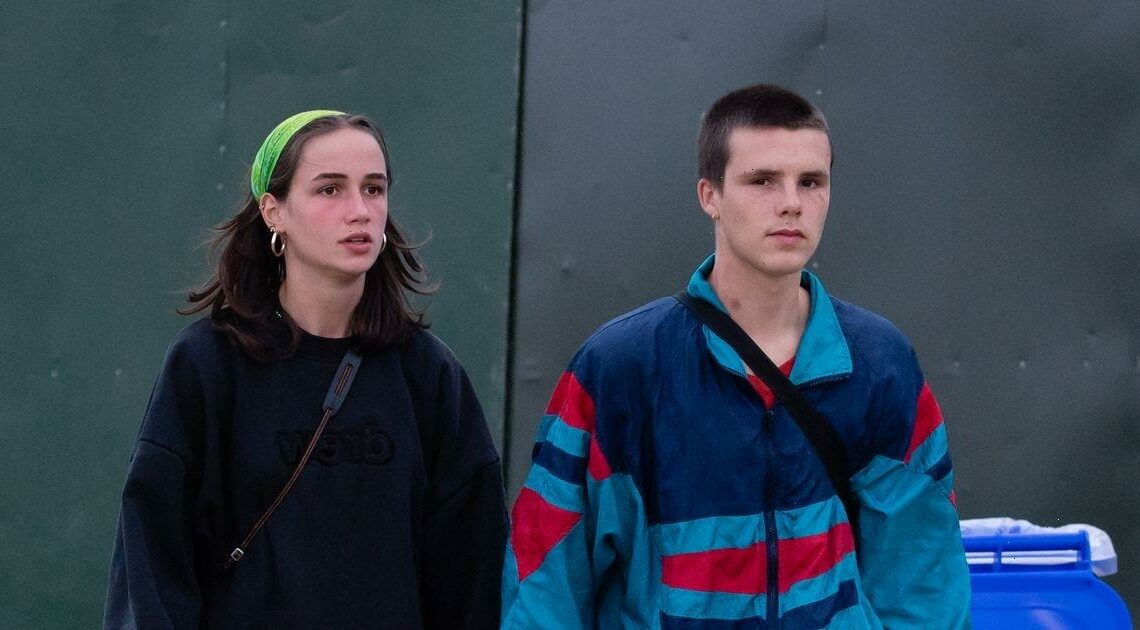 Cruz Beckham has gone public with his girlfriend Bliss Chapman as the pair stepped out hand-in-hand at Reading and Leeds Festival.

The son of Victoria and David Beckham, 16, who recently enjoyed a sun-soaked trip to the Amalfi Coast with his family, looked utterly smitten with the 15 year old, who is the daughter of celebrity nutritionist and former model Rosemary Ferguson, on Sunday 29 August.

The teens, who have reportedly been dating for 'just over a year', were dressed appropriately for the rock festival and Bliss opted for a chunky Justin Bieber-designed jumper atop a floral minidress and accessorised with a neon green bandana and gold hoop earrings.

"Cruz and Bliss have been dating for just over a year. They’re really happy and had a great time at the weekend enjoying some live music at Reading," a source claimed to The Sun.

But what else do we know about Bliss? Let's take a look…

Who are the parents of Bliss Chapman?

Bliss is the daughter of former model and celebrity nutritionist Rosemary Ferguson and artist Jake Chapman.

Rosemary, who has garnered 73,800 followers on Instagram through her nutritional advice, has three daughters, Elfie, from her relationship with artist Barry Reigate, and Bliss and Blythe with Jake.

The model-turned-nutritionist was pictured with her eldest daughter Elfie and Victoria Beckham at London celebrity haunt Annabel's for a British Vogue event in February last year.

Where does Bliss Chapman live?

Bliss and her family live in a converted barn in the Cotswolds, Oxfordshire, with their five female dogs.

Meanwhile the Beckham family also have a sprawling £6million country pile in the Cotswolds.

Former footballer David and Spice Girl Victoria recently submitted plans for a new outbuilding at their gorgeous retreat in the quaint village of Chipping Norton where eldest son Brooklyn celebrated his 21st birthday.

The couple, who purchased the converted Grade II-listed home farmhouse in 2016, described in the plans how the barn will provide “new roosting and nesting opportunities for bats and birds”.

Who is Bliss Chapman friends with?

Bliss has a private Instagram account and has garnered 1,176 followers including boyfriend Cruz, his older brother Romeo, 18, and Gordon Ramsay's daughter Tilly, 19, who is a close family friend of the Beckhams.

Speaking about social media in an interview with Sheer Luxe, Rosemary said: "The one thing I’m quite strict about it is social media.

"It’s why we limit screen time in our house – I want to have conversations with my family, not have everyone hiding in their rooms on their phones. I admit it’s changed as the girls have gotten older – I mean Bliss is nearly 16 – but it’s good to have some boundaries."

Bliss and her sister Blythe were also bridesmaids to Kate Moss as she tied the knot to Jamie Hince in 2011 at at St Peter's Church in Southrop, Gloucestershire.