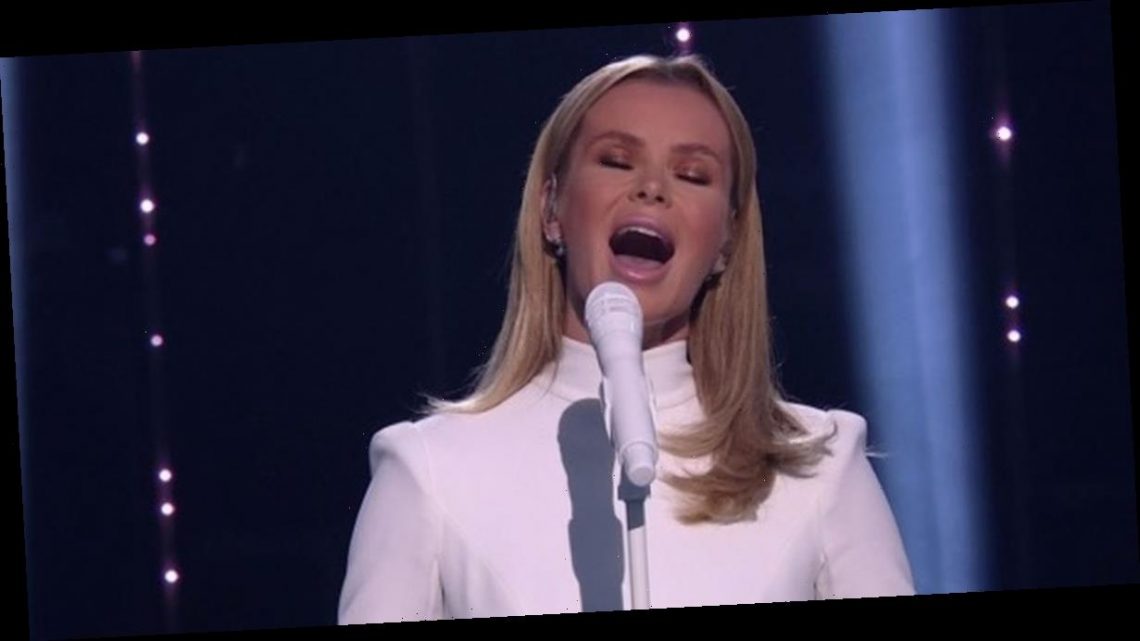 The radio host, 50, said she wants to treat fans to tunes from her debut album.

And she also wants to do cover versions of her favourite tracks to audiences across the nation when venues open later this year.

Amanda told Woman’s Own magazine: “I want to take a show on the road.

“I haven’t wanted to commit to booking anything with so many tours being postponed.

“Once everything opens up again, I’d love to tour.”

A string of promoters are battling it out to be part of the gigs.

Amanda scored the highest charting debut album for a British female solo artist last year with Songs From My Heart, which reached No4 in the charts.

It comes after the Britain’s Got Talent judge hinted she is the new host of Blind Date.

The star, who appeared on the show in 1991 as a contestant with original presenter Cilla Black, revealed it has “always been a dream of [hers] to have [her] own dating show”.

She announced she is excited to be “working on something special with the BBC at the moment”.

On the show 30 years ago, Amanda said she liked “mature men” and confessed her dream man was Hollywood legend Jack Nicholson.

But the male contestant ended up choosing another guest.

A source close to the production told the Daily Star Sunday last month that bosses are “thrilled” to have Amanda on board.

Last month the telly star discovered shocking secrets about her family while researching her heritage for a new series.

The presenter joined comic Alan Carr, 44, on a road trip around the UK for ITV’s DNA Journey.

And Amanda, who is an ambassador for Battersea Dogs and Cats Home, discovered that one of her ancestors, named Thomas, was the organisation's first ever chief executive in 1877.

Emmerdale spoilers: Charity Dingle weasels her way back into the family