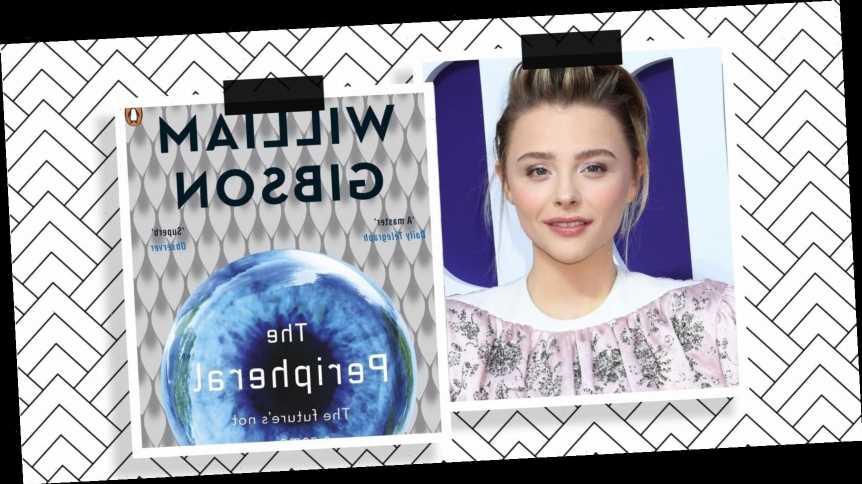 Amazon Prime’s latest series The Peripheral is a sci-fi thriller based on the bestselling novel of the same name by William Gibson. Here’s everything we know so far.

At a time when real-life feels eerily dystopic, you might think watching a dystopian film, novel or TV series is the last thing you’d want to do. But, as many of us have discovered during lockdown, that isn’t necessarily the case.

From the terrifying pandemic-related storylines of Station Eleven and Contagion to the harrowing futures of The Handmaid’s Tale and Never Let Me Go, post-apocalyptic and dystopian content has seen a surge in popularity over the last 12 months, providing us with a small sense of against-all-odds hope and a healthy dose of strong, inspiring characters.

Coronavirus: the psychology behind watching apocalyptic pop culture in the middle of a pandemic

So, when we heard Amazon Prime was set to bring out a new dystopian series – and that it was based on a bestselling dystopian novel – it’s safe to say we were pretty intrigued.

The Peripheral, which is based on the novel of the same name by William Gibson, was first announced back in 2018, and has now landed an all-star cast and creative team.

Here’s everything we know about the series so far.

What is The Peripheral about?

Led by Westworld creators Lisa Joy and Jonathan Nolan, the series explores two future time periods – one, in near-future small-town America, and the other, in the early 22nd century after an apocalyptic period known as the Jackpot has taken place.

Focused primarily on a character called Flynne and her brother, Burton, who live in the near-future, the story starts out when Flynne takes over her brother’s security job, which takes place in what he thinks is cyberspace. However, things start to go wrong when Flynne witnesses something that may have been murder.

The Peripheral also features a character called Wilf, who lives in the 22nd century. The book alternates between Wilf and Flynne’s viewpoints, so it’s likely the series will do the same.

Who stars in The Peripheral?

As far as cast lists go, The Peripheral’s is seriously impressive.

Chloë Grace Moretz, who previously starred in the post-apocalyptic film The Fifth Wave, will star as Flynne, while Jack Reynor, who is known for starring alongside Florence Pugh in Midsommar, will play Burton.

Gary Carr, who recently appeared in Amazon Prime’s Modern Love, will take on the role of Wilf, while T’Nia Miller, who has starred in numerous shows including Netflix’s The Haunting Of Bly Manor, will play a character called Cherise.

When will The Peripheral be released?

Nothing has been confirmed yet and the show is still in pre-production, so it’ll likely be a while until we hear anything more about when this series will be released.

However, we’ll share the latest news here when we get it, so keep your eyes peeled for updates.