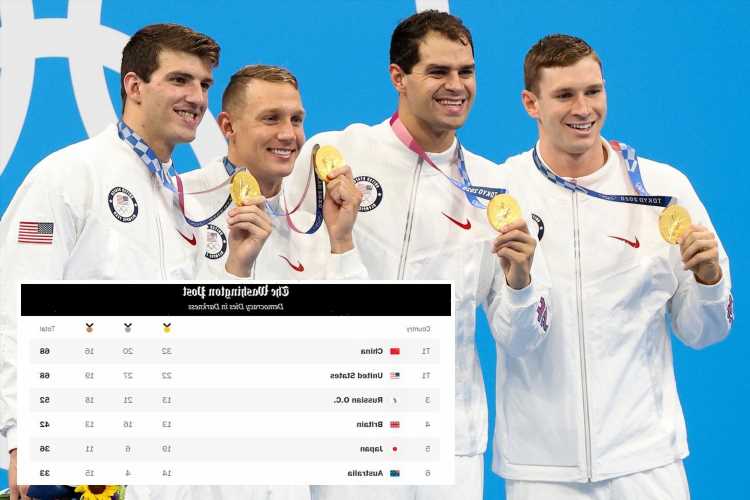 THE AMERICAN PRESS have been trolled on social media for presenting the Olympic medal table to show the US on top.

The US team are currently second in the official standings and look set to miss out on top spot for the first time since 2008. 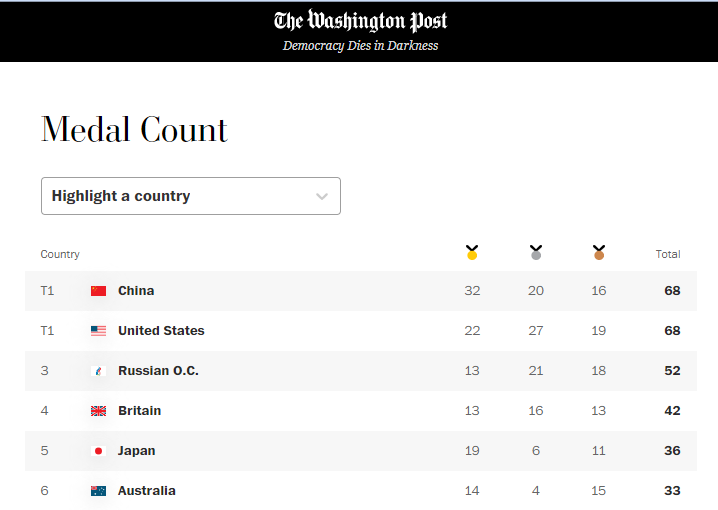 The Washington Post have published a medal table on their website that is ordered by the number of medals each country have won.

But the official Olympic table is ordered by the number of golds each country have attained this summer.

China are currently leading the way with 32 golds, with America in second on 22 and hosts Japan just behind on 19.

But on Tuesday morning, the Washington Post claimed the US team were tied for the lead with China as both countries had 68 medals overall.

The American newspaper had Team GB in fourth on 42 medals, despite winning just 13 events at the time – one less than Australia.

Fans of social media have slammed the Washington Post for their table, with one tweeting: "The insecurity is embarrassing."

Another wrote: "What a pity to see the Washington Post using the garbage medal table made up by NBC and not the official Olympic medals table."

While one critic tweeted: "Come on Washington Post, the US are getting beaten in the medal count… Why can't you show this correctly?" 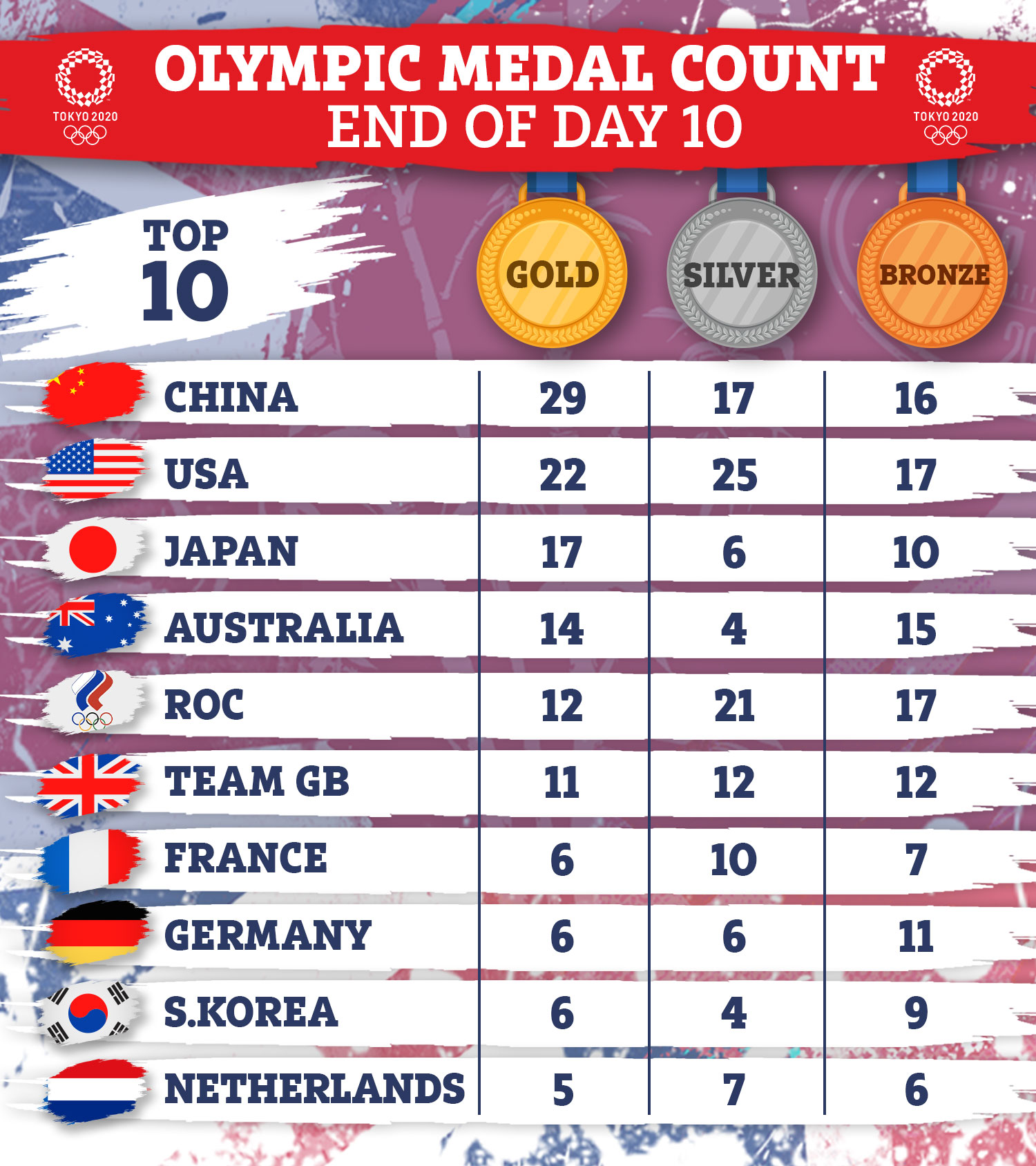 The US dominated the 2016 Olympics, winning 46 events and picking up 121 medals overall – 54 more than Team GB in second.

They also topped the charts in 2012 and have only finished second once since 1992, when China hosted the Olympics in 2008.

While there's a good chance America will take home the most medals this summer, it seems unlikely they will overhaul China's golden effort.

🥇 TOKYO OLYMPICS LIVE: All the latest from the Games with our live blog

🥇 WHAT'S ON TODAY? Best bits to watch at the Olympics and UK times for your favourite stars

NYC to mandate proof of vaccination for many indoor settings