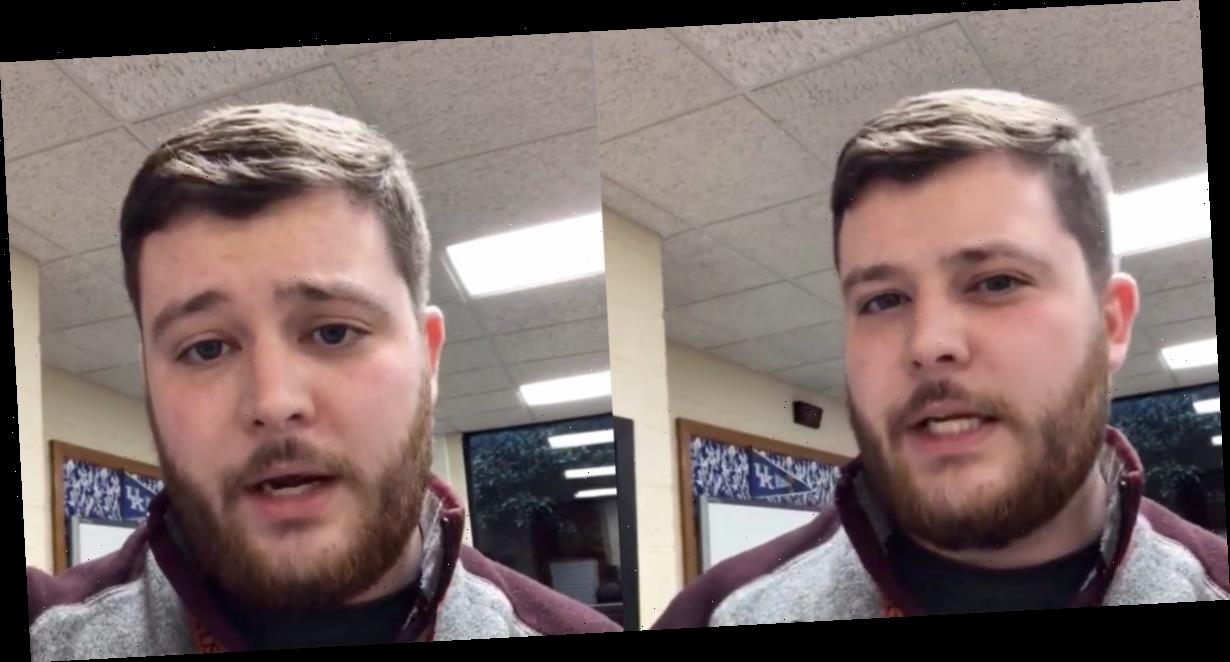 Brandon Holeman, an eighth-grade science teacher from Henderson, Kentucky, is going viral for a heartwarming TikTok video about why he recently let a student sleep in class.

The clip was originally shared on February 24, but it has since gone on to attract more than 5 million views.

"I've said this on plenty of live streams, but never on a video: Sometimes the nicest thing a teacher can do for a student is to let them come in, lay their head down, and go to sleep," Holeman said in the video. "And here's a perfect example."

This is for all the teachers and students out there. Life can hit hard, and we all need some grace. ##teacher ##middleschool ##fyp ##foryou ##studyhacks

According to Holeman, the student was "visibly upset" when he arrived at school that morning.

"You could tell something was wrong, but it was early in the morning," Holeman said. "Maybe he just hadn't had his coffee."

As class started, a friend of the student approached Holeman and asked him to "be easy" on the student because his grandfather died the previous night.

That day, Holeman's class was taking "a really big test." After passing them out to the rest of the class, Holeman wrote a post-it note to the student and stuck it to his test. The note read, "I'm sorry for your loss. I'm praying for you. You already have a 100 on this test. Don't even worry about it. Just turn it in."

"Sometimes, as teachers, our tests are not as important as the student's personal life," Holeman explained at the end of the post. "And we all need to recognize that, students and teachers both.

In an interview with BuzzFeed News reporter Krista Torres, Holeman said he nearly deleted the viral upload because he didn't want people to think he "was trying to use a student's loss for views or likes."

"However, I'm so thankful that people have received the message and meaning behind the video," he added.

Holeman, who has been teaching for two years, said he started making videos for TikTok after a student challenged him to see who could get more followers in a weekend.

Within 24 hours of posting his first TikTok, Holeman told BuzzFeed he gained almost 50,000 followers on the platform. Now, he boasts more than 1 million.

"Teachers are professionals and we have to teach our content, and do it well," Holeman said. "However, when an opportunity presents itself to make a difference in a student's life, we have to take it. We may never know what the little things really mean to a student in the span of their life. Teaching is my job and profession, but investing in students is my calling."

Finn Tapp’s home: Inside the Love Island winner’s stylish pad with his own bar
Recent Posts