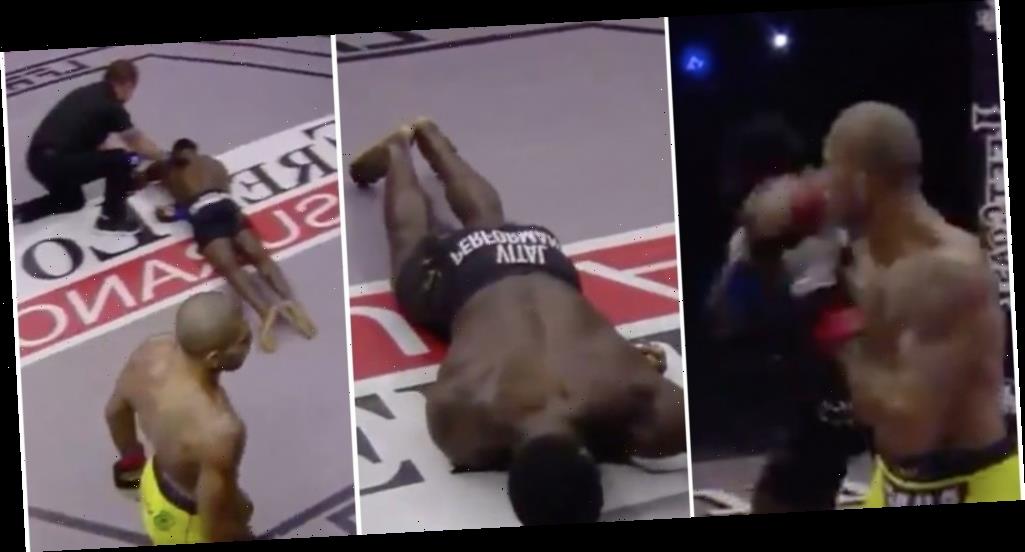 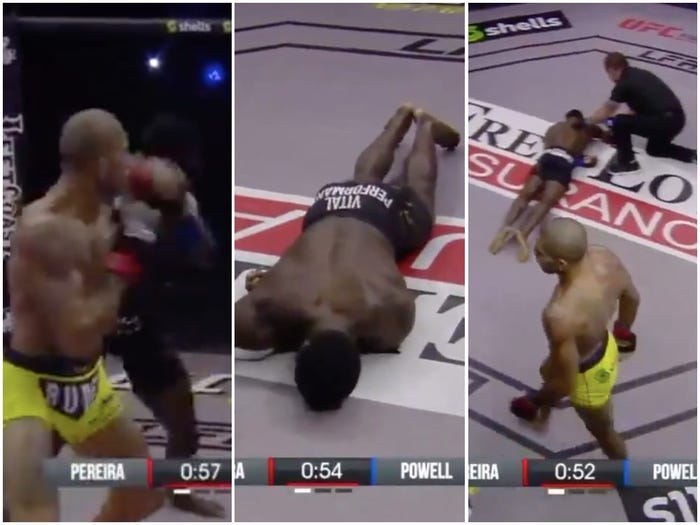 An American fighter face-planted the canvas and was knocked out for five minutes after getting hit with a left hook during an LFA mixed martial arts match Friday.

Alex Pereira, 33, had been competing as the Glory middleweight champion kickboxer but returned to cage-fighting for his first MMA bout in four years, beating Thomas Powell in the first round at Park City in Kansas.

With one minute left on the clock in the opening frame, Pereira threw a head kick, which Powell blocked with his forearm.

After resetting and spotting an opening, Pereira landed a crisp, short-range left hook, which sent Powell crashing to the canvas, seemingly knocked out before he had even hit the deck.

The finish was so conclusive, Pereira barely celebrated and simply walked around the outside of the cage.

According to the ESPN MMA reporter Ariel Helwani, Powell was "out cold for approximately five minutes. Didn't move. One of the scariest byproducts of a KO in recent memory."

Helwani added: "When Powell got up, he was seen saying to the medical staff, 'I was fighting?'" before eventually walking out of the venue unassisted.