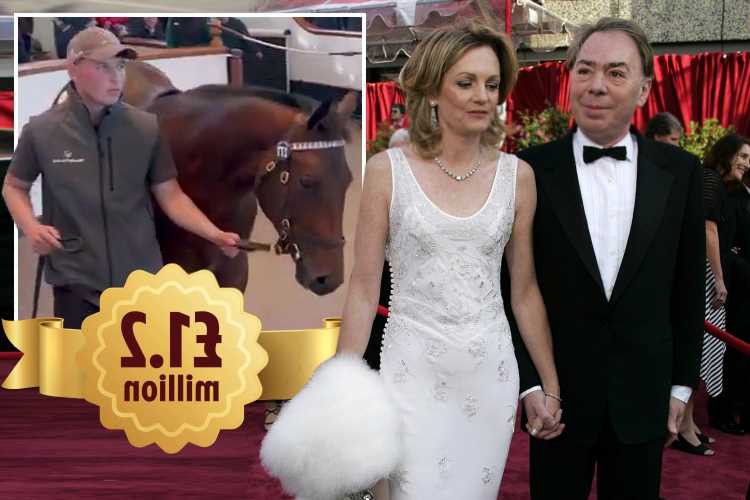 Andrew Lloyd Webber and wife net £1.2m in racing's version of the football transfer window after sale of superstar colt

The musical supremo, 73, was celebrating a seven-figure payout on a horse he bred after a frantic last-minute phone call won the bidding. 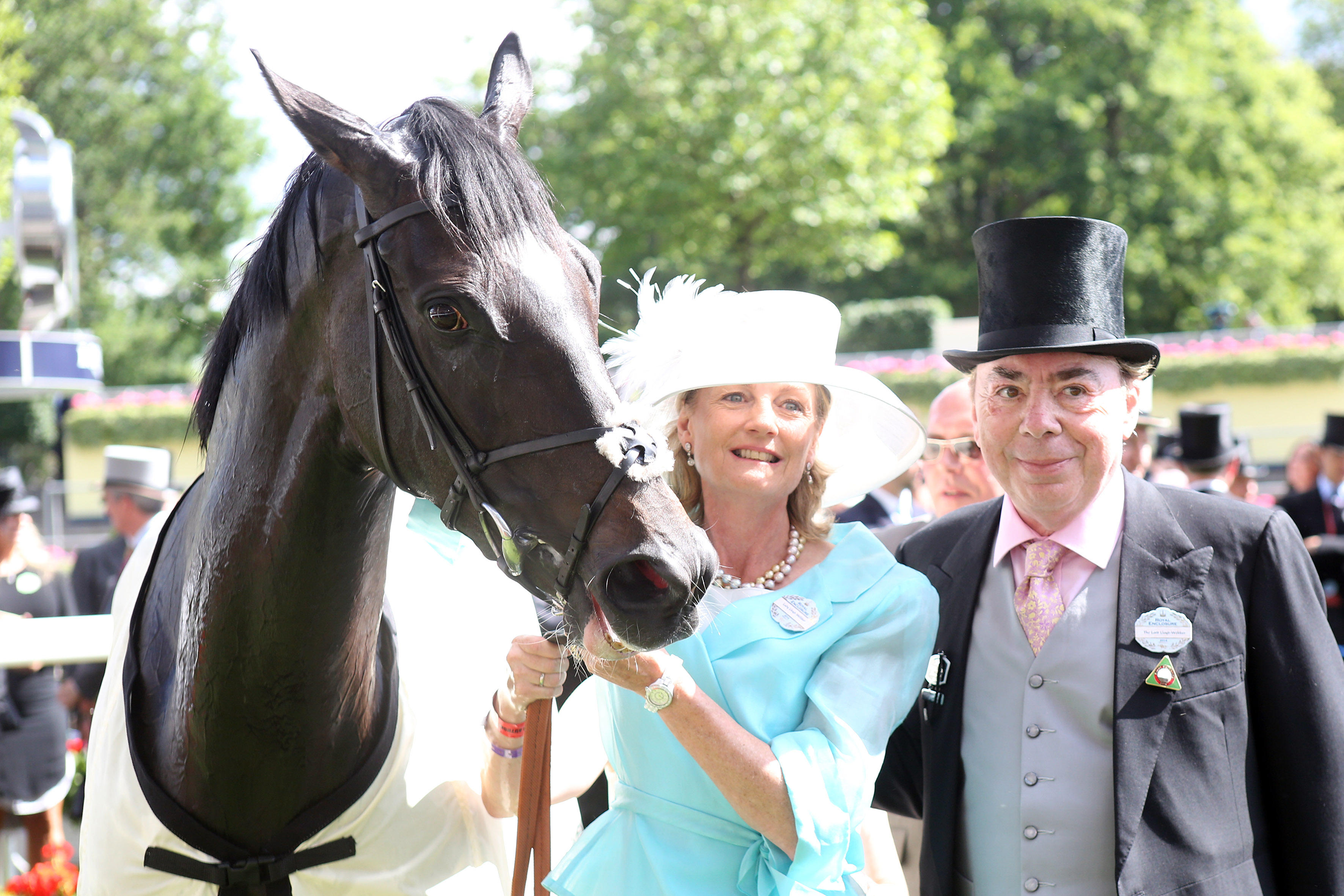 Lord Lloyd Webber, who runs Watership Down stud in Newbury, Berkshire, with his third wife, arrived at racing HQ Newmarket just in time to see the bidding hit £600,000.

But the money kept rising for this yearling of legendary racehorse Sea The Stars, and the hammer eventually went down for £1.2m – the biggest of the day.

Sales on day two of the Tattersalls October Yearling sale hit £30.1m in all, to go with the £25.2m splashed on horses on day one.

Billionaires like Sheikh Mohammed, the ruler of Dubai, and former Manchester United shareholder John Magnier, do battle to secure the racing superstars of tomorrow.

But it was Lord Lloyd Webber – worth around £525m – who was smiling biggest after getting to the auction just in the nick of time.

Lady Lloyd Webber added: "We never expected to break the million guinea barrier, because no one ever does.

"Maybe Andrew is our lucky omen!"

The Lloyd Webbers will now watch on anxiously to see if the colt can follow in the hoofsteps of his famous sire, a former Epsom Derby hero.

Sea The Stars won £4.4m on the track but charges £128,000 a go to cover a mare at stud, raking in millions for owner Christopher Tsui.

This new colt is out of mare So Mi Dar, a half-sister to champion two and three-year-old Too Darn Hot, and a daughter of the couple's triple Group 1 winner Dar Re Mi.

Lady Lloyd Webber added: "It is very difficult to do that [sell for more than a million]. The Dar Re Mi family is carrying on, and that is what it is all about from a foundation mare.

"We are now in the third generation, it is really wonderful to see this family keep going.

"He is a beautiful horse, hopefully he will win the Guineas! And then will carry on winning Group 1s like the rest of the family."

The man with the deep pockets who saw off all other challengers to land the colt was Bill Farish, a former US ambassador to the UK under George W Bush.

Purchaser Charlie Gordon-Watson won the bidding after a late phone call from the 82-year-old American.

Gordon-Watson said: "Bill Farish rang me just before and said, 'what about this horse? What do you think?'

"I told him that I thought he was the best horse I have seen at the sale.

"It all happened in the last hour and a half. I think I got the valuation right as I told Bill that I thought he'd make between 800,000 guineas and 1.2m.

"Bill liked the pedigree and the mare, everything is so international now. The horse will stay here, and no trainer has been decided as yet."