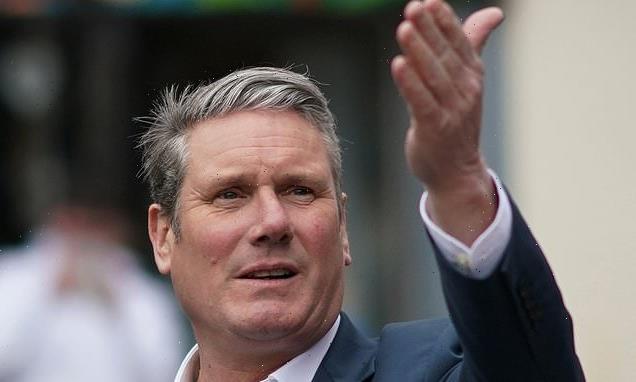 Keir Starmer has had a disastrous week and must be relying on his team to rally round. In particular, he will be looking to Matthew Doyle, his director of communications who was head of press for Labour under Tony Blair.

Doyle travelled the world with Blair after he left office, when the ex-Labour leader became the richest former PM in British history.

His partner of five years is Philip Normal, the first openly HIV-positive mayor in the country who resigned as a councillor for Lambeth in South London in January and will no longer be a candidate in this week’s local elections.

The fashion designer, who changed his surname from Burr to Normal by deed poll, is now under investigation by the party after a number of offensive tweets came to light. 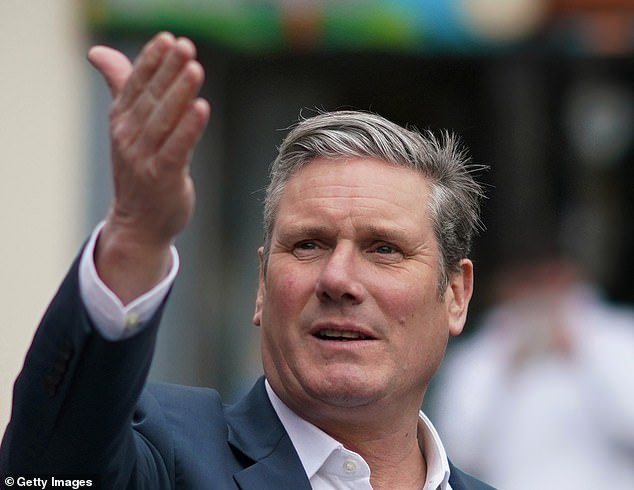 Keir Starmer has had a disastrous week and must be relying on his team to rally round. In particular, he will be looking to Matthew Doyle, his director of communications who was head of press for Labour under Tony Blair

They include: ‘Why do some Muslim women walk like penguins?’ which Normal tweeted on September 29, 2011. He described Whitechapel in East London as an ‘aggressively Muslim’ neighbourhood in a tweet on January 22, 2013. On May 27, 2011, he complained about a ‘big black man’ taking up room on a bus.

When Normal was campaigning in the past for re-election he was using the same Twitter account with which he’d made the offensive remarks.

After the old tweets resurfaced, he tweeted to say sorry: ‘I sincerely apologise to everyone who has seen them and who I have insulted by their contents.’

The revelations will do little to help Labour rehabilitate itself after Corbyn — something which Starmer has been desperately trying to achieve. 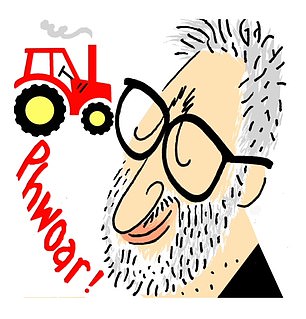 Labour MP Jess Phillips is, predictably, no fan of Boris Johnson. ‘I’ve met pot plants that could compete with Boris Johnson’s Oxford debating skills,’ she says. ‘He is a genuinely dreadful Commons performer.’

Has the porn-shame Tory MP Neil Parish made a small piece of literary history?

The comedian David Baddiel asks: ‘Will “I was looking at tractors” become a national catchphrase?’

Is Sheffield ready for Eddie?

Comedian Eddie Izzard has been on the campaign trail in Sheffield for the party’s South Yorkshire mayoral candidate Oliver Coppard.

Izzard, who prefers to be identified as ‘she’ and ‘her’ these days, is desperate to become an MP.

The Sheffield Central MP Paul Blomfield is standing down at the next election so his 27,000 majority will be a tempting proposition for Izzard. But will the local Labour Party want serial loser Izzard, who spent £36,000 — including £22,000 on transport and food — in a doomed nationwide campaign to stop Brexit?

An avowed republican, Izzard also campaigned unsuccessfully to change the ‘first past the post’ voting system to the Alternative Vote (AV) in the 2011 referendum.

Labour’s culture spokeswoman Lucy Powell last week secured an emergency Commons debate on the Government decision to privatise Channel 4. What she failed to declare at the start of the speech was the gifted trip to the Baftas worth £2,140 that she received from the TV network. Perhaps she had forgotten? Unlikely — the Baftas were in March.

Lib Dem deputy leader Daisy Cooper has been calling for any MPs linked to sexual harassment to be banned from Parliament for good.

That is, it seems, unless they’re Lib Dem. Lord Rennard, former Lib Dem chief executive, was suspended from the party in 2014 after four women activists made sexual harassment allegations against him — which he has denied — only to be reinstated seven months later.

A service of thanksgiving for the life of the civil servant Sir John Chilcot is being held in Westminster Abbey this month.

It was Chilcot’s devastating 2016 report into the Iraq War which concluded that Tony Blair agreed to the invasion before peaceful options had been exhausted.

It also argued the threat posed by Iraq’s so-called ‘weapons of mass destruction’ was presented with a ‘certainty that was not justified’.

As a former PM, Blair will be invited to the service. But will he go?

Interior designer shares her method for a sparkling clean toilet