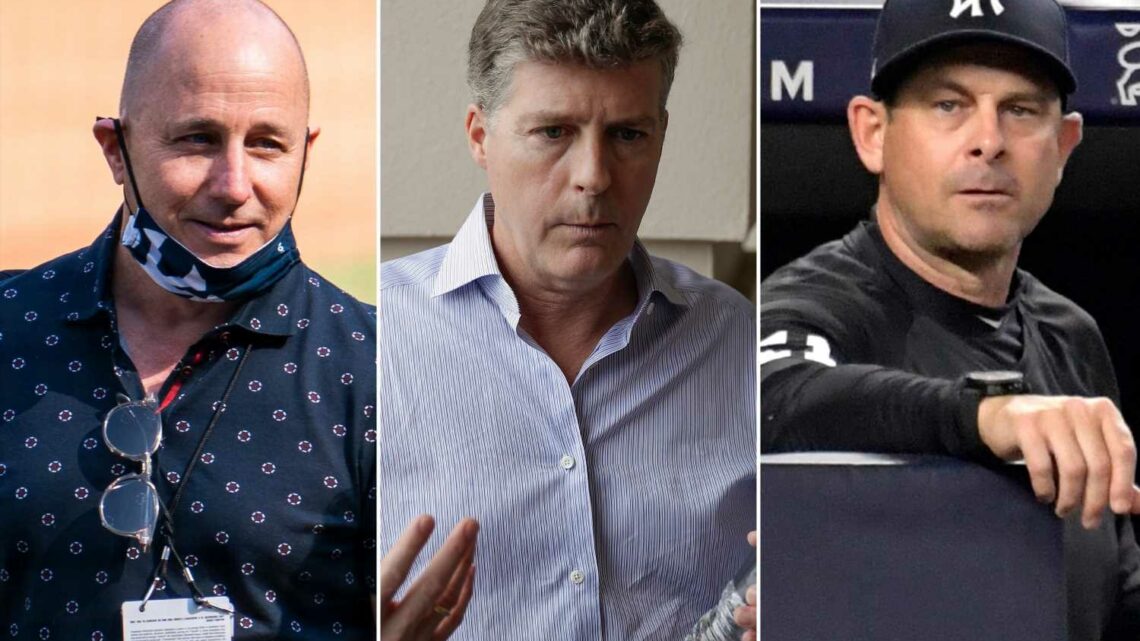 Yankees will have to wait to rebound from horrendous loss

Yankees star not in lineup in brutal defeat

Aroldis Chapman may have just burned down Yankees season

Hal Steinbrenner admits the Yankees’ sluggish season has been “absolutely aggravating, maddening and tough to watch,” but he threw his support behind GM Brian Cashman, manager Aaron Boone and the coaching staff Thursday in a wide-ranging call with reporters.

“Am I mad at what I see? Absolutely,” Steinbrenner said on a Zoom call as the Yankees’ afternoon game against the Angels was postponed due to forecasted inclement weather. ”I’m aggravated. Frustrated. Angry. But that’s not going to push me to a knee-jerk reaction to get rid of somebody.”

The fans that remained at Wednesday’s ninth-inning giveaway loss to the Angels – with closer Aroldis Chapman giving up a game-tying grand slam in a seven-run inning – chanted for Boone to be fired. The $201 million Yanks are 41-39 at essentially the season’s midway point, with five losses in their last six games, a streak that includes being swept by the Red Sox over the weekend in Boston.

“We’re not going to get down. We’ve had tough losses before. We’re going to do everything we can to win, win, win,” Steinbrenner said.

Boone said Steinbrenner has been “very supportive,” yet “pretty pointed with some comments at times about what’s going on, and ‘Hey, this needs to be better.”

Steinbrenner added he would “absolutely consider” going over the luxury tax with the team’s payroll if the front office believed such an addition would help the Yanks become a championship contender. He also said being a seller at the trade deadline is “not a direction I’m contemplating.”

The Truth About Taylor Swift And Lorde’s Friendship
Recent Posts