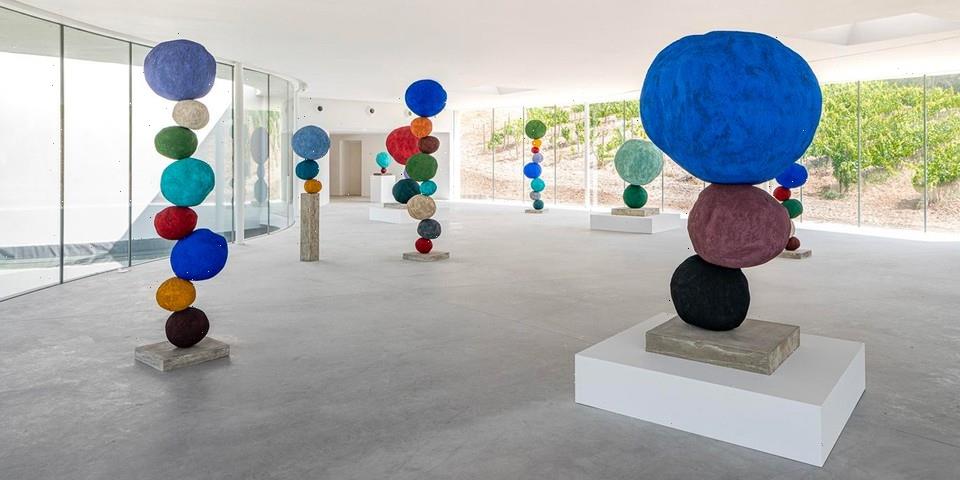 Château La Coste is a centuries old wine producer nestled in the heart of Provence. Part winery, restaurant, event space and bookshop, the company is constantly expanding to have included a Tadao Ando-designed cultural art center, along with its most recent building, which is said to have been one of the final designs drawn up by Oscar Niemeyer.

To accompany a range of exhibitions ongoing at Château La Coste, the latest pavillion is hosting a series of new work by British visual artist Annie Morris. Well-known for her spherical totemic sculptures, also known as Stacks, Morris’ vibrant assemblages serve as a metaphor for resilience and hope against the uncertainty that life throws at us.

Morris has said in the past that she first created this body of work as a way to cope with the tragic stillbirth of her first child back in 2014. The series has since developed into a joyous study to which has become a hallmark of her practice. Also on view are the artist’s lesser-known, but just as vibrant set of tapestry paintings.

Co-curated by Georgina Cohen, Annie Morris is on view at Château La Coste until September 2022.