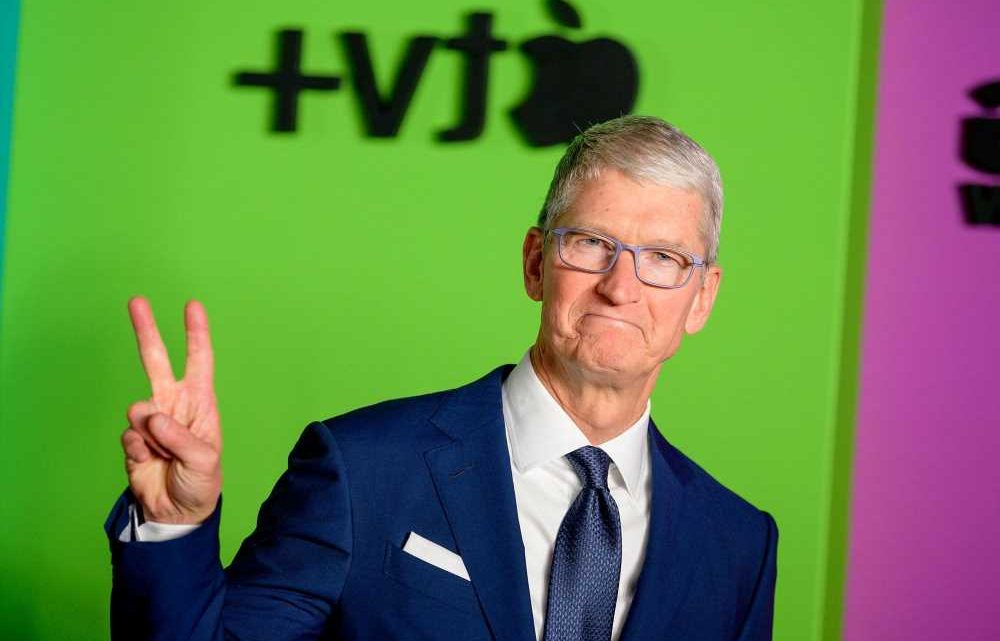 Apple on Wednesday posted sales and profits far ahead of Wall Street expectations and announced a $90 billion share buyback as customers continued to upgrade to 5G iPhones and snapped up new Mac models with Apple’s house-designed processor chips.

“I think the US will be very strong. Certainly, all indications that I see would be very positive on the US economy,” Cook told Reuters in an interview.

The results came amid a global semiconductor shortage that has hobbled U.S. automotive manufacturers but that appears to have left Apple, a major chip buyer known for its supply chain expertise, unscathed.

“There wasn’t a material issue with our results due to supply,” Cook told Reuters.

Apple thrived through the coronavirus pandemic as home-bound consumers stocked up on electronic devices and signed up for paid apps and services for fitness and music, and sales shot up even higher as Apple released 5G iPhone models last fall.

For the fiscal second quarter ended March 27, Apple said sales and profits were $89.6 billion and $1.40 per share, compared with estimates of $77.4 billion and 99 cents per share, according to Refinitiv data.

Apple shares rose 3% in extended trading after the results.

While Apple’s business is booming, its App Store, one of its fastest-growing businesses, has come under increased antitrust scrutiny because of Apple’s in-app payment rules and app review policies. In the coming weeks, Apple will defend a high-profile antitrust lawsuit brought by “Fortnite” maker Epic Games, while European Union antitrust regulators are set to eye the company following a complaint by music streaming service Spotify.

Macs and iPads – two product categories that Wall Street rarely counted on to supply growth – both benefited from consumers working from home and remote learning. On top of those trends, Cook said Apple customers were responding strongly to the company’s M1 chip, its first in-house processor for Mac computers.

“Both of those things happening at once really supercharged the Mac sales. The last three quarters on Mac have been the strongest three quarters ever in the history of the Mac,” Cook told Reuters.

Apple raised its dividend 7% to 22 cents per share, a penny ahead of estimates, as well as announcing the $90 billion share repurchase. Google-owner Alphabet announced a $50 billion buyback on Tuesday.

Apple investors are looking for growth from Apple’s accessories business, which includes products like AirPods headphones and its new AirTag trackers, and its services business, which includes its App Store and new offerings such as paid podcasts. Sales in the segments were $7.8 billion and $16.9 billion, respectively, versus estimates of $7.4 billion and $15.5 billion.

Cook said the company has 660 million paying subscribers on its platform, an increase from the 620 million in the fiscal first quarter. Apple recently added new paid offerings such as its Fitness+ workout service.

Apple’s sales in the greater China region during the fiscal second quarter, which included the busy Lunar New Year shopping season, were up 87.5% to $17.7 billion, compared with a 57% rise in the previous quarter.

Shares of Apple are up some 93% over the past year, compared with a 61% rise for the Nasdaq 100 index of which Apple is a component. The array of products and services eased investors’ valuation concerns that Apple relied too heavily on iPhone sales, turning Apple into a $2 trillion market capitalization company two years after it hit the $1 trillion mark.

The rise has cooled this year despite Apple reporting its first ever quarter with more than $100 billion in sales in January, with Apple shares rising only 3.9% since the start of the year versus a nearly 10% rise for the Nasdaq 100, as investors have questioned whether Apple shares are too expensive relative to other tech stocks.