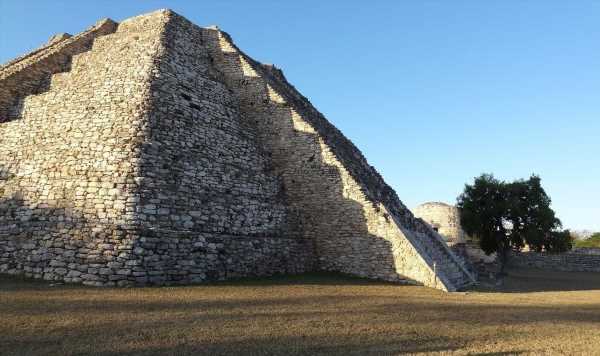 The study was undertaken by anthropologist Dr Douglas Kennett of University of California, Santa Barbara and his colleagues. The team said: “Archaeological and historical studies have proposed linkages among global climate change, societal instability, violent conflict, and socio-political collapse.” However, they added, climatic shifts have also been linked to “instances of resilience, transformation and sustainability in the face of climate pressures.”

Mayapan was the political and cultural capital of the pre-Columbian Maya civilization that occupied the Yucatán Peninsula between 1110 and 1450.

Located some 25 miles south-east of the Yucatán’s modern capital of Mérida, the ancient city is estimated to have once supported a population of 15,000—17,000 people.

The site has been excavated in various phases, beginning in 1939.

In total, the remains of 4,000 structures have been unearthed from within the city walls — most of them residences — alongside a ceremonial centre containing temples, colonnaded halls, and platforms for oration, dancing and the display of stone monuments. 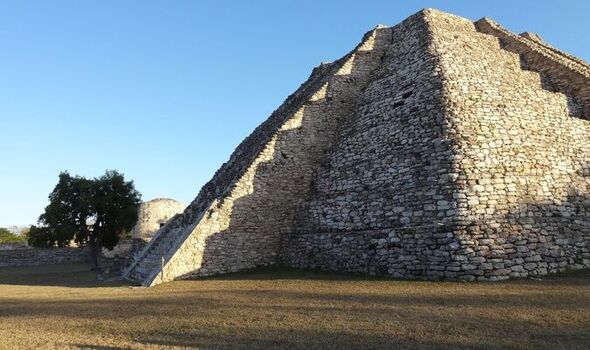 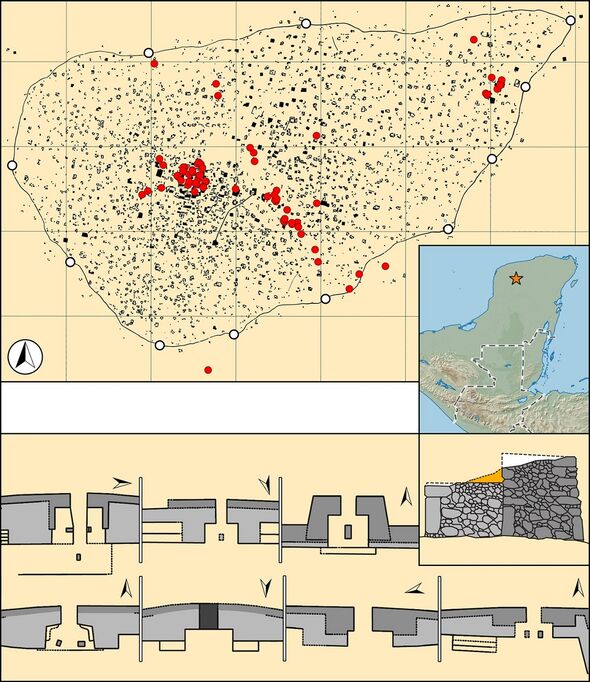 According to Dr Kennett and his colleagues, Mayapan makes a well-suited case study on the links between climate and civil conflict.

They said: “Mayapan provides an appropriate test case for exploring the causes and impacts of civil conflict because of its temporal proximity to European Contact.

This, they added, “can be evaluated with chronological (radiocarbon) and human osteological data.” 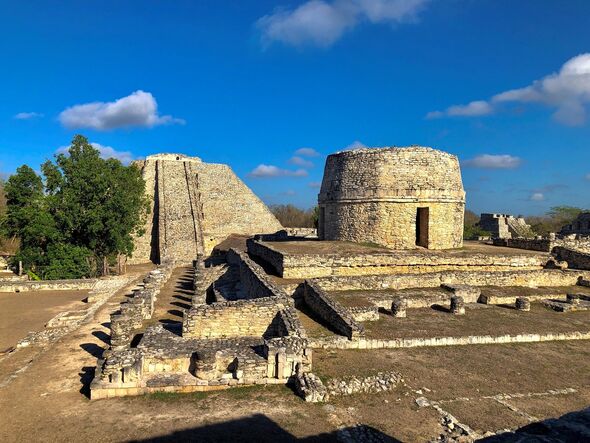 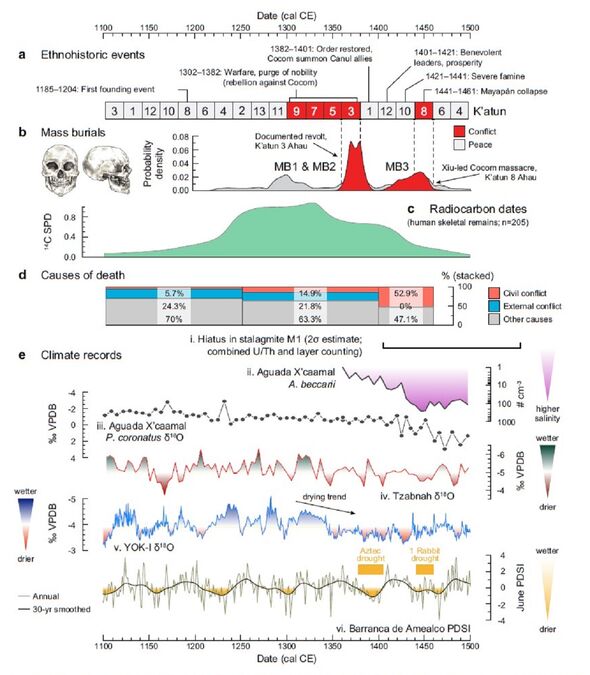 Accordingly, the team studied historical documents for records of violence in the Yucatán, and examined human remains unearthed from Mayapan for signs of traumatic injury.

They then looked for associations between these signs of conflict and indicators of drought conditions.

The team found that an increase in precipitation was associated with population increase in Mayapan, but that subsequent decreases in rainfall between 1400 and 1450 CE were correlated with conflict.

They said: “We argue that prolonged drought escalated rival faction tensions that ultimately resulted in the abandonment of the city.”

However, the researchers noted, “Maya political and economic structures endured regionally until European contact in the early 16th century CE.” 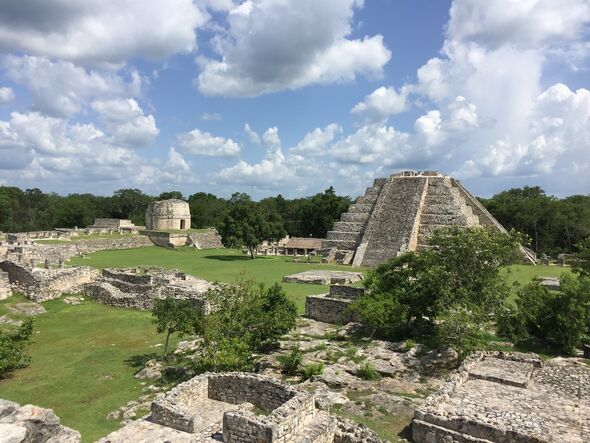 With the collapse of Mayapan, the team argued, the city’s residents migrated to other, smaller and more successful towns in the surrounding vicinity.

These adaptations, they continued, provided regional-scale resiliency, which is what enabled Maya civilization to endure for at least another 150 years.

They wrote: “Human responses to drought on the Yucatán Peninsula during the 15th century CE were complex.

“These complexities are important as we attempt to evaluate the potential success or failure of modern state institutions designed to maintain internal order and peace in the face of future climate change.”

The full findings of the study were published in the journal Nature Communications.