Home » Lifestyle » ‘Archive 81’ Star Dina Shihabi on That Family Secret, How Melody and Dan Could Connect in a Season 2

‘Archive 81’ Star Dina Shihabi on That Family Secret, How Melody and Dan Could Connect in a Season 2

SPOILER ALERT: Do not read if you have not yet watched the finale of Netflix’s “Archive 81.”

Melody Pendras (Dina Shihabi) spends the majority of the first season of Netflix’s “Archive 81” separated from the show’s other key characters, given that the camcorder-toting Visser resident’s story takes place in the ’90s and her work is being studied in the present day by archivist Dan Turner (Mamoudou Athie).

But in the final moments of the “Archive 81” Season 1 finale, Melody becomes a literal blast from the past, as she is dragged through a portal from The Otherworld dimension she has been trapped in for decades by cult-leader Samuel (Evan Jonigkeit) and falls out in front of her long-lost mother, Julia Bennett/Bobbi (Jacqueline Antaramian), and Dan’s best friend, Mark (Matt McGorry). Samuel suspiciously doesn’t come through with her and Dan is nowhere to be seen, having accidentally exited god/demon Kaelego’s realm in the post-Visser-apartment fire ’90s, rather than the present-day entrance he went through in his attempt to rescue Melody.

With Melody dropped into a world she doesn’t know around people she’s never met and no word yet on “Archive 81” Season 2 yet — despite the fact the show has reached No. 1 on Netflix’s Top 10 list in just its first week after launch — Variety turned to star Shihabi for any info she has on where “Archive 81” showrunner Rebecca Sonnenshine is taking the story next.

“Honestly, zero. And I think it’s probably because I’d be a bad liar if anyone asked me,” Shihabi said with a laugh. “They haven’t given us any information at all. I’ve had questions and they’re just very ambiguous, and they just keep smiling and saying that they have a plan. So we’re just in this no man’s land of waiting for Netflix to tell us if there’s a second season.”

That said, Shihabi thinks “there’s so much possibility here” for where Melody’s story could go.

“What has happened mentally to her in these decades stuck in this purgatory, being tormented and tortured and stuck in her trauma of waiting for her mother over and over? Reliving that trauma, what has that done to her mental state?” Shihabi said. “Who is Melody now, back in the future with her mother, who she has no relationship with, doesn’t know and has been looking for. There’s so much juicy personal relationship stuff and knowing Rebecca, I know Season 2 is going to have a lot of that.”

She continued: “And I want to see Melody fight back. In the first season, there’s so much overwhelming surprise and fear that she’s having to reckon with. I think I want to see her be really proactive and like go after things and take a stand in Season 2.”

And let’s not forget about Melody’s chance to finally meet her mother — and explore the truth that her mother is a Baldung coven witch, and so is she.

“The mother-daughter witch stuff I’m excited about. That’s also cool, the possibilities of the power that she holds within her. I’m so excited for that.”

See below for more from Variety‘s Q&A with Shihabi about the “Archive 81” finale and her hopes for Season 2.

Until the finale, Dan and Melody only meet in their dreams, and she has no other connection to him, while he has all of the footage of her to watch and get to know her through. What do you think Melody gained through her limited windows with Dan?

That was my favorite part of the show, these dream moments for Melody. And I thought about it a lot because I was like, what would happen, as Dina, if I had dreams of a person that I never met, but they were consistent dreams and conversations and they felt real and they were coming into my psyche? I really felt like every dream she would get to know him better. So the relationship was forming. It was very different, the first scene when she’s meeting him in the community room for the first time versus when she starts to go outside of the Visser and into his space. That was an interesting transition for Melody, where she’s not in the Visser anymore, she’s not in Dan’s world, and what is that? She’s kind of breaking the natural order of things, and how does that change the relationship? How does that change her? She’s in a place she doesn’t recognize. All those things to play with and to add what happened in the dream to her daily life. And then, ultimately, he’s the person that comes to save her in the end. One thing that Mamoudou and I loved so much that we’ve talked a lot about was their connection is so pure. They share pain and loss, and there’s something so intimate and real about that and exposing that. And so to have that be this thread where he’s really the only person in the whole story that really gets her, that they really get each other.  There was so much in the dreams that I love so much, and I just think it tied in so perfectly with the end when he comes to get her. And that’s what’s so tragic when it doesn’t work out at the end, because you’re like,  “Ah, no! They need each other!”

It seems pretty obvious that Dan falls in love with Melody throughout Season 1, culminating in his decision to go save her from The Otherworld. What do you think Melody’s feelings are for Dan, given that she has not had the larger experience with him that he has had in watching her life and mystery unfold on screen for days?

I think that’s what’s so beautiful about their relationship is that it’s sort of ambiguous, especially on her side, because there’s not been enough time. But there is a spiritual bond between them that could lead to romance, could lead to deep friendship, could lead to anything, which I find quite moving. It’s almost deeper than a romantic relationship. It’s like something that the two of them haven’t shared with anyone else ever.

With Dan stuck in the past at the end of “Archive 81” Season 1 and Melody in the present, do you think it’s possible Melody and Dan might use their dreams as their way of connecting and coming up with a plan to save him in a potential Season 2?

I love that. I hope so, because, like I said, I just loved that they could communicate that way. I also think my dreams tell the future sometimes, so I, as Dina, I’m very attached to my dreams and talk about them every morning. And so I think that would be an incredible, beautiful way for them to connect. But the one thing I will say about that that might burst the bubble is that the reason they could communicate in dreams was because she was stuck in this Otherworld. And so the kind of veil between The Otherworld and the present day is thin. But Dan’s not in The Otherworld, he’s literally in another time period. But I’ll keep my fingers crossed, because I actually think that would be perfect if they do connect that way.

This interview has been edited and condensed.

The Wonder Garage: A Peek Inside Gal ‘The Wonder Woman’ Gadot’s Car Collection 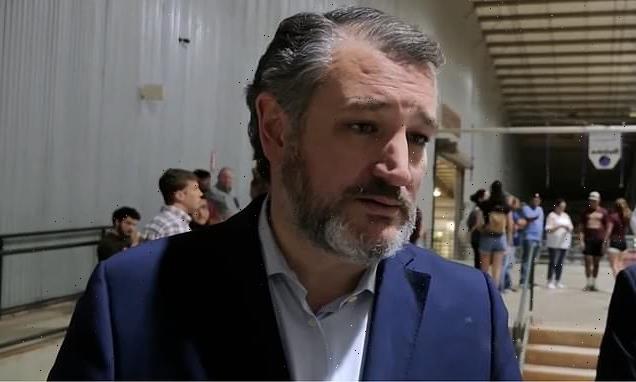 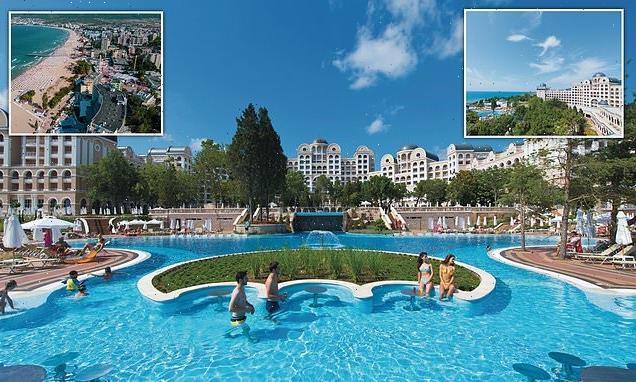