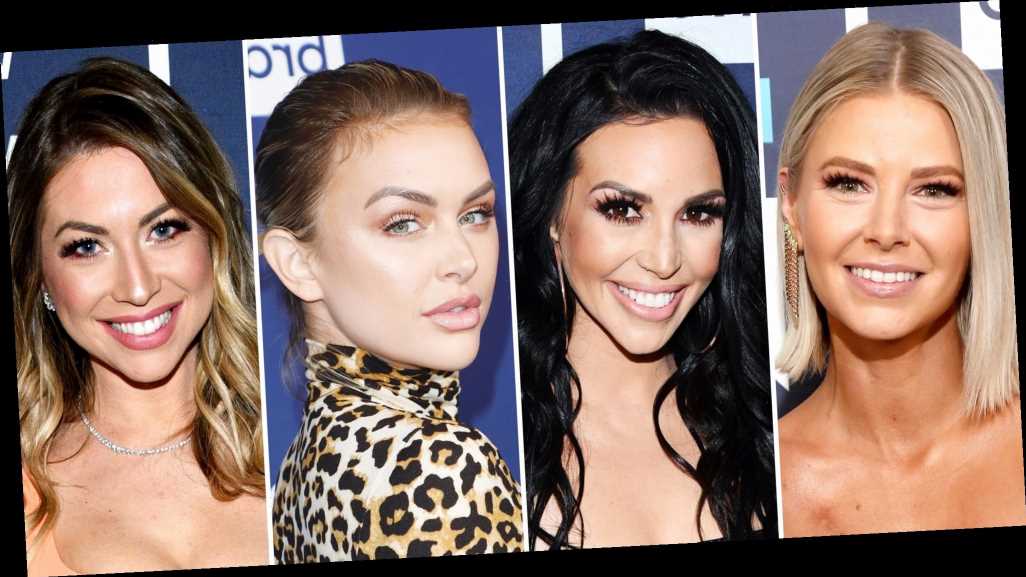 Season 9 of Vanderpump Rules may still be in limbo, but the drama surrounding past and present SURvers never ends.

Ariana Madix got candid about her bestie Scheana Shay’s falling out with Lala Kent during an appearance on the “#NoFilter with Zack Peter podcast” on Wednesday, November 18.

“I fully support [Scheana’s] decision [to cut Lala out of her life] if that’s how she feels given the circumstance of everything that’s happened and what had been said to her and about her,” Ariana, 35, said. “You know, if that was me, I probably would’ve said the same thing. If someone’s gonna talk s—t about me like that, then maybe next time we talk, that might be me.”

Back in September, Scheana, 35, accused Lala, 30, of not being there for her after she suffered a miscarriage during the summer. After the Give Them Lala Beauty CEO, who is expecting a baby girl with fiancé Randall Emmett, denied the “Good As Gold” singer’s claims and slammed her costar via Instagram, Scheana declared she would never be friends with Lala again.

The “Scheananigans” podcast host, who announced in October that she and boyfriend Brock Davies are expecting a rainbow baby, has also had a falling out with Stassi Schroeder after the Next Level Basic author was unhappy that Scheana spoke about her firing.

Bravo cut ties with Stassi, 32, and Kristen Doute in June after racially insensitive comments from their pasts resurfaced. While Vanderpump Rules typically films in the summer months, the network has yet to pick up the show for a ninth season amid the coronavirus pandemic. If the series does indeed come back, Ariana noted that the show might run into issues filming without Stassi, who is also pregnant with a baby girl, and Kristen, 37, as they are still friends with the group.

“I would think that they just wouldn’t be at any filmed thing. Of course, Katie [Maloney] is very close with both of them. I mean, I’m close with Kristen. We all still know each other,” the Fancy AF Cocktails author said. “I think that, like, when it comes to filming and stuff, they would just not be at something that is filmed. But, then again, who knows if the showrunners have different ideas.”

She continued, “You also run into the issue of, if someone’s there, do you put a mic on them? And then if you do then, shouldn’t you pay them? It’s like, who knows! I think it gets complicated! … If I were Bravo, I would be like, ‘You know what, we can’t! It’s too much to deal with. It’s just too much. We’ll just not go there.’”

Scroll through for more from Ariana: