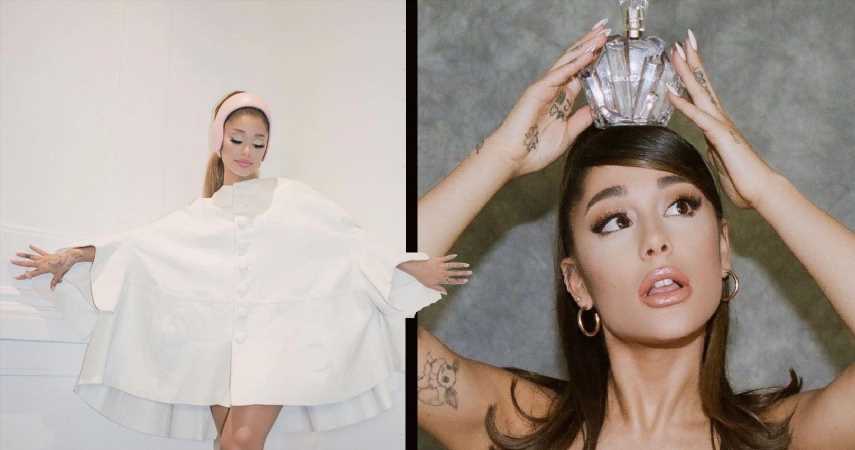 Ariana Grande is one of today’s highest earning singers, and is best known for her incredibly successful career in the music industry. She has released hit after hit, each one more popular and widely received than the last, and her concerts sell out mere minutes after ticket sales become available.

At the age of just 27 years old, she has already received worldwide attention for her talents and has already accomplished more than most people do in an entire lifetime. She’s not just a pop star that has received attention in the music genre. Cosmopolitan reports that she has actually pursued a series of projects and worked on a variety of other avenues that help to generate millions. Her current net worth is valued at $180 million and it continues to grow exponentially. Showing no signs of slowing down, Ariana Grande is a powerhouse that continues to earn money at a rapid pace.

Ariana’s most loyal fans and followers may already be aware that she had an earlier rise to fame on Victorious that is often overlooked.  Before she became a bonified pop star, she was earning as much as $9,000 per year from appearances on Victorious, alone.

TMZ has also revealed that she earned a whopping $7,500 resulting from the show’s licensed use of her music. Their calculations estimate that she earned at the very least $513,000 from this show alone.

One of the highest and most substantial contributors to Ariana’s success is the money generated from her concert tours. According to Cosmopolitan; “Ariana’s 2017 Dangerous Woman tour spanned five continents and ended up grossing a casual $71 million in just seven months.” On top of that enormous income, she was generating over $50,000 in merchandise sales each night.

In 2015, her Honeymoon tour  made $40 million in 8 months and her Sweetener World Tour grossed  $243.5 million, worldwide. The Dangerous Woman Tour alone raked in over $70 million.

Of course, music is the main source of income for Ariana, and it generates millions each year. Her top hits include Thank you, Next, and Side to Side, which according to Harpers Bazaar “have generated $29.5 million from single downloads as of 2018.”

Grande also generates a fortune from Spotify and Apple Music, as well as paid campaigns on her social media platforms, including YouTube and Instagram.

But she doesn’t stop there…

Monopolizing on her current fame has meant that Ariana puts her face forward in a series of brand endorsement, and she has enough of them to make anyone’s head spin. Big brands and leading labels all want to be connected to Ariana in some way, which has resulted in a massive fortune being earned through endorsement deals alone.

She has been the face of huge brands such as; Givenchy, Reebok, Guess, MAC, Starbucks, Fiat, and even Samsung.

Coachella is known as one of the biggest concert events of all time. Hosted annually at the Empire Polo Club in Indio, California, this massive festival runs continuous live events at a series of stages across a huge space. Tickets for this incredible event full of endless entertainment comes at a very high cost. This event gives fans a chance to see a multitude of their favorite stars over the course of several days, and at the same time, it allows artists the opportunity to play to massive audiences that may not otherwise get to experience their music live.

Ariana Grande definitely capitalized on this opportunity. She headlined Coachella and knew she’d be generating a whole lot of money, but nobody expected it to be quite this much. It turns out she earned a whopping $8 million during her time at the festival.

Many celebrities launch their own fragrances, and have done so with huge success. Joining the list of celebrities that see the value in having all their fans smell just like them, is Ariana Grande.

She joined forces with LUXE brands and worked hard to create fragrances that she is both proud of, and happy to promote to her millions of followers. She has agreed to launch a series of products with LUXE, but her fragrances quickly took the spotlight as they immediately flight and saw huge success.

Fans were able to enjoy the signature fragrance called Ari in 2015,  and just a year later, she came out with the second scent called Sweet Like Candy. This was soon followed by Moonlight in 2017, Cloud in 2018, and Thank U in 2019.

Ariana Grande has generated an absolute fortune with perfume sales alone, making more than $150 million in the first 2 years alone.

READ NEXT: DMX: From Fortune To Financial Woes

'The Office': John Krasinski Said He 'Damn Near Died' During This Hilarious Moment