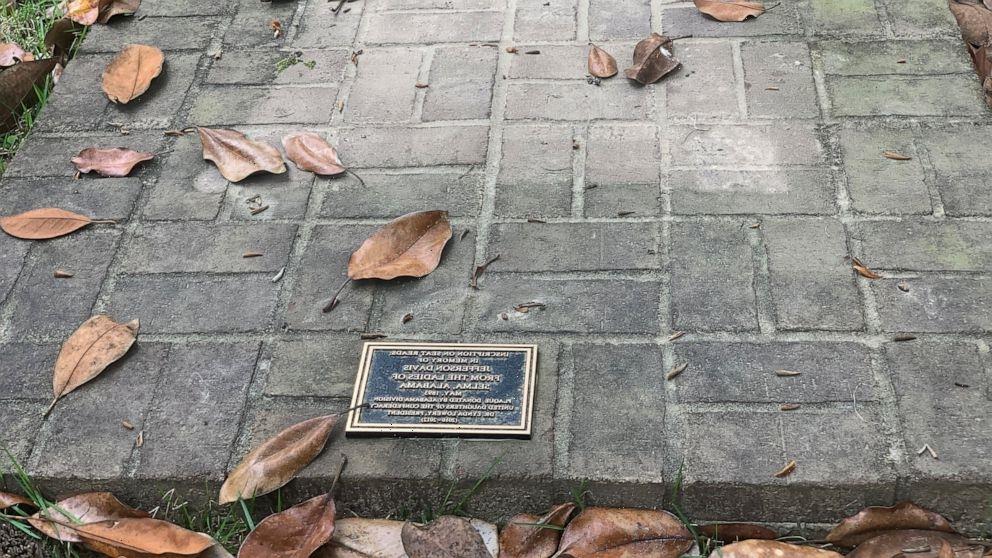 SELMA, Ala. — Police in Alabama have issued an arrest warrant for a man in connection with the bizarre theft of a Confederate monument that was taken from an Alabama cemetery and found in Louisiana.

Warnick was already facing charges of possession of stolen property after police said the monument ended up in his New Orleans tattoo shop.

An attorney for Warnick said he denied being involved with the theft, which sparked national news stories before the monument was recovered.

“This knowledge is very new, but we are in contact with the Selma Police Department and will be making plans over the next few days,” attorney Michael Kennedy wrote in an email. “That being said, Mr. Warnick categorically denies any involvement with the theft of this memorial art installation and intends to defend himself and his reputation vigorously.”

Warnick and two other people were previously charged with possession of the chair after it went missing.

The strange saga began March 20 when a representative of the United Daughters of the Confederacy reported to police that the “Jefferson Davis Memorial Chair” had gone missing from Live Oak Cemetery, located in a riverside city known worldwide for its links to the civil rights movement.

The chair has no direct connection to Davis, the president of the Confederacy, but it was a monument to him located near other rebel monuments in a private section of the city-owned cemetery.

Someone sent an email signed “White Lies Matter” to news outlets claiming responsibility and saying the chair would be returned only if the United Daughters of the Confederacy agreed to display a banner at their Virginia headquarters bearing a quote from a Black Liberation Army activist.

A later email included photos of someone wearing Union soldier garb posing on a chair that looked like the missing one but with a hole cut out of the seat. A final email said those photos were fake and the real chair was being returned unscathed.

The chair-shaped monument, which the United Daughters of the Confederacy valued at $500,000, was recovered in New Orleans.