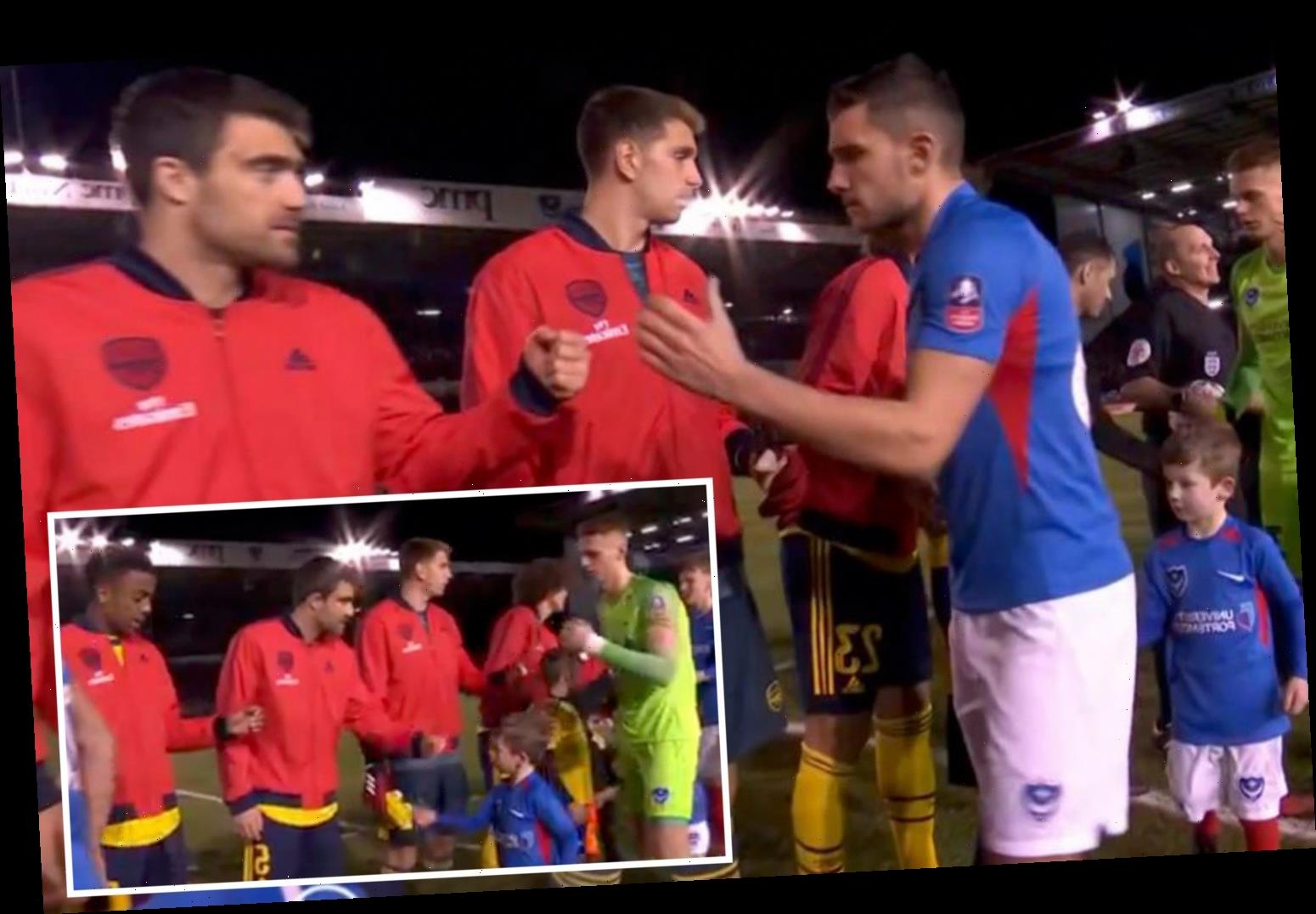 Several Gunners' stars were reluctant to make too much contact with players from opponents Portsmouth as they lined up at the start of Monday's FA Cup match. 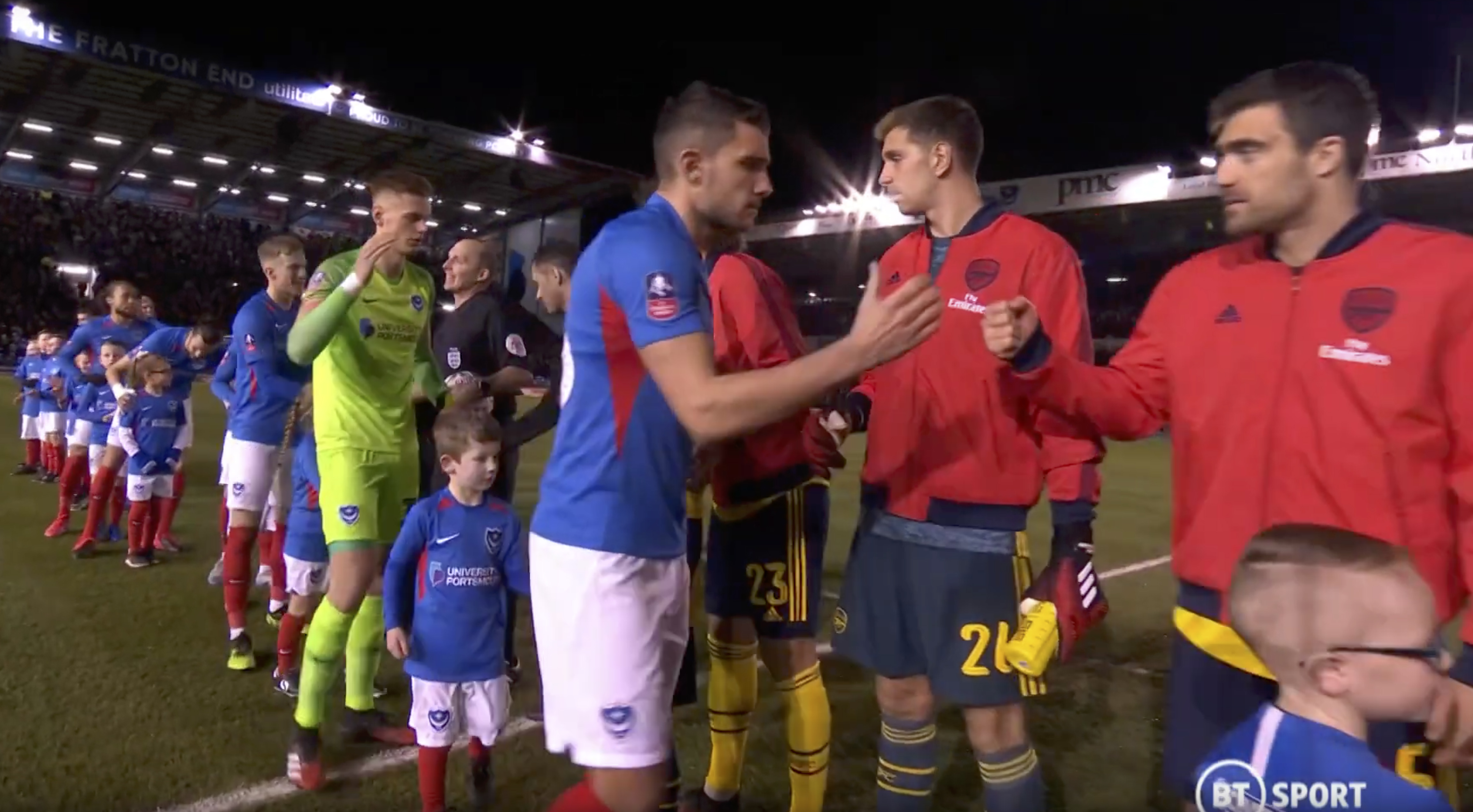 Instead of a traditional respect handshake, players offered their fists to the League One side before their 2-0 triumph.

While Arsenal captain David Luiz did elect for a handshake, goalkeeper Emiliano Martinez instead closed his fist and bumped it with the Pompey players.

Greek defender Sokratis also offered the same gesture and even did the same with the young Pompey mascots.

Gunners boss Mikel Arteta has previously admitted the families of his players are "concerned" by the ongoing coronavirus outbreak.