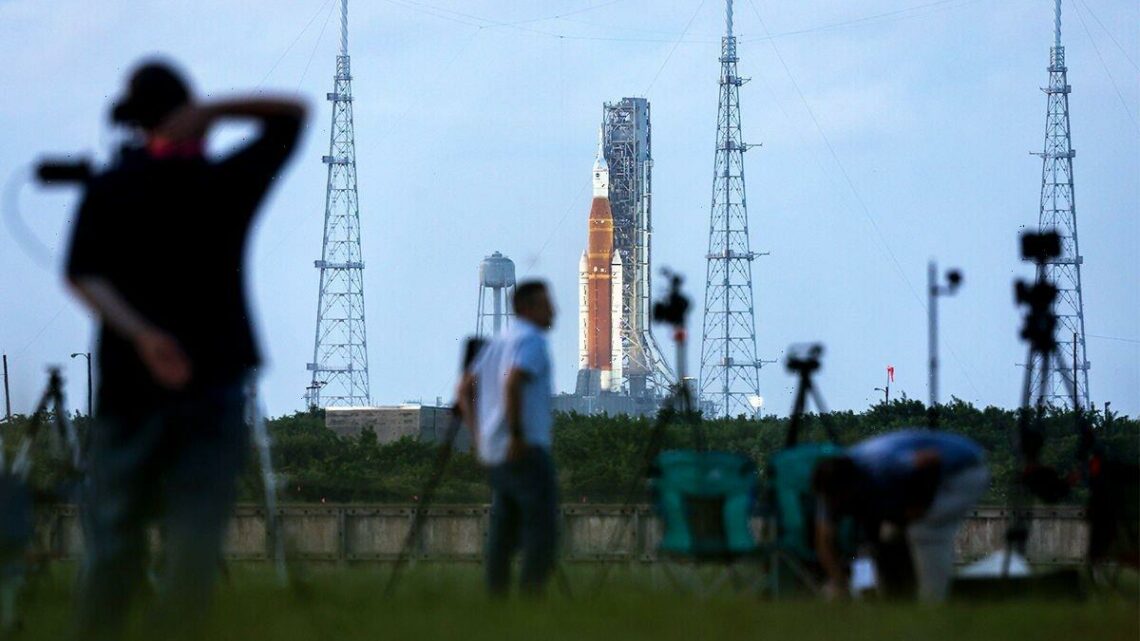 The Artemis I mission’s giant, 322-feet-tall “Space Launch System” (SLS) rocket will lift-off from Pad 39B, less than a week after the previous attempt which was aborted by NASA just 40 minutes before its scheduled launch time following problems with the number three engine. The mission is expected to take around 42 days to complete — looping repeatedly around the Moon — with the Orion spacecraft planned to ultimately splash down in the ocean near Baja, California, on October 10. The craft — bearing three radiation-measuring “phantoms”, including two female torsos and one life-size male manikin — will pass as close to the lunar surface as 62 miles, but also journey out some 40,000 miles beyond the Moon before it returns to Earth. A key goal of the test flight, in fact, will be to test that the heat shield on the “Orion” space capsule is capable of surviving atmospheric re-entry. 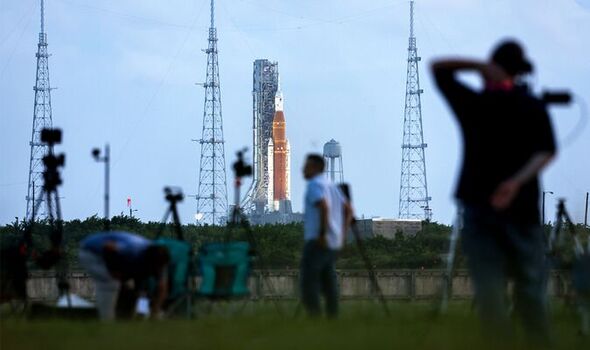 The launch, she added, “will provide a foundation for deep-space exploration and demonstrate our commitment to extend human existence to the moon, and on to Mars.”

Artemis I is to be the first in a series of “increasingly complex” lunar missions.

Today’s launch will be followed up by Artemis II — currently scheduled to blast off in May 2024 — which will carry astronauts into orbit around the Moon. 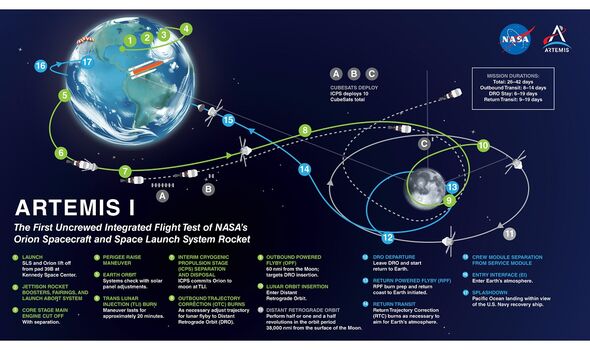 Then in 2025, Artemis III will see humanity return to the surface of the Moon for the first time since the Apollo 17 mission in December 1972.

Two of the mission’s four-strong crew will reach the lunar surface from orbit on board SpaceX’s Starship Human Landing System.

And one of those two astronauts will make history by being the first-ever woman to step foot on the lunar surface.

NASA have also said that the Artemis missions will see the first person of colour walk on the Moon.

Here in the UK, the Goonhilly Earth Station in Cornwall will be tracking the uncrewed Orion capsule, alongside providing — in tandem with the European Space Agency — communications for a number of small satellites being launched on the mission.

The lift-off is being live-streamed on NASA TV.

In case you missed it…

Express.co.uk’s very own Anthony Ashkenaz has interviewed a senior official at the UK Space Agency, who discussed Britain’s contribution to the space programme as a whole, and how the UK’s help is bringing humanity to Mars and beyond:

Meanwhile, also on the space front, I interviewed materials expert Dr Vivek Koncherry earlier this week about his ambitious goals to turn Manchester into a hub for the manufacture of cutting-edge space habitats using graphene and other two-dimensional materials. A UK space station is within reach in five years, he told Express.co.uk:

NASA engineers are working to troubleshoot a hydrogen leak in a quick disconnect cavity that was spotted earlier this afternoon while fuelling the SLS rocket.

It is understood that two different plans to address the problem have been tried so far — neither have worked.

The hydrogen team started brining liquid slowly into the tank, but as they raised the pressure, the leak detector went above 4 percent.

NASA spokesperson Derrol Nail has said the engineers are “now looking for another plan to get this leak to seal.”

Good afternoon. I’m Ian Randall and I’ll be bringing you the latest on today’s Artemis I mission launch for the next seven-and-a-half hours.

HARDY, Lainey Wilson Team Up On Wait In The Truck