Home » Lifestyle » Arthritis at 23: 'I struggle to walk – but people don't believe that I'm ill' 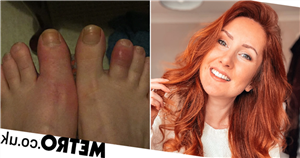 Arthritis at 23: 'I struggle to walk – but people don't believe that I'm ill' 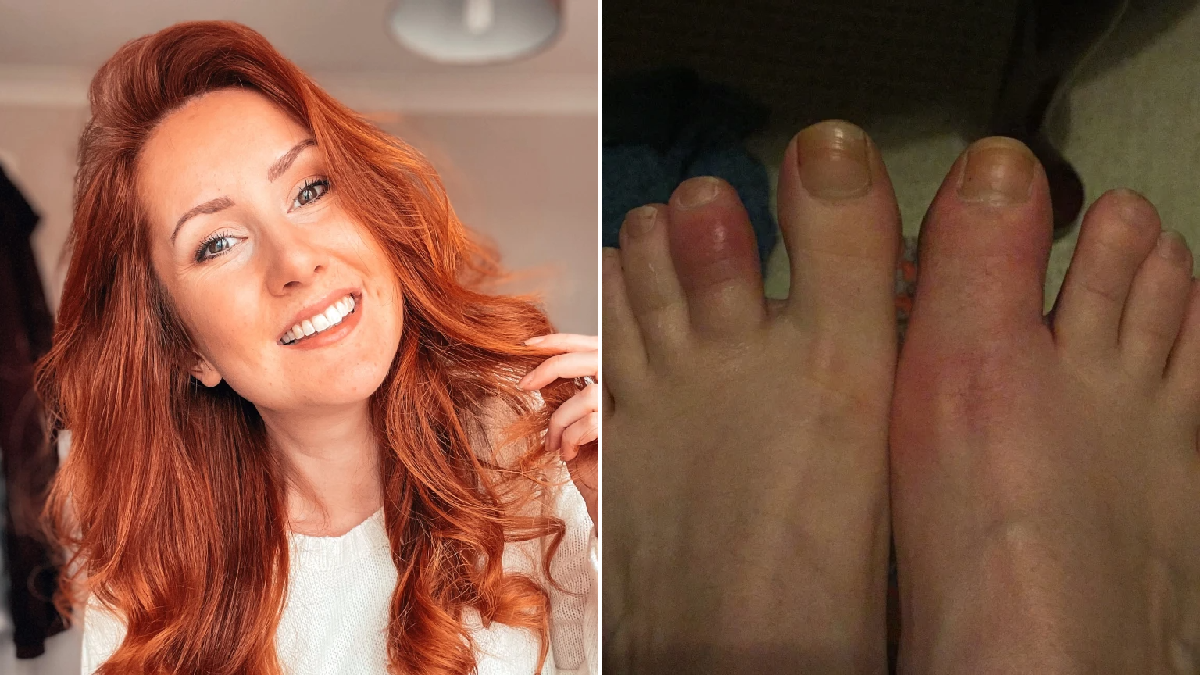 Georgia Morris was diagnosed with a form of arthritis when she was just 23, after months of suffering with a mystery condition that left her joints so sore and swollen she couldn’t get up the stairs.

Thanks to the ‘hidden’ nature of her condition and the fact that it is typically associated with older people, Georgia says she struggles to get the support she needs – and even her closest friends and partner sometimes forget that she is ill.

‘For about a year before I was diagnosed, I had no idea what was going on,’ Georgia tells Metro.co.uk. ‘I worked in theatre and my psoriasis started just before a tour – it was the tiniest patch on my head

‘When my tour contract ended, I started a full-time teaching job. A few months later my right foot ballooned and while I was fake tanning I noticed that I had a rash on my entire leg.

‘My toes were swollen and red raw. I thought, “what on earth is that?!”’

At this point, Georgia was still going to the gym, even though she needed crutches because the pain was becoming so bad.

‘But it got to the point where I couldn’t exercise, drive or go up the stairs,’ she says. ‘Sometimes I couldn’t get out of bed.

‘Once, I had to call my housemate because I needed to go to work and they had to help me get ready.’

Georgia has psoriatic arthritis, which is a form of the illness that affects some people with the skin condition psoriasis. It typically causes affected joints to become swollen, stiff and painful.

Like psoriasis, this type of arthritis is a long-term condition that can get progressively worse. If it’s severe, there’s a risk of the joints becoming permanently damaged or deformed, and surgery may be needed.

The illness causes very painful joint inflammation in Georgia’s body, fatigue, red raised skin and swelling in the fingers and toes, known as dactylitis or more commonly as ‘sausage digit’.

‘When I eventually saw the rheumatologist and told him I have psoriasis, he sent for bloods,’ says Georgia. ‘He said I needed to try to walk without crutches to get movement back in my foot.

‘It was a relief to get the diagnosis, but being given drug information was more overwhelming because you have to make a decision about treatment and medication.

‘I was offered methotrexate but for me, the side-effects of this medication outweighed the benefits. I wanted to try another option, but I realise not everyone can do this.’

After her diagnosis, Georgia moved to London while she was in the middle of a flare-up and started a new full-time teaching job.

‘I commuted via tube and had my “please offer me a seat badge” on, but the TFL workers had to get on the train and get someone to stand up to give me a seat. Once everyone stared at me and I just broke down,’ Georgia recalls.

She says the hardest thing is when people forget that she actually has a debilitating illness.

‘I still struggle to walk sometimes, I wear wrist straps and supports and insoles every day, and these aren’t things that are visible to the general public,’ Georgia says. ‘Even my close friends, partner and family forget at times.

‘However. I try not to let this get to me as this is unfortunately something that comes with the “hidden disability” aspect of the condition.

‘I don’t look ill and sometimes you have to remind people how you really are.’

Georgia says she was relieved when she finally received a diagnosis because it took months for her to get any real answers.

‘But I was also scared because it’s not something that was talked about with younger people getting arthritis,’ she adds. ‘Slowly over the years, it’s becoming more and more talked about – which is so amazing.

‘I was also scared because I was told there was no way to manage the condition apart from medication, and the way the medication is talked about can be quite overwhelming.

‘Plus, being younger you don’t really see much shared online from other younger people – or at least I didn’t when I was diagnosed.’

A burlesque in drag: this ain’t your grandma’s opera

Im A Celebrity viewers slam shows line-up: Ant & Dec are the only famous ones
Recent Posts