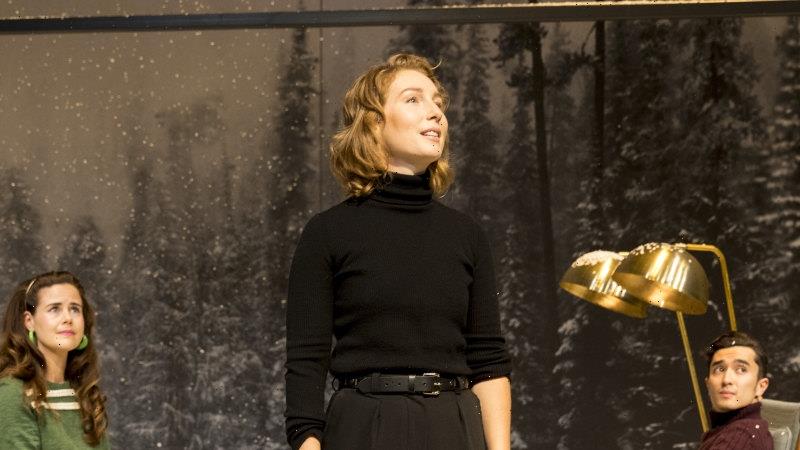 As Hamlet, this female actor outclasses most blokes I’ve seen

Arts Centre Melbourne until May 14

This Hamlet from Bell Shakespeare stars Harriet Gordon-Anderson in the title role, though gender-blind casting should hardly raise eyebrows in 2022. 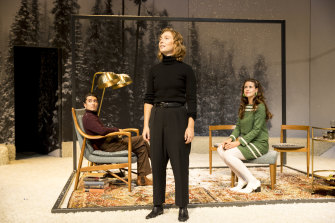 Shakespeare’s works deliberately play with gender (boys played female parts on the Elizabethan stage, after all) and that fact that women can act with the same conviction and lustre as male actors do should be obvious to all.

Women tackling Shakespeare’s men did cause needless controversy in Australia a decade ago when the brittle feminism of the MTC’s Queen Lear undermined its own project. The adaptation did a disservice to Robyn Nevin – a flinty, uncompromising actor who deserved a chance to scale the mountain of Lear as written.

But the issue has long since been put to rest.

In the UK, Glenda Jackson triumphed as Lear in 2019 and Kathryn Hunter will play it at the Globe next month. Here, Kate Mulvany spearheaded a riveting Bell Shakespeare production of Richard III in 2017, and if Harriet Gordon-Anderson doesn’t always command the stage the way Mulvany did, she outclasses most blokes I’ve seen try their hand at Hamlet.

Depression dominates this Dane. We bear witness to a Hamlet light on glamour and unafraid to be unlikeable, often played with deliberately flat effect. Inner turmoil is wrested to life in soliloquies that seem less self-dramatising for being the only outlet for unexpressed grief.

Distinctive histrionic insights make Gordon-Anderson’s performance consistently interesting – from playing the “very like a whale” exchange with Polonius as a cold assertion of power to the immature spite and performance anxiety that marks Hamlet’s treatment of Ophelia – even if those moments aren’t quite stitched together into a coherent reading of the character.

Lucy Bell’s Gertrude is an innocent – a woman deeply in love, who both adores her son and is terrified by his behaviour, her anguish more affecting for its quiet intensity. Robert Menzies plays Polonius as an affable, intelligent, well-meaning courtier who is overprotective rather than punitive towards his daughter.

If Peter Evans’ direction had been able to get the nuance in those two performances across the board, it would have been a terrific production. Some actors are left to their own devices, though – notably Ray Chong Nee, who has the talent (and the resonant voice) for Shakespeare but seems too fruity and frenetic as Claudius.

While Anna Tregloan’s design can serve the tragedy well – placing the audience behind the arras with Polonius is an inspired idea – it also proves a decorative distraction.

The 1960s setting could do without Hamlet’s childhood videos plastering unearned sentiment everywhere, and the constant spectacle of snowfall on shagpile risks leeching attention from the performances.

It doesn’t matter that much. The ensemble is secure enough to deliver a Hamlet in which even veteran theatregoers will find something fresh – a feat in itself – and Shakespeare lovers won’t be disappointed by the performance standard.