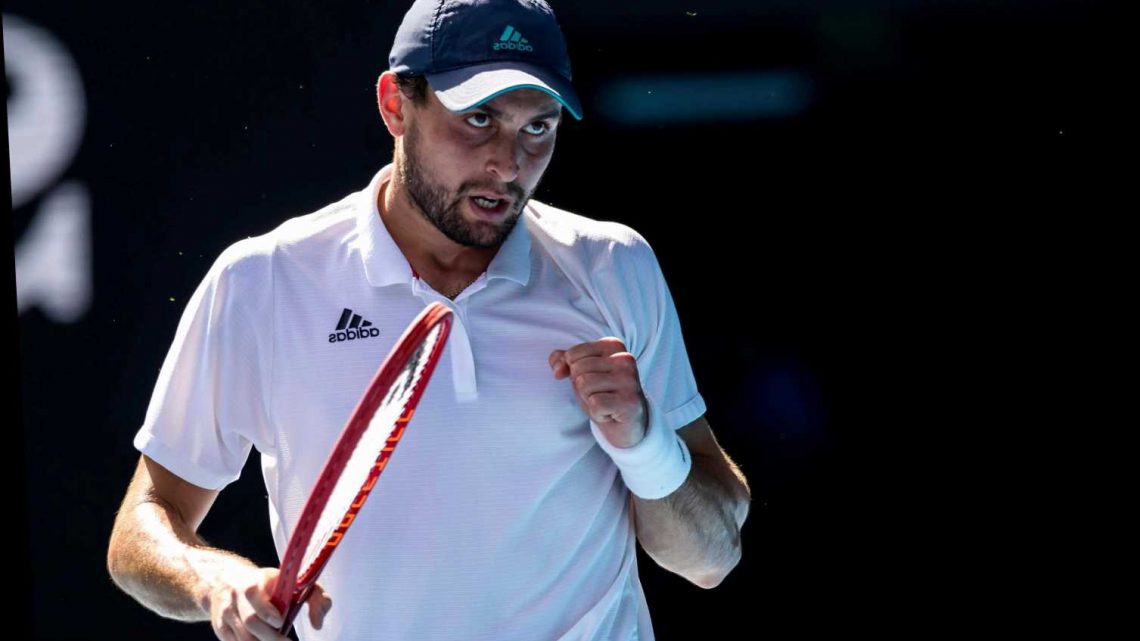 'Land' review: A soulful, but simple, take on nature and trauma

'Judas and the Black Messiah' review: Galvanizing, shocking and true

Stop with the terrible 'Wizard of Oz' adaptations

The Golden Globes 2021 nominations are more ridiculous than ever

Call him the Karatsev Kid.

When Aslan Karatsev won his match against Grigor Dimitrov at the Australian Open on Tuesday, you could almost hear the nostalgic first notes of “You’re The Best” or “Gonna Fly Now” start to fill Rod Laver Arena.

The qualifier’s mind-blowing run in Melbourne has been like an ‘80s underdog movie come to life.

For Karatsev, simply being there is an against-the-odds achievement. The 27-year-old Russian, ranked 114 in the world, had never played in the main draw of a Grand Slam tennis tournament before last week. Nobody’s heard of him! Even ESPN commentator John McEnroe, who at this point could probably tell you Roger Federer’s favorite Thai restaurant in Minsk, admitted he’d never seen this guy so much as bounce a ball. And yet, here was Karatsev advancing to the semifinals of a major.

In a sport long dominated by a few multi-millionaire titans pushing 40, the Russian has taken us about as close as we’ve ever been to witnessing “Rocky” play out on a court. It’s been an infusion of vigor that men’s tennis desperately needs.

Still not convinced? Consider these remarkable stats: Karatsev is the lowest-ranked male qualifier to reach the semifinals of a slam since Goran Ivanisevic managed it at Wimbledon in 2001 (just five have done it ever.) And he is the only man to make it to semis on his grand slam debut in the Open Era.

Eat your heart out, Hoosiers.

Even more Hollywood is his scrappy style. His opponent on Tuesday, Dimitrov (every name in pro tennis sounds like Ivan Drago), gained the nickname “Baby Fed” early in his career because, like Federer, he has a fresh-off-the-yacht sheen and employs a graceful single-handed backhand. On the other side of the court was a less-poised, passionate Karatsev responding with unrelenting brutality and unexpected angular returns.

He’s not great up at the net, but like many imperfect film heroes, he overcompensates in plenty of other areas.

As Karatsev fended off major talents such as the No. 8 seed Diego Schwartzman and No. 20 seed Felix Auger-Aliassime during week one, the string of triumphs was dismissed by some as a fluke. On Tuesday, McEnroe was still asking during the quarterfinals whether Karatsev is a “pretender or a contender”?

He’s been joined by the usual naysayers who are already throwing a bucket of water on the world’s enthusiasm, like those wet blankets who said Daniel Larusso cheated in “The Karate Kid.”

Dimitrov, like a number of players at this year’s quarantine-hobbled Australian Open, was suffering from back and abdominal pains during his match. Does that put an asterisk on this win? No! It’s tennis, you morons, not knitting club. Enduring two physically and mentally grueling weeks in a variety of unpredictable conditions is what earns you the trophy — and the money. The circumstances are rarely perfect. Just ask that line judge Novak Djokovic torpedoed in the neck last year.

Speaking of the Serb, Karatsev will face off against world No. 1 Djokovic on Wednesday for a spot in the finals. And around the world tennis fans are wondering, will he be Karatsev’s Ivan Drago, or his Apollo Creed?

'Little House on the Prairie': Why Melissa Gilbert Stared at Ronald Reagan While She Delivered Michael Landon's Eulogy
Recent Posts