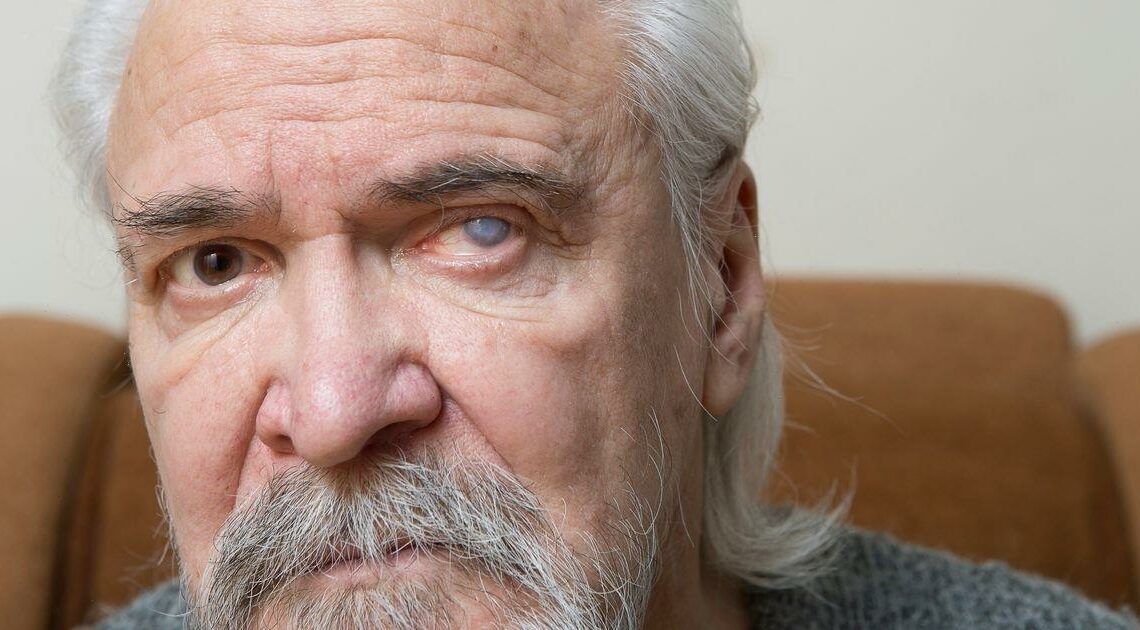 A blind woman has shared her experience of a frightening visual condition that can cause vivid hallucinations – but has not been heard of by over a third of medical professionals.

As many as one in five people in the UK with sight loss could be suffering from Charles Bonnet Syndrome (CBS), leaving them suffering from intense visions that can be disturbing or even terrifying.

The condition affects those who have lost 60% of their sight or more – meaning that at least one million Brits will be currently living with the condition.

But worryingly, CBS is little-known among health experts – with a poll of 1,100 GPs, doctors, and optometrists revealing that 37% admit to being unaware of it.

However, of those who don't know about CBS, more than a tenth (11%) can recall visits from patients who had displayed symptoms of the condition.

Over three-quarters (78%) would look to rule out mental illness or dementia first before diagnosing a patient with CBS, even if they believe that’s what they are experiencing.

And 28% would not feel confident diagnosing a patient with the condition. Even among the professionals who are aware of it, one in ten admit they have a very limited understanding, and half (51%) would like to learn more.

CBS, which is widespread among the blind and partially-sighted community, is caused when sight loss reduces or stops regular messages getting from the eye to the brain.

This leaves the brain with nothing to interpret, so it creates its own visions.

However, the condition is not taught in medical schools – and more than three-quarters (78%) think it should be highlighted more when studying for a medical degree or qualification.

The research was conducted by Esme’s Umbrella, the only UK charity which offers support to those who live with CBS and their families.

One of its volunteers, Nina Chesworth, who has yet to receive a diagnosis after four-and-a-half years, spoke about her experience with the condition.

She said: “I first started experiencing the symptoms of CBS straight after I lost sight in my left eye after a traumatic incident.

“After waking up from surgery, I was seeing a lot of blaring colours, but I was just told it was my mind playing tricks on me.

“As time went on the colours began to develop into shapes, then ghost-like images – faces which were Picasso-esque, zombies, and animals.

“This became so intense and frightening, so I researched what the visions could mean – and it wasn’t until I found out about Esme’s Umbrella and reached out to them that it started to make sense.

“The charity invited me to meet Professor Dominic Ffytche, the UK's lead researcher into CBS, and he explained all about the condition – and I was able to speak to others who were experiencing it, too.

“But my visions became more and more complex, and I couldn’t cope any longer – at this point I spoke with my GP, but they had not heard of it.

“This was four-and-a-half years ago, and I still haven’t had an official diagnosis.

“My ophthalmologist also didn’t diagnose it, and after seeing several specialists, they all had different views of what it might be and what was causing it.

“Only one said they would look into the possibility of CBS after I told them what it was.

“It was from Dominic and Esme’s Umbrella who gave me a real understanding of why it was happening and what to expect.

“It was a massive relief knowing it wasn’t a mental health issue, and it is a possible natural effect of sight loss. This made me feel confident again to deal with my situation.”

The research also found one in four of those polled are not aware of the one specialist CBS clinic in the UK, based in London.

And nearly a fifth (19%) would not know where to signpost a patient with CBS for support with the condition, outside of the health service.

A further 27% would not feel confident suggesting coping strategies for a patient who is experiencing hallucinations.

But when it comes to a condition like CBS, 83% believe it is important the patient’s family have a full understanding of what their loved one is experiencing.

Consequently, 86% make an effort to signpost families to charities to support them, while 88% will signpost those who have been diagnosed to specialist organisations.

Judith Potts, the founder of Esme’s Umbrella, said: “While awareness of CBS is beginning to get better, there is still a clear knowledge gap about it.

“And as a result, stories like Nina’s are still far too common among the blind and partially-sighted communities, where they can really struggle to get a diagnosis for CBS.

“Particularly during these periods where people are being told they might have a mental illness or dementia, it can often cause a lot of unnecessary levels of distress.

“That’s why at Esme’s Umbrella, we want to do our bit to ensure anyone who is living with CBS has access to support, as well as a network of others with lived experience, to help them cope with the symptoms of the condition.”

BBC Chair’s Links to Former U.K. Prime Minister to Be ‘Reviewed’ by Board
Recent Posts